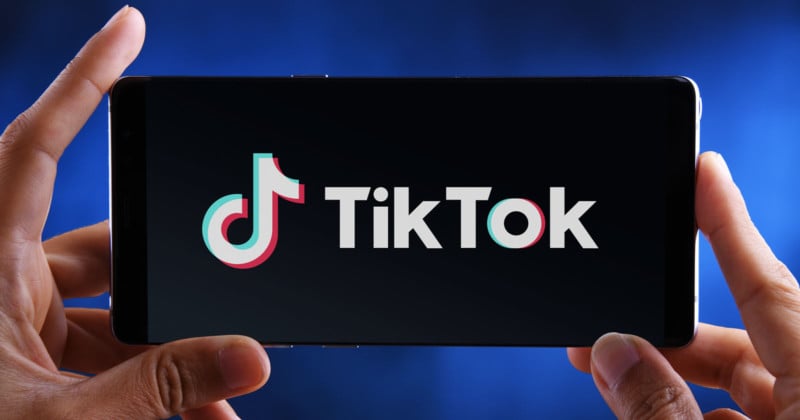 On Tuesday, TikTok confirmed to TechCrunch that it would be testing a new horizontal, full-screen mode with select users globally.

Users who have access to the test feature will see a new “full screen” button appear on square or rectangle videos in their feed.

Once they click the button, the video will shift into a horizontal full-screen mode that takes advantage of all the space on a user’s phone.

TikTok helped popularize portrait-style videos through 15-second clips and helped make it one of the fastest-growing social media platforms ever.

TikTok’s success led to Instagram creating its own vertical short-form video format Reels and Meta moving away from its focus on photos entirely.

TikTok’s decision to test full-screen landscape videos is likely to help the platform compete with YouTube.

Earlier this year, TikTok rolled out the ability for users to upload videos up to 10 minutes in length. The move was seen as a way for TikTok to attract the same sort of longer-form video creators who normally post content on YouTube.

Meanwhile, Google-owned YouTube has also attempted to muscle in on TikTok’s success in short-form, vertical video with its creation “Shorts.”

The test feature comes at a time when data has shown that kids and teens now spend more time watching TikTok than YouTube, reports TechCrunch.

This has been the case since June 2020, when TikTok began to outrank YouTube in terms of the average minutes per day people ages 4 through 18 spent accessing these two competitive video platforms. By enhancing its viewing experience, TikTok is continuing to inch further into YouTube’s territory.

In July, a Google executive also noted that younger users are now increasingly turning to apps like TikTok instead of Google Search or Maps to discover new places or search for information.

TikTok has come under intense scrutiny in the last week after the U.S. Senate passed a bill that bars federal employees from using TikTok on government-issued devices amid national security fears.