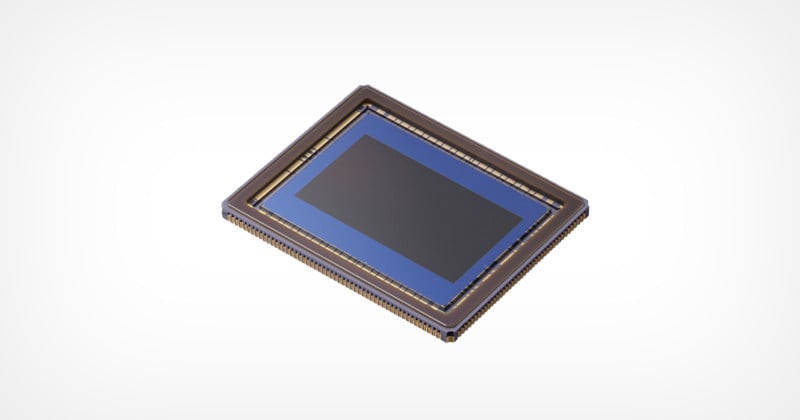 Canon has announced a new 19-megapixel, full-frame, global-shutter sensor that it says is ideal for capturing fast-moving subjects without distortion.

To be clear, this sensor is unlikely to make its way into a camera that will make it onto general store shelves as it is designed for use in industrial or security applications, but it does show that Canon is making advancements in the global shutter space that could point to a consumer-level sensor at some point in the future. It’s not clear if there is any reason why this sensor couldn’t be deployed in a camera made for the general public, though.

The new sensor doesn’t shoot particularly fast — it peaks at 58 frames per second — but it is billed as ideal for capturing a subject accurately without distortion even when either it or the subject is moving at a high speed.

19 megapixels translates to a resolution of 5,688 by 3,334 pixels, which Canon says is about 2.3 times the resolution necessary for 4K. That much resolution means it will allow for wide-field, high-resolution capture imaging and can do so without dropping frames, an issue Canon says is commonly found in similar cameras that attempt to increase resolution since it typically takes too much time to read the data off the sensor. That is not so with this new sensor.

Canon also says that the sensor also has relatively high sensitivity thanks to the 6.4 μm pixel size, which the company says makes it possible to use available light more efficiently. At the same time, Canon says the sensor how low noise and high dynamic range (specifically, it is able to evenly display areas with a lot of contrast, such as the entrances to buildings) thanks to advancements the company says it has made over the last several years.

The image below shows the advantage of a global shutter system: since the full image frame is captured off the sensor at once instead of line by line, the effect known as “rolling shutter” — when straight objects appear to bend — disappears. This is why sensors like this are so highly sought after for high-end creative applications.

The sensor, officially named the LI5030SAC is designed to capture full color, but Canon is also making a monochrome and near-infrared version of the sensor available as well (LI5030SAM and LI5030SAI, respectively). All three sensors are expected to be made available in late January 2023.

Developing a high-resolution, high frame rate, full-frame global shutter sensor is extremely expensive to produce, especially those that are designed for the creative fields.

While they do exist, their relative rarity is why Atomos’s promise of an 8K resolution, 60 frames per second global shutter sensor was met with such excitement: the industry just doesn’t have a lot of options in this space right now, especially not at an approachable price.