Logitech has boldly entered into a pro microphone category dominated by well-known brands and comes out smelling like a rose: its Blue Sona hits every note.

Considering how many professional content creators there are, you’d expect the category of professional studio microphones would be an incredibly crowded space. Browse through a catalog of audio equipment, and your suspicions would seem confirmed, thanks to a seemingly endless list of dynamic XLR microphones for voice recording with prices ranging from below $100 to around the $10,000 range.

Oddly though, from the thousands of available microphones, only a few are considered so well-designed as to be ubiquitous. Peek into recording booths, soundstages, radio stations, and, more recently, the sets of YouTubers, and just a few mics stand out.

One of the most venerable microphones is the Shure SM7B. This unassuming microphone was legendarily used to create Michael Jackson’s Thriller and many more Grammy-winning albums. A stratospheric price might be expected from a mic that’s the favorite of audio professionals and has won so many accolades, but it instead costs a reasonable $350. 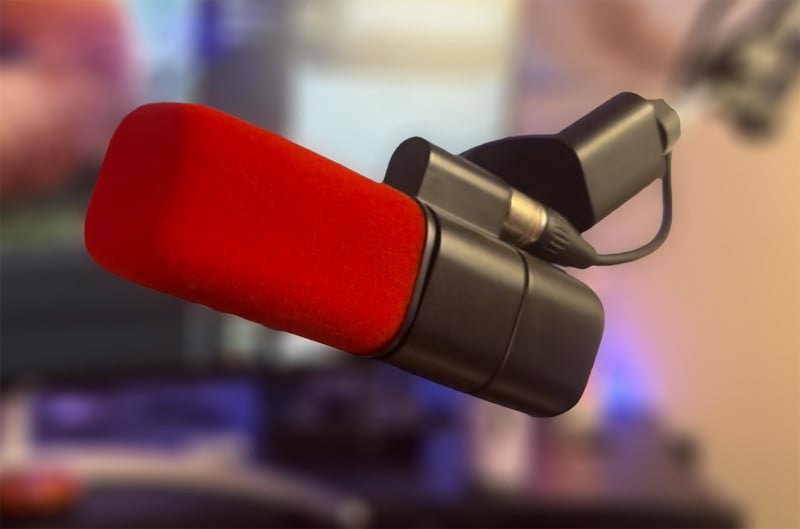 Until now, Logitech has focused its audio efforts on the same streaming gaming segment where its mice and keyboards dominate. The company is looking upstream, and the new Logitech Blue Sona can be seen as either an homage to the Shure SM7B or a conspicuously similar product.

Either through inspiration or conspicuous replication, what Logitech has done with the Blue Sona is create a mic with properties nearly identical to the Shure SM7B but noticeably easier to get set up. It succeeds, as in my tests of the Blue Sona proved to be an exceptionally easy-to-use and excellent-sounding microphone.

This limited pickup area makes it a perfect choice for situations where a single person or instrument needs to be recorded, with any off-axis (not in front of the mic) noise rejected. 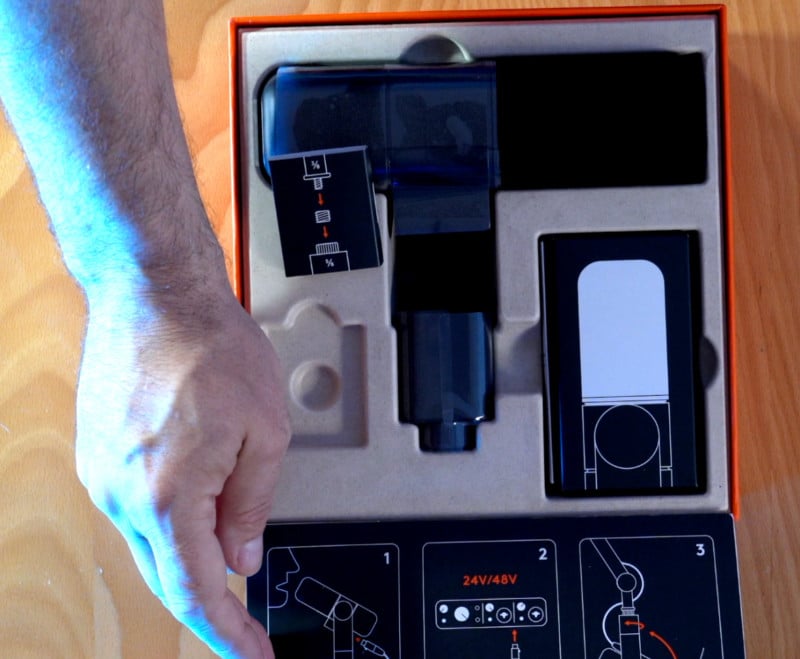 In practice, this type of microphone is ideal for situations where audio coming from anything other than the subject is undesirable. One such environment is the typical soundstage or YouTube recording studio, where the mic can faithfully reproduce sounds from the primary user but reject echoes, background noise, lawnmowers, etc.

In audio terms, this functions like a polarizer, a filter that allows only light from a specific direction to hit the sensor.

While most microphones operate without ever being seen or noticed by their audience, YouTube and video podcasters have their mic front and center in the frame.

Logitech must have had this in mind when it designed the Blue Sona, as the microphone is a more sculpted and slightly more buff mic than the Shure SM7B. Edges on the Blue Sona are rounded and smooth on the entirety of the all-metal mic and mic arm. Only the adjustment knob is plastic.

Even the Logitech Blue Compass, the companion boom arm both the Blue Sona and for Logitech’s other gamer-and-lifestyle-centric creators, is smooth, sculpted, and looks like a robotic arm in a sophisticated manufacturing plant of the future.

Unlike any competitors, Logitech offers the mic in a black or white finish, with the white model being particularly eye-catching. The company has recognized that many YouTubers make their mics a part of the set, centering attention around them nearly as much as around the talent. 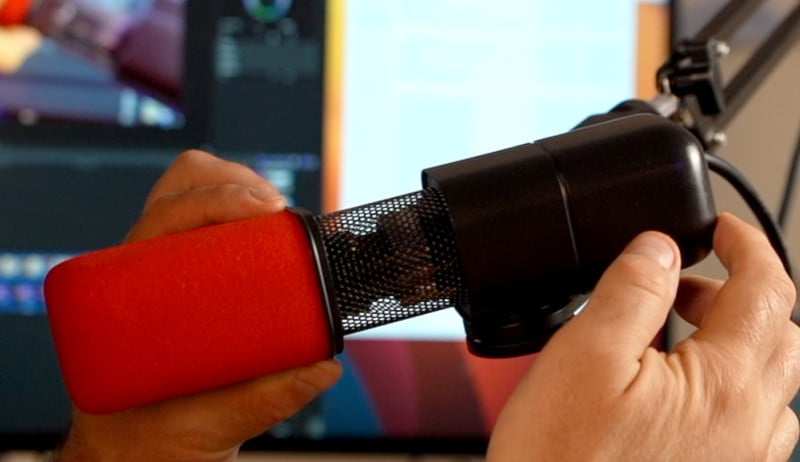 While I reviewed the black model, I much preferred the look of the white Blue Sona, as there’s nothing like it on anyone’s channel. The black and white models come with a black or a red wind cover, and I paired my black mic with the red sock, and it looked good but not as good as I think the white would have looked.

Sadly the Blue Compass arm comes only in black, and while it’s not a huge issue, I think a microphone with a pronounced white color design deserves an equally unique mic stand.

Logitech also opted for using magnets, whereas other companies use friction or latches to hold things in place. The microphone’s wind cover has a small magnetic connector at its base, keeping the cap firmly on the mic, and there is a rear door using magnets to hold a plate over a pair of switches. 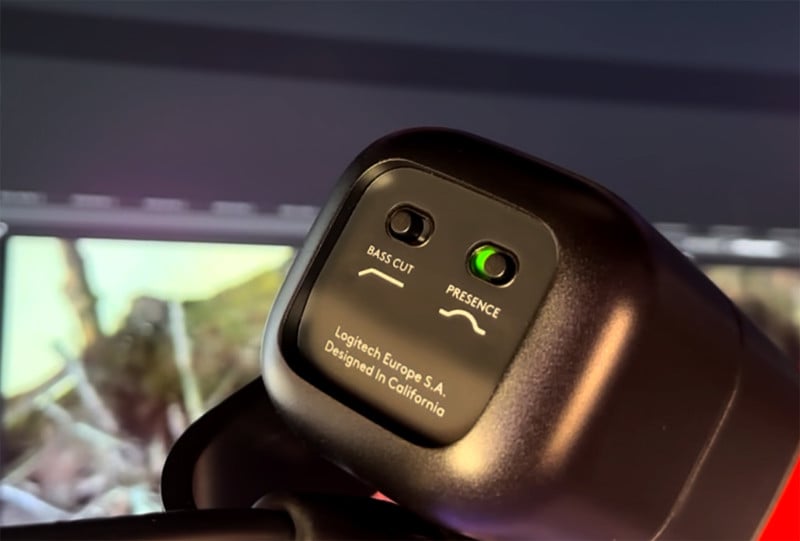 These switches are the only physical controls for the audio on the Blue Sona, with one being a high-pass filter control and the other being a toggle for Presence. Even though these don’t need frequent access, it’s nice to have a fast and visibly clean way to access these controls.

The Shure SM7B has things about its use that are notable. The first is that getting the sound dialed in is a bit finicky, and the second is that once it’s set up correctly, it provides the best audio in its category.

There are YouTube videos on setting up the SM7B that are dozens of minutes long, and several videos exist explaining why other videos have their setup procedures wrong. Even Shure’s materials have content debunking “myths” about the SM7B.

Logitech set out to make a microphone for the creator who has no desire to show off a degree in audio engineering. The Blue Sona works admirably when plugged in and fed appropriate phantom power, and the two on-body switches are enough to tailor the sound to the needs of the majority of users. 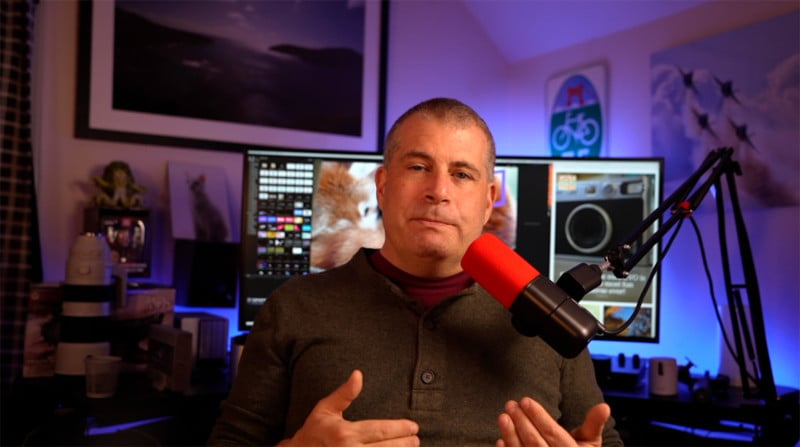 The most cumbersome part of the setup was selecting which XLR to USB-C audio interface I wanted to use to control the Blue Sona input. I went with a deck from M-Audio, though a new control from Elgato called the Wave XLR is probably a better option for anyone looking to do streaming or live broadcasting. The Wave XLR uses the company’s proprietary software to mix computer-generated sounds like system and game audio into the same stream as the microphone, balancing them all out for excellent-sounding game streaming.

The Logitech Blue Sona sounds excellent, even without an EQ or soundboard. The Shure SM7B has a deeper tonality, but the Blue Sona out of the box sounds good enough to go straight into production.

Akin to RAW files from cameras, it’s possible to take any quality mic and tweak it to sound exactly as you’d like, and the Blue Sona is adaptable to a wide range of EQ changes and audio effects; I spent an afternoon messing around with audio presets in Final Cut Pro and GarageBand and can even now make a very accurate General Grevious impression.

There is no noise floor on the Blue Sona that I can detect, and at all but the highest input gain, there’s no audible noise in the audio stream. I usually keep the mic within six inches or so of my mouth. However, with my tests for the video review above, I found I could keep the Blue Sona up to three feet away and, without adjusting gain, increase the levels enough for useable audio without clipping or introducing harsh background noise.

This will allow me to use the Blue Sona on a more extended boom arm in shots where I don’t want a microphone in the frame but want a backup or possibly a primary audio source.

My primary studio mic is a RODE Wireless Go II lav microphone, which I use for various reasons, but primarily because it’s much more flexible than a corded mic — I can move around during my recordings and not worry if I’ve strayed too far from the sweet spot on a boom mic. I also like the Wireless Go II as it provides an excellent neutral audio source, which doesn’t need a lot of post-production work to get dialed in. 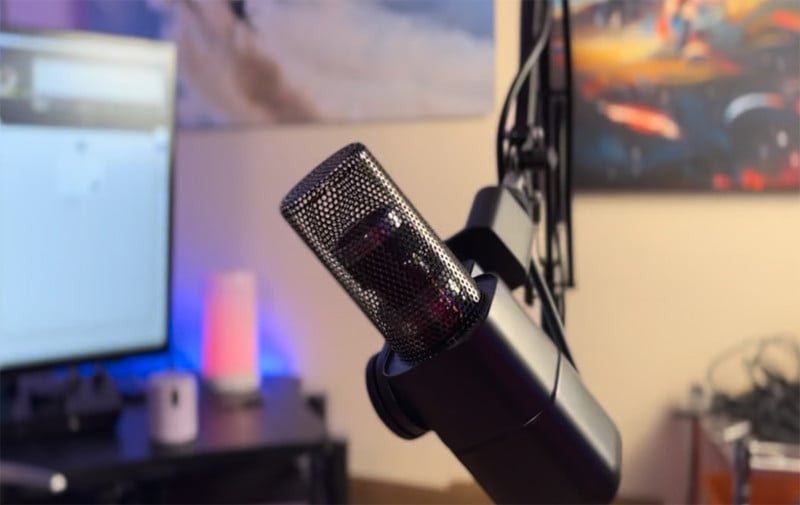 My studio is still essentially not sound-treated, so there’s a good amount of echo, and the Wireless Go II, being mounted close to my body, does a good job rejecting most room echo. Still, the Blue Sona does an even better job, despite being open to the room.

One thing the Wireless Go II does that the Blue Sona does not do is handle plosives well. The Blue Sona suffers from some issues with plosive sounds, although primarily when the mic is close. Adding an extra inch to the mic distance and picking up the levels in software on an EQ board can resolve this. Still, it’s hard to know if one is far enough from the mic to be experiencing popping without being able to wear headphones during recording, something most YouTubers can’t do.

A plosive screen — otherwise known as a pop filter — eliminates this issue, as does moving the mic back a bit, but be sure to get the gain low enough that no hiss or noise is introduced to recover that distance.

If you’re a creator — especially a YouTube creator, streamer, or podcaster — the Logitech Blue Sona is nearly impossible to beat when you consider its price, design, and performance. It has the benefit of being slightly better looking on-camera than the extremely popular Shure SM7B, with virtually identical performance. It’s a great mic.

As mentioned previously, the Shure SM7B is the closest, and for some will be the better choice compared to the Blue Sona. You could also consider the extremely-popular RODE NT1, a large-diaphragm condenser mic with a less similar design to the Blue Sona than the SM7B. The NT1 does have the benefit of being less expensive than the Shure or the Logitech, but it requires a different setup as well. Another option, if you don’t want to deal with XLR, is the RODE NT-USB+.

Yes, as long as you don’t already own a Shure SM7B. The Logitech Blue Sona is as good as the Shure, not better, and the two devices are so similar sounding as to make it a poor choice to replace a functioning Shure mic.

Disclaimer: David Schloss was formerly in charge of media relations for Sony’s Alpha Public Relations agency. While this makes him more familiar with the system, his opinions are his own, are backed by PetaPixel’s editorial team, and are not swayed either for or against the company. Previous to his time with Sony, Schloss racked up more 20 years of journalistic experience and he takes his integrity seriously.