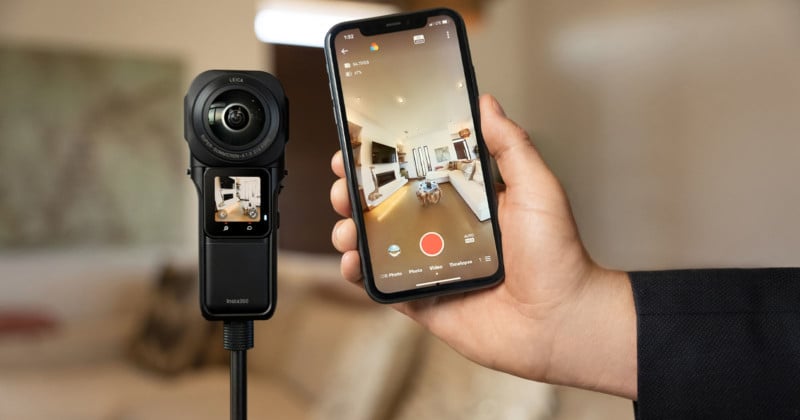 Insta360 has made a set of its compact action camera compatible with Matterport on iOS devices, with support for Android coming “soon.”

Matterport is the biggest name in 3D digital twin technology, specifically with regard to real-estate photography and virtual tours. While the company produces a few of its own hardware products like the Pro3 camera and the Matterport Axis, it is possible to use other cameras in conjunction with the company’s software. Today, Insta360 joins that list.

A set of 3D spaces that have been captured with the combination of the Insta360 One RS 1-inch Edition 360 camera and Matterport software can be found on Matterport’s website.

Insta360 argues, of course, that its RS is now the best camera to use in conjunction with Matterport’s digital twin technology. Insta360 says that because the RS features Type 1 sensors and can shoot 6K 360-degree video as well as 21-megapixel 360-degree photos, it boasts top-level imaging capability in a small package. The company adds that it can also shoot in RAW, two different HDR modes, and can capture usable imagery even in low light. 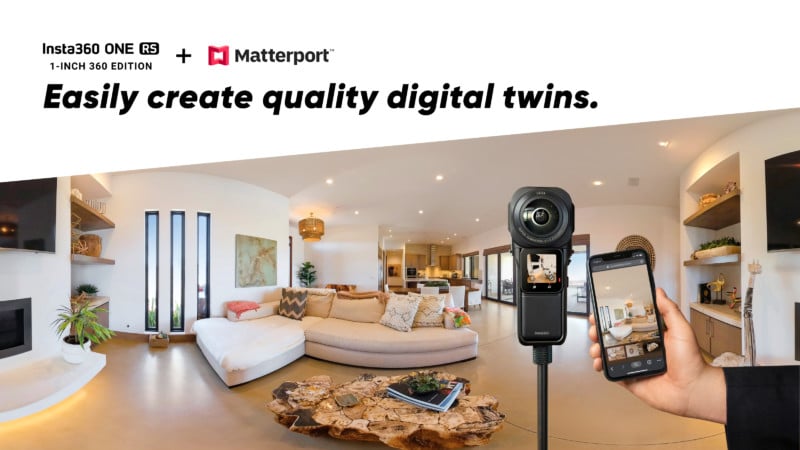 The fact the device is small might be its biggest selling point. While it is possible to use a smartphone with Matterport, enhanced when combined ith the Axis mount, few mobile devices have the imaging capability of the RS. The Pro3 camera probably produces better overall image quality thanks to its 30-megapixel sensor and much larger lens array, but it’s a far bulkier and more expensive system — it costs $6,000 and weighs close to five pounds.

Insta360 targets those sticking points pretty hard, arguing that the Virtual Tour kit it is offering ships with the camera, selfie stick, tripod, lens cap, and 64GB memory card for $860.

Support for the Insta360 cameras — specifically, Matterport supports the One X2, the One R, and the One RS 1-Inch 360 Edition — is rolling out today on iOS devices, with the promise of support for Android devices coming soon. Access to Matterport’s software is free for base features, costs $9 per month for the “Starter” tier, and is $69 per month for the Pro and Business tier. A final tier, Enterprise, is available but pricing is not public. A comparison of those options can be found on Matterport’s website.