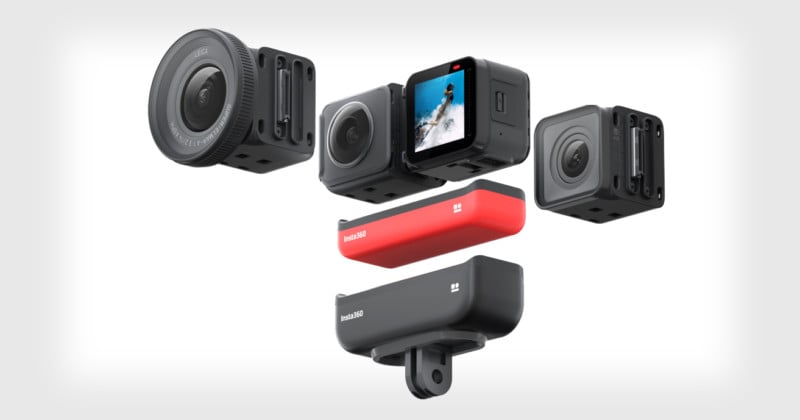 Insta360 has just revealed the (painfully) teased Insta360 One R “adaptive” action camera. The modular creation was co-engineered with Leica, and features a “unique interchangeable lens design” that lets you swap between modules for standard 4K, 360° video, 5.3K with a 1-inch sensor, and more.

It’s hard to see the Insta360 One R as anything other than a more versatile version of the GoPro Hero 8. While GoPro is showing off their Media Mods with attachable mics and lights at CES 2020, Insta360 just released an even more versatile creation that combines a “core” processing unit with a bunch of very useful modules.

“The concept is simple — one battery, one processor and a selection of quick-swapping lens Mods,” explains Insta360. “In an instant, ONE R transforms from a dual-lens 360 shooter to a standard action cam.”

Here’s the One R intro video just released by Insta360:

And some sample footage captured with the camera’s various modules:

The One R “core” comes with three main mods at launch: the Dual-Lens 360° Mod, the 4K Wide Angle Mod, and the 5.3K 1-inch Wide Angle Mod co-engineered with Leica to capture “a level of quality never before seen in an action cam.” These are connected to the One R’s core via the Battery Base and can be swapped out at will depending on the situation you’re trying to capture.

There’s also the special Insta360 One R Aerial Edition, which they’re also calling the Aerial Mod. It’s essentially a mounting system that lets you strap a One R core, a battery, and the two sides of a single 360° camera mod onto a supported drone to capture “airborne 360 views that hide your drone entirely from sight.”

Finally, there are a slew of accessories as well, including a diving case (the One R is only IPX8 waterproof out of the box), a USB-C mic jack, and a double sized “Boosted Battery Base.” 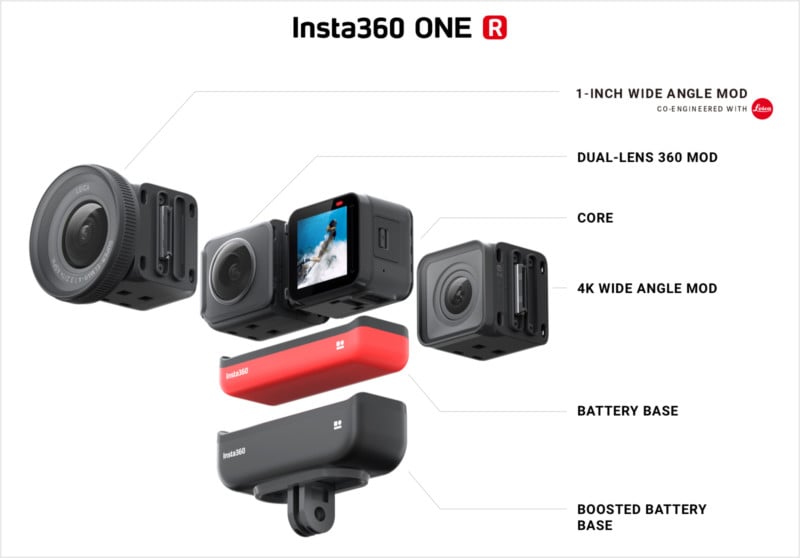 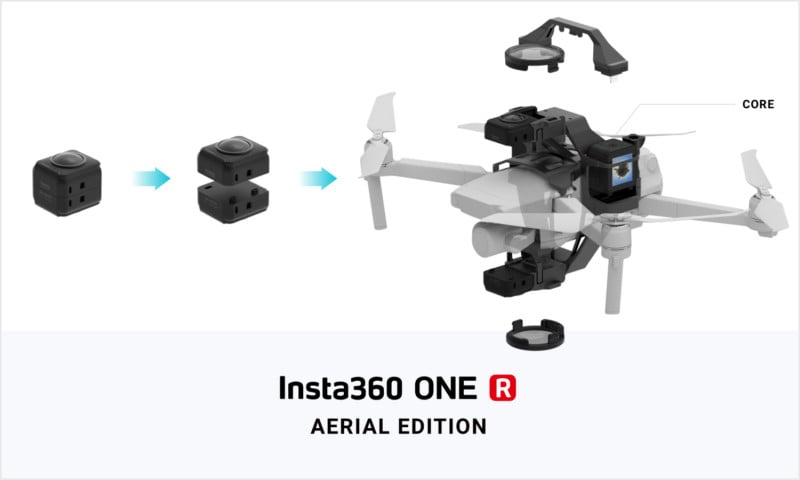 Given all of the possible configurations, Insta360 is selling the One R in a variety of prepackaged “Editions” including the One R Twin Edition—which comes with the 4K mod and 360° mod—for $480; a One R 1-inch Edition for $550; a One R Aerial Edition, with all requisite mounting and camera hardware, also for $550; and a One R 4K Edition for $300 if you just want the core and the Wide-Angle 4K module.

To find out more about this fascinating modular camera system, or if you’d like to pick up one of the Editions for yourself, head over to the Insta360 website.