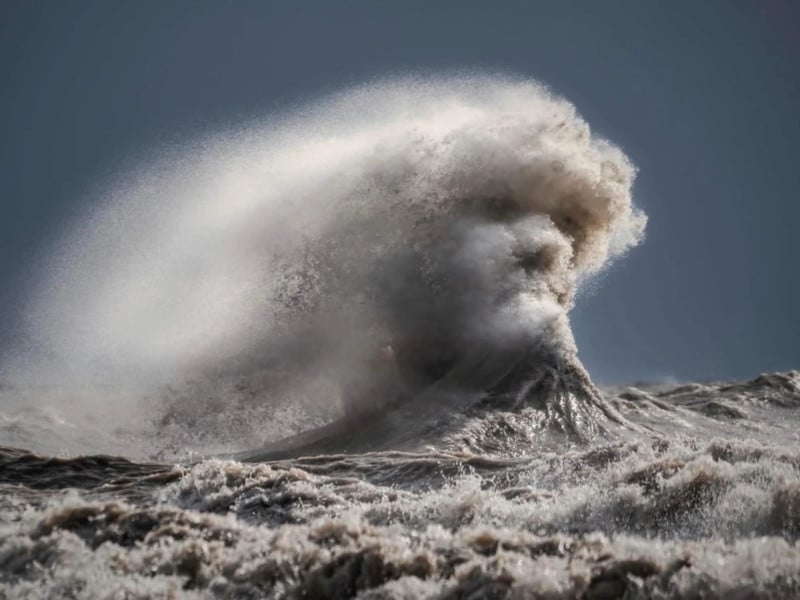 A photographer who captured a clear face in a wave says he was “blown away” by the picture.

Cody Evans tells PetaPixel that after uploading the files onto his laptop he was “amazed” by what he saw.

Evans was shooting photos of the dramatic waves in Lake Erie in Ontario, Canada. He captured 10,000 photos but among them was one very special shot.

“I was kind of blown away,” he tells CBC. “You see a lot of stuff like that in waves and in clouds, but to have it clear like that was just unreal. That photo sure stood out of all the rest.” 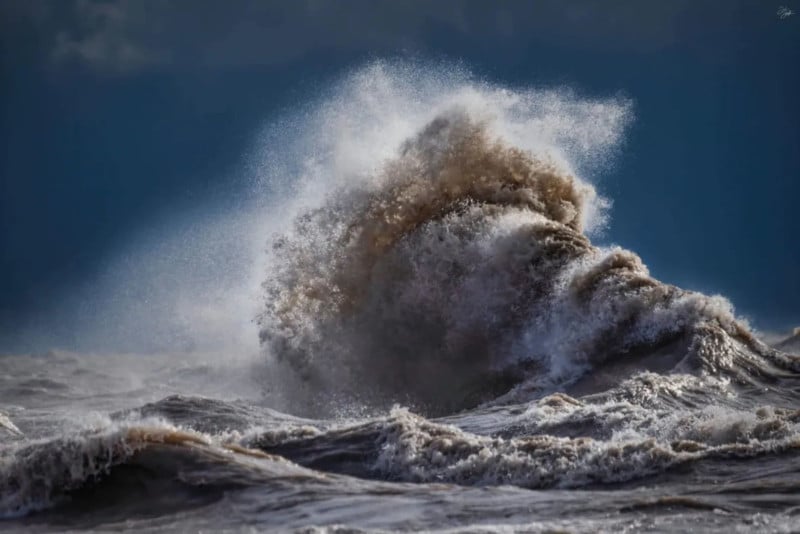 “It was just crazy. It was like the perfect day. I’ve been going there for three years, trying to get good shots and that was by far the best day I had there,” Evans says.

Evans says he believes the face resembles Poseidon, the ancient Greek god of the sea and storms.

Strong November gales gave Evans the opportunity to capture such a magnificent photo. Marine winds pick up to 64 kilometers per hour. 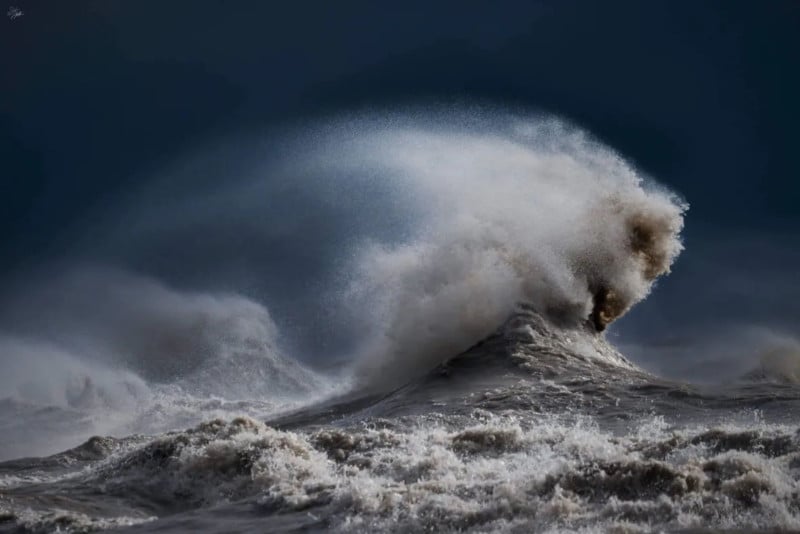 Evans explains to CBC that shooting while being blasted by icy winds is not easy but the gusty winds create great photo opportunities.

“The waves were crashing pretty good because the pier pushes the water back out into the lake so when the water is pushed back out, the waves collide and they cause those peaks,” he says.

Gales are particularly common between the fall and winter seasons thanks to the lakes still being relatively warm compared with the cold air mass.

“In this case, southwesterly winds traveled a long distance over the lake and built up those waves over the water,” explains Environment Canada meteorologist Daniel Liota.

Evans enjoys shooting a diverse range of subjects with his Instagram feed filled with motorsport, aerial, and natural photography.

His photos of the face in the wave are proof that persistence and hard work pays off.