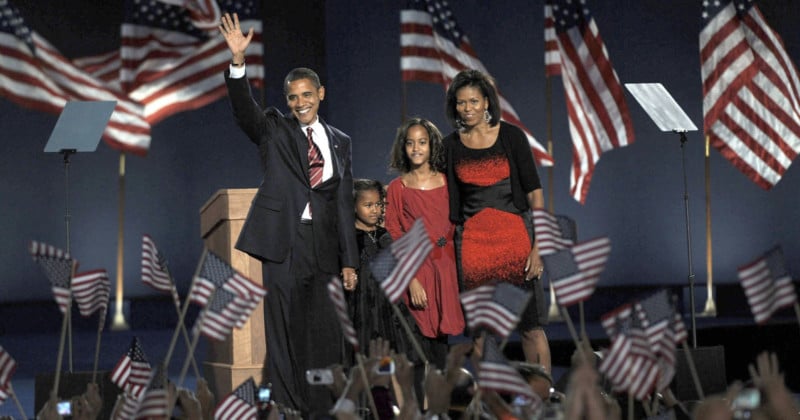 In a recent interview with People en Español, Obama shares that her two daughters are leading private lives since their time in the White House.

However, the pair has been frequently targeted by photographers since the publication of Obama’s new book The Light We Carry: Overcoming in Uncertain Times.

Obama says that the former first daughters are “not social media stars” and “emphatically” urges the paparazzi to stop following her children for photographs.

In the interview, Obama is asked what is the hardest truth she shared about herself and her family in her latest book, which is the follow-up to her best-selling memoir Becoming.

However, the former First Lady struggles to answer the question without risking putting her daughters in the limelight.

“It is hard for me to delve too deeply, for example, into the lessons I’ve learned as a parent because I’m trying to protect the privacy of my girls [Malia and Sasha].”

“You have to pull back on how much you share about their lives and how much you put them back out in the public eye because they’re not looking for the attention.”

Obama adds: “How much do I tell so that the media understands that my girls are not asking to be in the limelight?”

“They are not social media stars,” she continues. “They are not looking to be followed by the paparazzi just because their mom wrote a book, but that’s a delicate balance that you have to strike.”

Obama then pleads with photographers to leave her children alone.

She says, “I hope the media hears me when I am saying this: they are not seeking the light in this regard.”

In September, former First Lady Hillary Clinton revealed that she started wearing her now-iconic pantsuits after photographers took “suggestive” photos of her during a state visit to Brazil 27 years ago and one of the images was used in a lingerie advertisement.