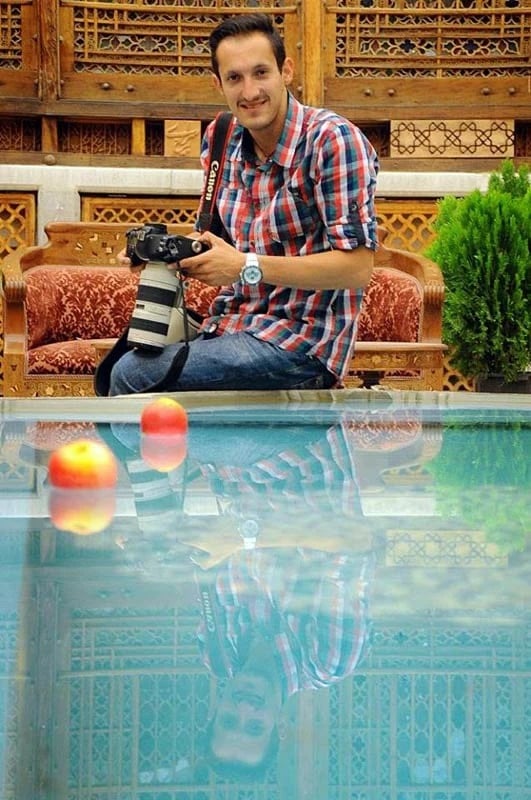 An Iranian photographer, who was about to embark on his “dream” of shooting the World Cup, has reportedly been arrested and imprisoned in his home country.

According to The Journalism is Not a Crime human rights group, photojournalist Arya Jafari was arrested at his home on September 25.

The Metro reports that Jafari was detained to stop his photographs of the protests in Iran from being published and shared internationally.

Iranians have been continuing to protest against the country’s religious regime since the death of 22-year-old Mahsa Amini in police custody.

Amini was arrested by morality police in Tehran on September 13 for allegedly violating Iran’s strict rules requiring women to cover their hair with a hijab, or headscarf.

The news of Jafari’s arrest was originally shared on Instagram by the photographer’s friend and colleague Amir Hosseini.

Before his arrest, Hosseini explains that Jafari had contacted him to say he was due to travel to Qatar in time for the World Cup’s Opening Ceremony.

“The good news was that after all these years of photography and effort, he was going to achieve his dream and go to the World Cup as a photographer,” writes Hosseini in the Instagram post.

“I was happy with all my heart that he was finally going to get what he deserves.”

Jafari was previously arrested by Iranian authorities in 2014 after he photographed the acid attack protests in Isfahan — which were triggered by a spate of acid attacks against women.

On Twitter, Jafari’s most recent post was a retweet of a photo of the protests on the street of Iran, which was dated September 21.

The photographer’s Instagram page suggests that he had turned his focus to Iranian football ahead of the World Cup.

Iranian photojournalist #AryaJafari was supposed to be today in Doha to make true his dream: working at the #FIFAWorldCup
He didn't attend the press conference because he is in prison in #Iran like many other journalists who basically did their job professionally#Qatar2022 https://t.co/h0XB3PmBBR

Saman Javadi, who runs social media channels dedicated to the Iranian football team, tells The Metro that Amini’s arrest “probably happened to prevent him from doing his work professionally; reporting the protests means that his pictures would be published outside of Iran.”

In a show of solidarity with people opposed to the country’s regime, the Iranian football team stood silent for the national anthem before their match against England on Monday.

As the country continues to protest, photos show what life looked like for Iranian women before the 1979 revolution.

The collection of pictures — which were taken in the 1960s and 1970s and featured in magazines and publications — reveals how much culture, fashion, and women’s freedom have changed in Iran.

Image credits: All photos by Journalism is not a Crime.