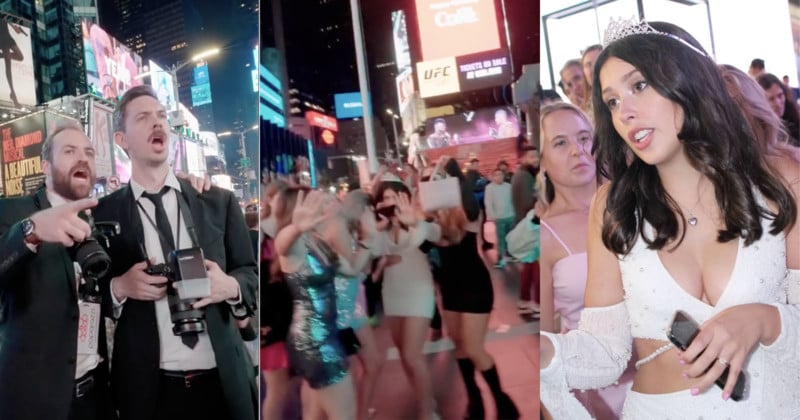 A photographer was hired by a client to pretend to be paparazzi for her 21st birthday party.

Freelance photographer and filmmaker, Kieran Murray, filmed the night he was employed by the birthday girl Alyssa to follow and photograph her as the paparazzi.

@kieranknightley Alyssa hired us to be the Paparazzi on her 21st Birthday 📸📸📸 Who’s next? #paparazzi #birthday #tiktokpaparazzi @actorjohntoon ♬ original sound – Kieran Murray

On Tuesday, Murray posted a TikTok video in which he and fellow photographers chase Alyssa and her friends with cameras in Times Square in New York City.

In the hilarious clip, a huge, curious crowd gathers around Alyssa as the fake paparazzi take photos of her. Bystanders even mistake her for a real celebrity and rush to get selfies with her. 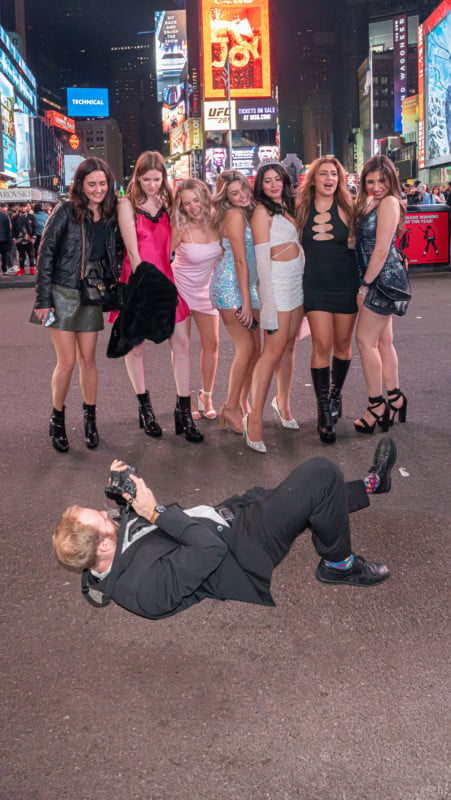 The clip has amassed over 2.2 million views in less than 24 hours. Murray tells PetaPixel that his “inbox has exploded” with requests from people wanting to hire the photographer as paparazzi for other occasions.

Thousands of TikTok viewers commented on the video saying that hiring photographers to take pictures as paparazzi was “genius” and “the next big thing.” Another social media user called it “a whole business opportunity.”

Meanwhile, other viewers asked Murray if he would take more job offers and “how much” they charged for this paparazzi service.

How a Photographer Became Paparazzi for The Night

Murray tells PetaPixel that Alyssa reached out to him on Instagram to ask if he could shoot her birthday as paparazzi after she saw a viral TikTok video series of the photographer and his friends dressing up as them for Halloween. 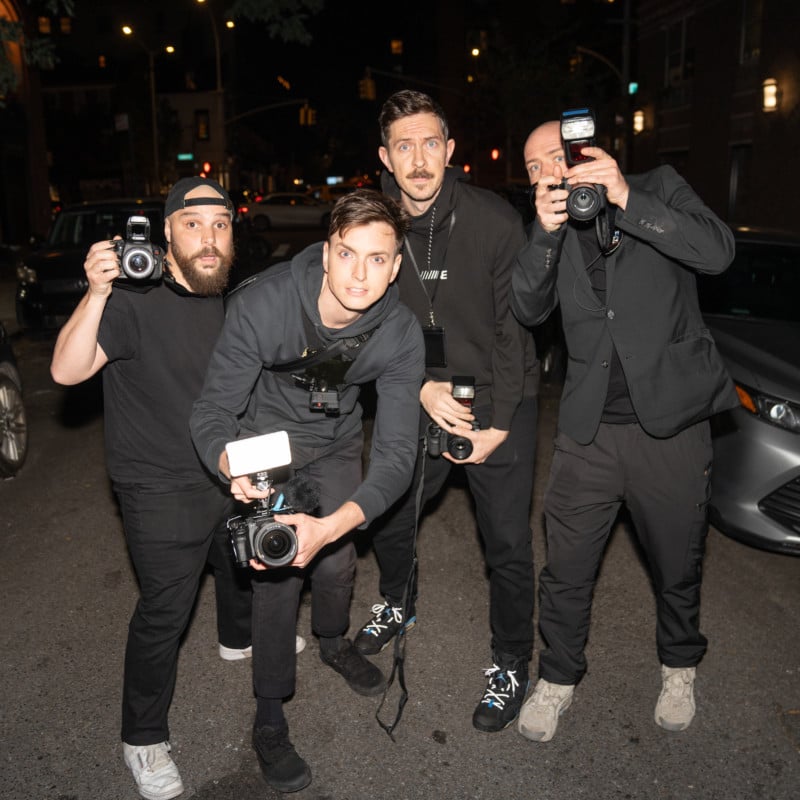 Murray, who also films documentaries and comedy skits, says his friend, comedian Jeff Wiles, suggested they dress up as paparazzi for a Halloween video as the photographer “had the cameras and the know-how” to pull it off.

“I have several Sony mirrorless cameras,” Murray explains. “I use one with a wide lens to shoot the video and I give my photographers the others to shoot the stills.”

The series of videos in which he dressed up as paparazzi amassed over 22 million views on TikTok. He says that the experience of being photographed by paparazzi was fun for the people they approached in the videos.

“In our videos, we perpetuate a stereotypical paparazzi who is desperate to just get that winning photo and get paid,” he explains. “We would never take photos of people who aren’t into the gag. We would never harass people.”

“Everyone thought it was hilarious. People play along and act like celebrities,” he adds. “People embrace the photos and answer our ridiculous questions. Everyone is having fun.”