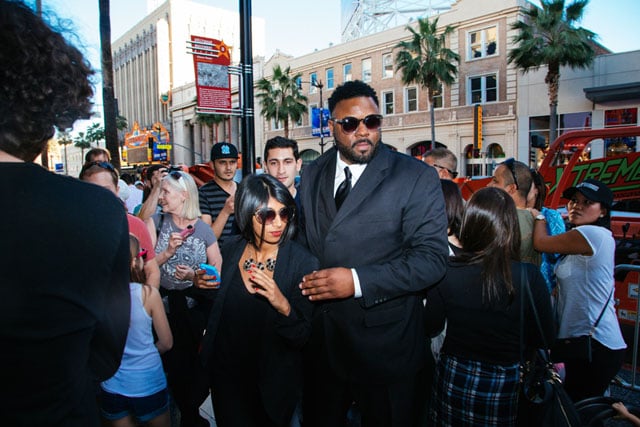 This past Valentines day, photographer Kendrick Brinson was tasked with what she calls “the strangest assignment” of her career thus far. She was asked by OZY magazine with shooting as a fake paparazzi photographer, chasing after editor Sanjena Sathian as she walked the sidewalks of Hollywood Boulevard through crowds of tourists. Sathian later published an account of the experience in a story titled “Almost Famous.”

Sathian’s celebrity image was reinforced by an actor that was hired to play her bodyguard and a swarm of hired extras with cameras that were jostling to catch a glimpse of Sathian on camera.

“It was especially strange for me because I was in the crowd of fake paparazzi photographing the fake celebrity and I was the only real one in that mix, though watching the scene you’d never know that,” the photographer writes on her blog.

As you can see from the photographs she captured that day, many people bought into the “con” and tried to capture photos of (and with) Sathian themselves. 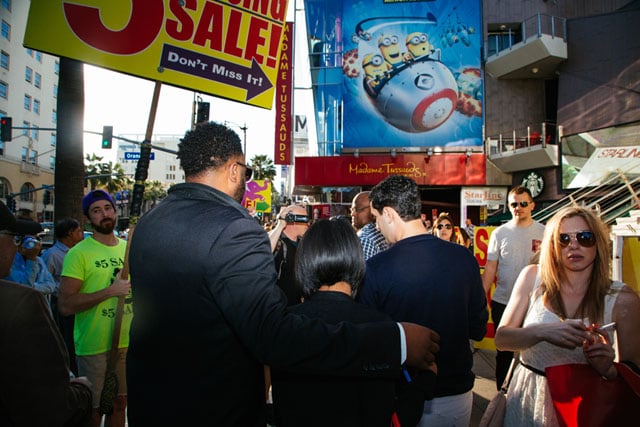 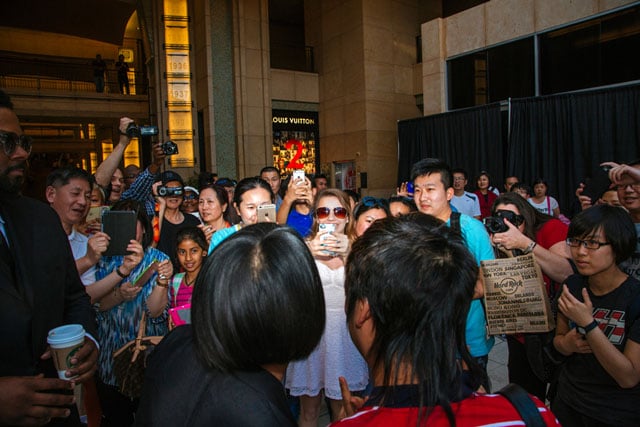 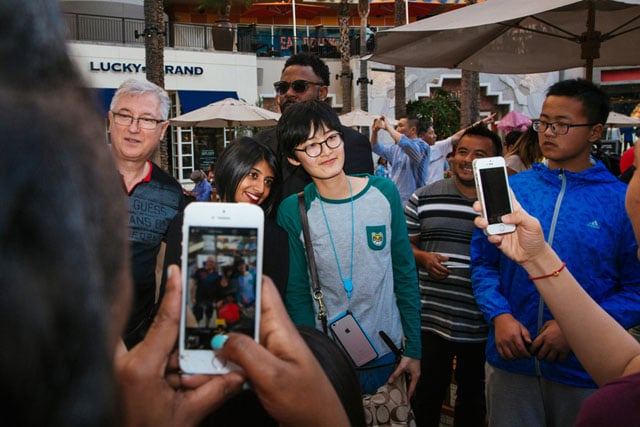 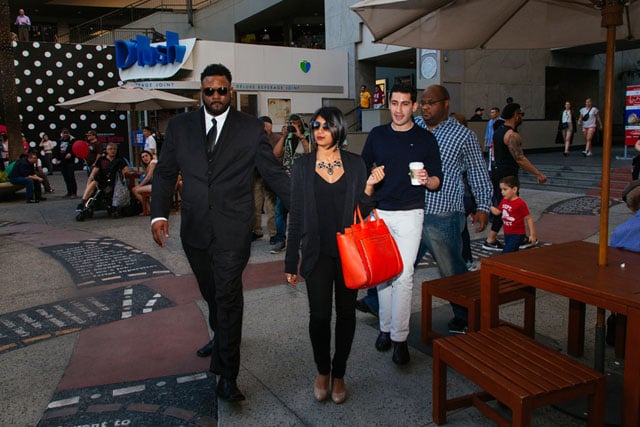 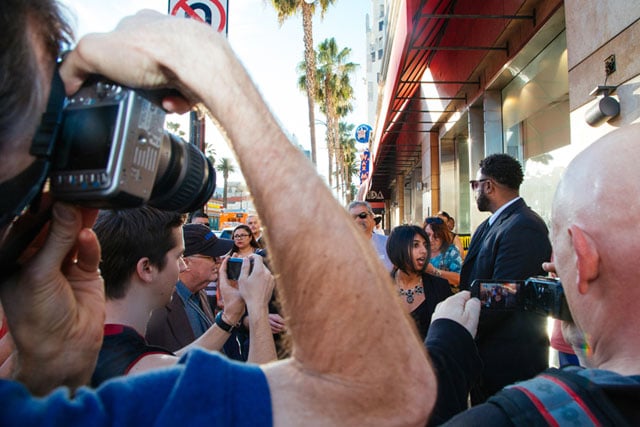 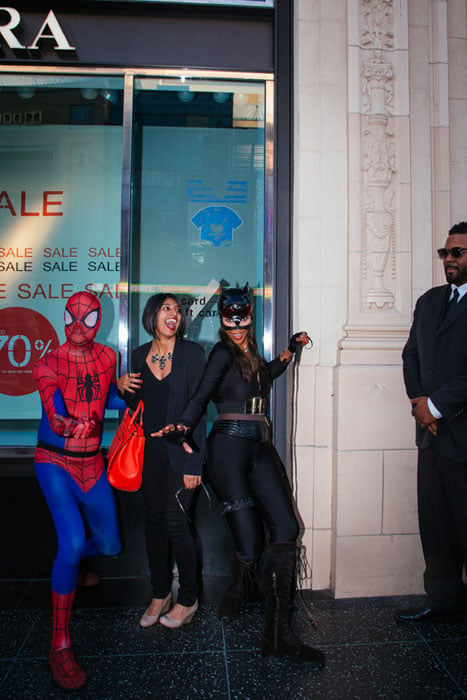 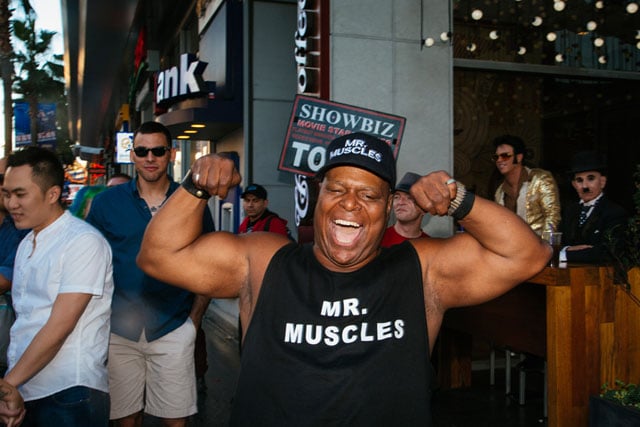 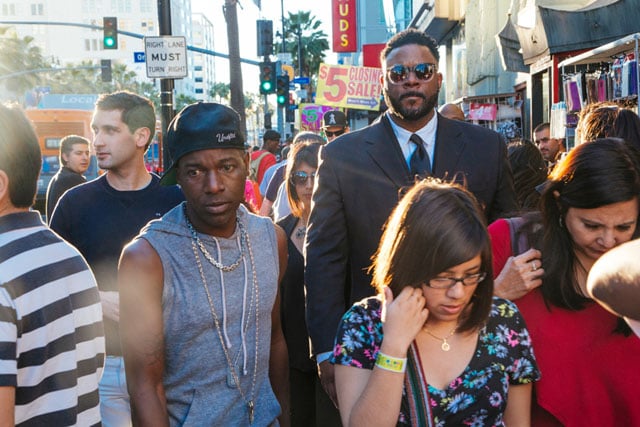 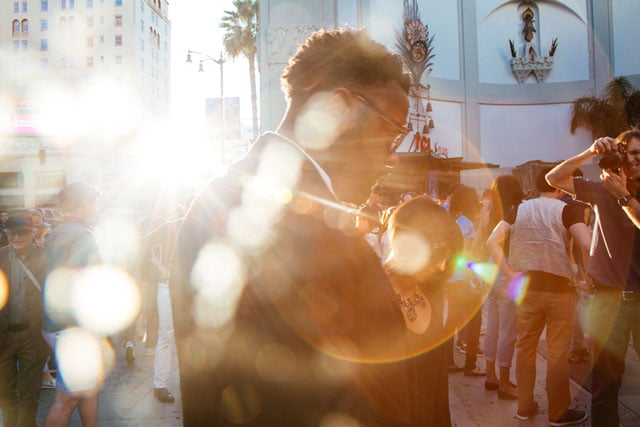 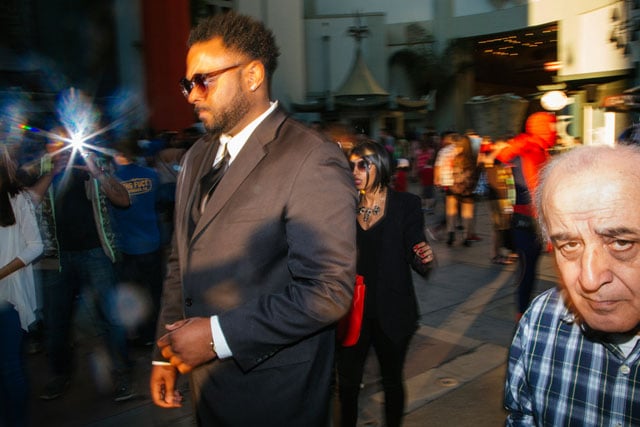 “Without my face landing in a dentist’s office, my fame is brief, wondrous, fragile,” Sathian writes in her OZY piece. “I take solace in the knowledge that I’ll be preserved, forever, nostalgically, in the iPhones of some 30 teenagers in Beijing.”

(via Kendrick Brinson via The Photo Brigade)

Image credits: Photographs by Kendrick Brinson and used with permission

A Hands On Comparison of the 50mm f/1.8 Lenses by Canon and Yongnuo