A photographer used a 35mm analog camera attached to an enormous telescope to create a stunning timelapse of the lunar eclipse using 180 photos and five rolls of film.

Jason De Freitas tells PetaPixel he’s been “obsessed” with capturing high-definition film photos of the Moon and after picking up a Celestron EdgeHD 8-inch flat field Schmid-Cassegrain telescope he made his dream a reality.

“To fill up a full-frame 35mm sensor size you require about 2000mm of focal length — with film photos, I believe this is even more important as I won’t be utilizing processing and stacking techniques that can pull incredible detail from even cropped shots,” explains De Freitas.

“To make the most of such a long focal length I use a SkyWatcher NEQ6 equatorial mount to track along with the movement of the moon — otherwise it will drift across the frame surprisingly quickly when you’re this zoomed in!” 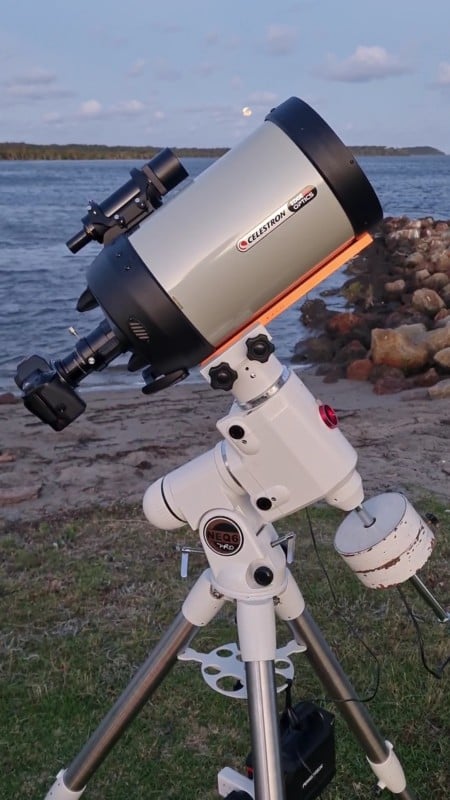 De Freitas set up his gear on the east coast of Australia on November 8 where the eclipse started just before dusk and captured the eclipse in its entirety, which took almost four hours.

“I decided to shoot over 5 rolls of film — 180 photos,” says De Freitas. “This worked out to be one exposure a minute during the partial eclipse and one exposure every 140 seconds during the full eclipse phase.

“The reason I changed the interval during totality was due to the much more subtle variation compared to the partial eclipse phase and I could simply save film (in the timelapse I have halved the frame rate during this section to preserve the time duration accurately).” 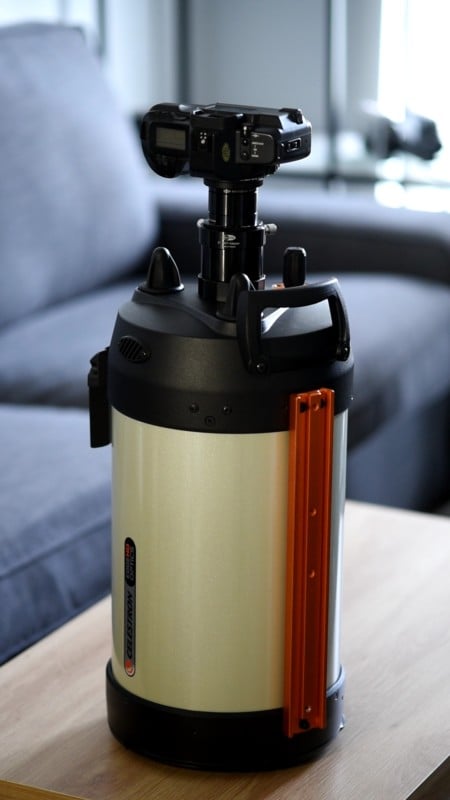 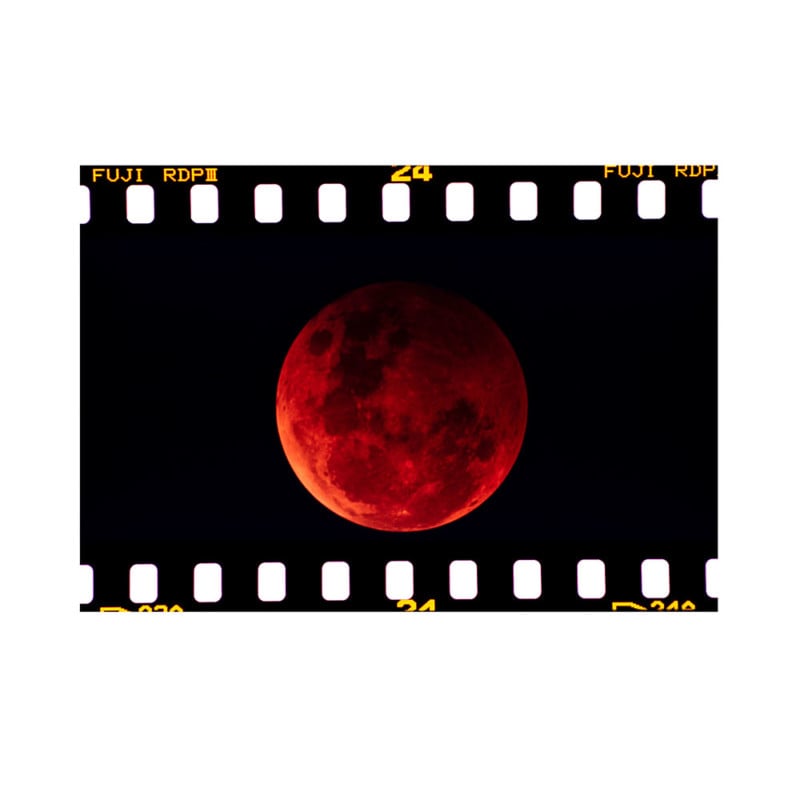 Between each exposure, De Freitas had to recompose the moon slightly so it was centered in the viewfinder.

“This became increasingly more difficult in the dim viewfinder as the moon got more and more eclipsed,” he says.

“Besides the reframing, I also had to adjust exposure settings across the whole timelapse. I used an exposure reference table from Mreclipse.com to predict how the exposure would change as the partial eclipse magnitude changed.” 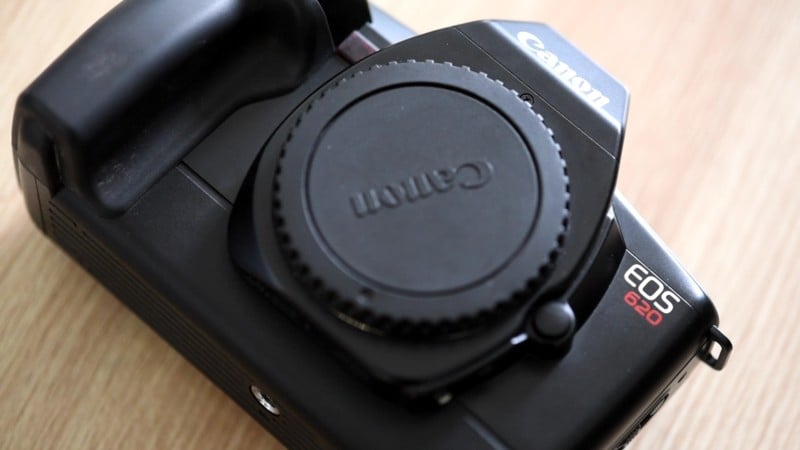 The shooter from Down Under used a Canon EOS 620 because it is the only film body he owns that can adjust the shutter speed in half stops.

“This way there would be a smoother transition of exposures. Third stops would have been even better of course.”

The resulting photos were put into a mesmeric timelapse, delighting Redditors where it has received over 20,000 upvotes.

“I’m very passionate about shooting astrophotography on film — not for any technical reason but because I really enjoy making impossibly far away celestial objects seem tangible and real,” he reflects.

“It’s easy to forget that all these amazing images of space we get to see online are actually real, they’re really out there. It’s not just a trick of processing or an artist’s rendition — looking at a 35mm slide I photographed myself reminds me of its true existence.” 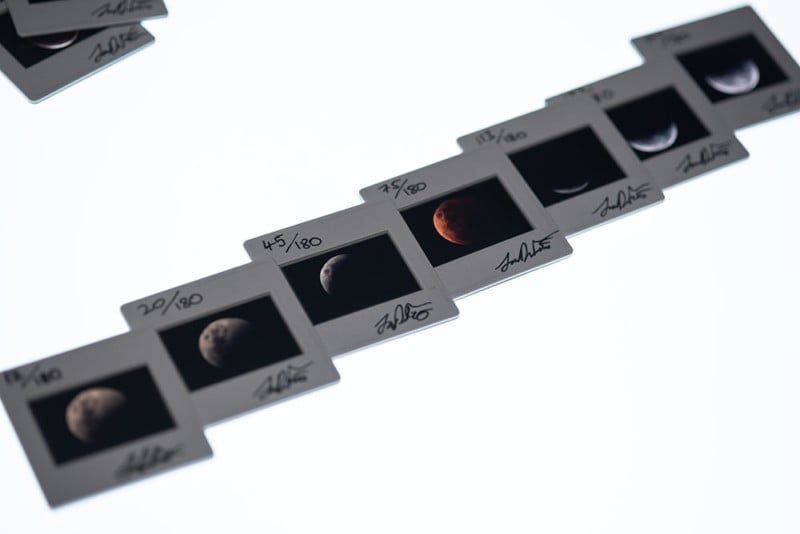 “Of course, there’s arguably a little bit of irony in sharing my projects digitally online but I try to present them in a way that portrays the tangibility I’m going for,” he adds.

“I can’t invite everyone to see my projected images however in this case I’m giving away all of the original 180 slides (minus a few I’m keeping of course) with prints I sell.”

To purchase a print that comes with a signed slide from De Freitas visit his shop.