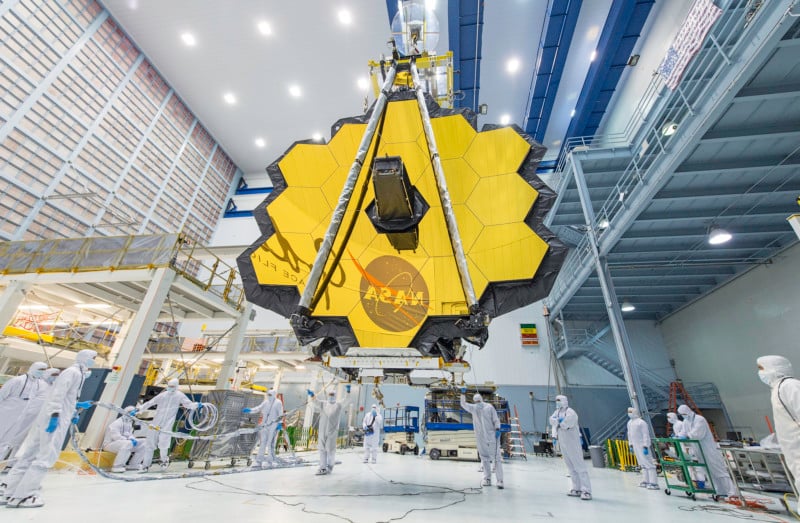 A mechanical issue that took the James Webb Space Telescope’s Mid-Infrared Instrument (MIRI) offline on August 24 has been resolved and the camera has resumed full operation.

The issue, which was made public in September, involved one of the four observation modes on the MIRI camera. A mechanism that supports one of those modes, called the medium-resolution spectroscopy (MRS), experienced what NASA describes as “increased friction” during setup for a science observation.

As a result, the Webb team took the camera offline while it investigated the issue and worked on a resolution. Since Webb sits extremely far away from Earth — about a million miles, which is so far away that it technically orbits the Sun, not Earth — it is not possible to send a team to physically repair it, and engineers had to find a solution remotely.

“The team concluded the issue is likely caused by increased contact forces between sub-components of the wheel central bearing assembly under certain conditions. Based on this, the team developed and vetted a plan for how to use the affected mechanism during science operations,” NASA explains in a blog post published Tuesday.

The team successfully demonstrated its predictions for the wheel friction in a test that it executed on November 2 and, as a result, Webb will resume MIRI science observations on November 12.

“The team will schedule additional MRS science observations, initially at a limited cadence, following a plan to keep the affected wheel in balance, monitor wheel health, and prepare MIRI MRS for a return to full science operations,” NASA concludes.

Webb’s MIRI camera comes back online just in time to take advantage of a unique opportunity to observe Saturn’s polar regions right before they become unobservable for the next 20 years. That is precisely where the state-of-the-art space telescope will aim its MIRI camera starting this weekend.

Webb has been able to produce some of the highest resolution and most detailed photos of the universe to date, but it hasn’t been all smooth sailing. While the telescope was able to reach its orbit and fully deploy itself without issue, in addition to this problem with the MIRI camera, Webb was subject to an impact by a meteorite earlier this year that damaged one of its primary mirror segments. Luckily, the damage was minor and not cause for alarm.