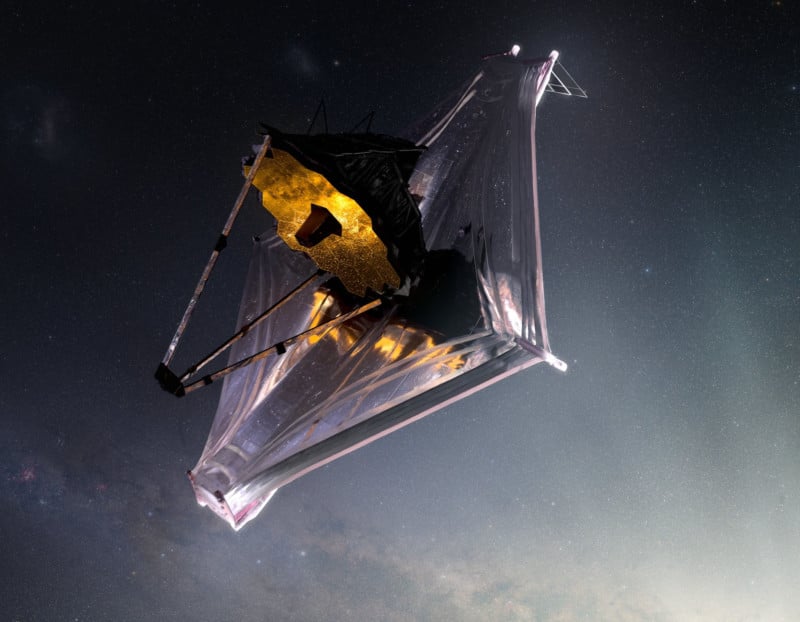 NASA has paused the use of one of the modes on the James Webb Space Telescope’s (JWST) Mid-Infrared Instrument (MIRI) due to what it describes as “increased friction” that occurs during its setup phase ahead of new observations.

The issue was first noticed on August 24 and affects the MIRI camera, which has four observation modes. A mechanism that supports one of those modes, called the medium-resolution spectroscopy (MRS), experienced what NASA describes as “increased friction” during setup for a science observation.

“This mechanism is a grating wheel that allows scientists to select between short, medium, and longer wavelengths when making observations using the MRS mode,” NASA explains. “Following preliminary health checks and investigations into the issue, an anomaly review board was convened Sept. 6 to assess the best path forward.”

The MIRI camera is one of four main observation instruments on the JWST; the other more well-known is the Near Infrared Camera (NIRCam). MIRI is perhaps most famous for the fact that it is the super-cooled camera and needed to be brought to a temperature of minus 447 degrees Fahrenheit in order to operate correctly, which it did through a combination of a sun shield — which is the size of a tennis court — and an electrically powered cryocooler.

MIRI has been used to capture some of the most impressive photos that the JWST has thus far taken, including the Southern Ring Nebula, the Cartwheel Galaxy, and Stephan’s Quintet. It is often used in combination with NIRCam to produce a multi-spectral final image.

The Webb team has paused use of this particular observation mode while they continue to analyze its behavior. The space agency says that the team is currently developing strategies to resume the use of the MRS for observations as soon as possible, but did not provide a specific timeline.

Outside of this particular mode, NASA says that the JWST is in otherwise good health and the other three MIRI observation modes — imaging, low-resolution spectroscopy, and coronagraphy — are operating normally and remain available for science observations.

Unlike what was the case for the Hubble Space Telescope, NASA can’t fly a team up into space to repair the JWST. Hubble is in orbit around Earth, which made it feasible to send a shuttle to, but the JWST is much farther away — about a million miles. It’s so far away that it doesn’t actually orbit Earth, but instead orbits the Sun. As such, physical repairs aren’t an option. The Webb team will have to solve this particular problem remotely.

This is the second issue that the JWST has experienced since it launched, the other was a minor impact by a meteorite which did damage one of the primary mirror segments, but was not a cause for alarm.