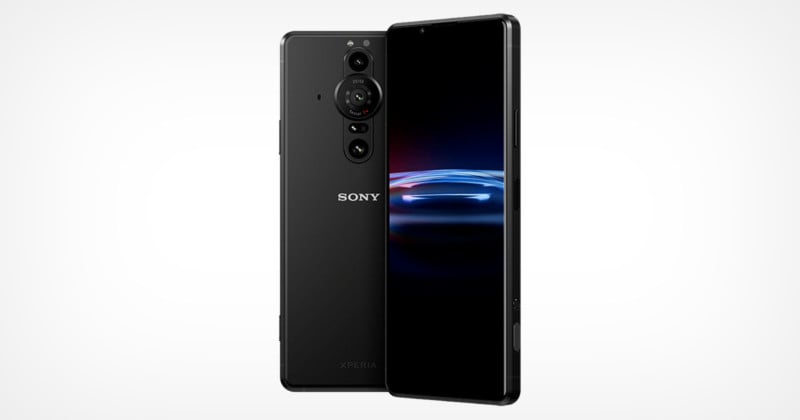 Sony has announced an “over-the-air” (OTA) update to the livestreaming capabilities of the Xperia Pro-I smartphone that specifically adds more shooting options in Videography Pro.

A modest update, Sony says that the newly enabled livestreaming capabilities allow for quick and easy livestreaming directly to social streaming services from Videography Pro. It also provides the option of selecting the front camera for “additional creative shooting opportunities.”

Videography Pro is Sony’s name for its high-end video capture interface. As demonstrated in the video below, the system allows users to make specific changes to a video’s capture while also displaying all the necessary information that would be shown on standalone cameras such as those from Sony’s Alpha or Cine lines.

This mode is typically reserved for more “professional” style video shooting, but the company has now opened up the useful interface for livestreaming as well.

The update also allows Videography Pro to detect when a user is shooting vertically and allows capture in that mode at up to 120fps in addition to supporting livestreaming from the orientation. Sony says this recognition extends further, and the smartphone will automatically write this detail into the metadata of the file, which the company says will improve the workflow when shooting and editing vertical videos for social media content.

The update also adds some functionality to the smartphone when used in conjunction with Sony’s GP-VPT2BT shooting grip. The update now offers the ability to instantly assign the C1 custom key directly from the application, which sony says makes it easier to customize the functionality based on preferred shooting styles.

The Xperia Pro-I was originally announced in October of last year and shipped the following December for $1,800. In his review for PetaPixel, Ted Kritsonis writes that it is every bit an advanced mobile photography suite that just happens to be in an Android phone. While not everyone is going to want to spend the extra money for the larger Type-1 image sensor it brings (but doesn’t fully utilize since it lacks the physical space to make that work properly), the Xperia Pro-I is one of the best phone cameras currently available.