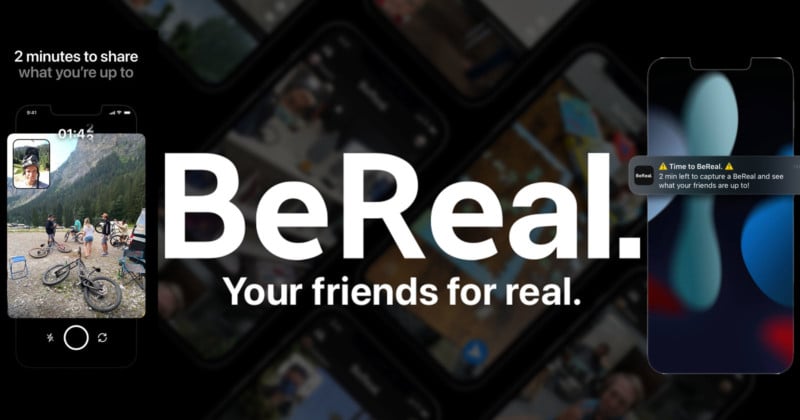 Photo-sharing app BeReal has secured $60 million in funding, pushing its valuation to just under $587 million.

After raising $30 million in Series A in June last year, TechCrunch reports that the start-up completed a funding round of $60 million in series B earlier this year.

The latest valuation brings BeReal’s value to $100 per daily active user, which is more than double that of a Snap or Pinterest user.

However, BeReal’s valuation is less than that for tech giant Meta, where each person using at least one of its apps, such as Facebook, Instagram, WhatsApp, or Messenger, every day is worth about $149, according to The Information.

Regardless, it is an incredible feat for an app that had 10,000 users a little over a year ago. Bereal’s extraordinary ascent has seen it dominate the number one spot in the U.S. on Apple’s App Store charts for much of this year — even beating TikTok.

In the U.S., which is BeReal’s largest market, the app’s appeal is by no means limited to Generation Z users. In fact, BeReal has struck a chord with formerly Instagram-loyal millennials too.

It is unclear why a two-year-old photo-sharing app suddenly experienced such a meteoric rise in the past year. However, it is certainly noteworthy that Bereal saw such a surge at a time of widespread irritation at Instagram and its redesign in order to compete with TikTok.

The looming question now is how BeReal plans to use the funding and what its next moves might be to evolve its product. Although BeReal currently has no business model, it was reported that the start-up was considering adding paid features to the app in a bid to avoid Instagram-style advertising.

According to The Financial Times, the company are exploring monetizing the platform by incorporating in-app purchases.

The start-up also faces challenges from its competitors which are already actively copying BeReal’s features which could be hurting the photo-sharing app’s adoption among users. Last month, TikTok became the latest app to copy BeReal when it rolled out its clone “TikTok Now.”