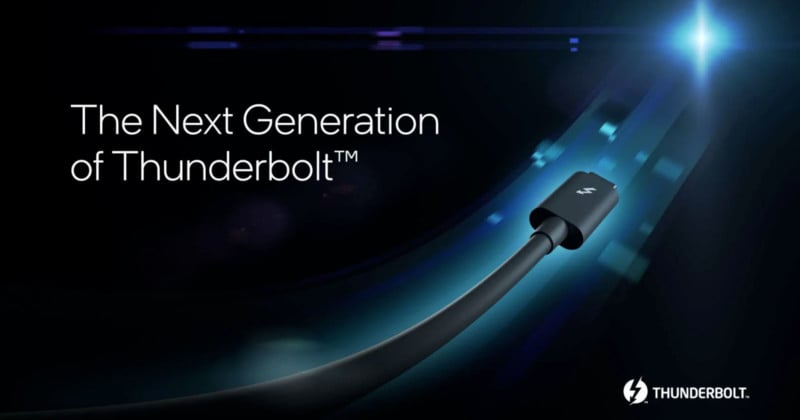 Intel unveiled the future of the Thunderbolt today, which could result in massive upgrades for displays and performance.

The prototype sports twice the total bandwidth of Thunderbolt 4 at 80 Gbps, while providing up to three times the bandwidth to 120 Gbps for video-intensive usage; Thunderbolt 4 is only capable of 40 Gbps at most. The new Thunderbolt also supports the new DisplayPort 2.1 and has backward compatibility with previous versions of Thunderbolt and USB.

Thunderbolt 4 was only announced and released in 2020, just a couple short years ago and Intel said more details about its successor, including the brand name, features, and capabilities, will come in 2023. Still, the timeline for Thunderbolt’s evolution has sped up over the last few generations, which is good news for those who have big display demands likes photographers, digital artists, and gamers. Photography specification improvements aren’t slowing down anytime, and neither are PC gaming capabilities, as more games and graphics cards sport 4K ray tracing — a technically demanding lighting simulation — and are pushing for higher frame rates. 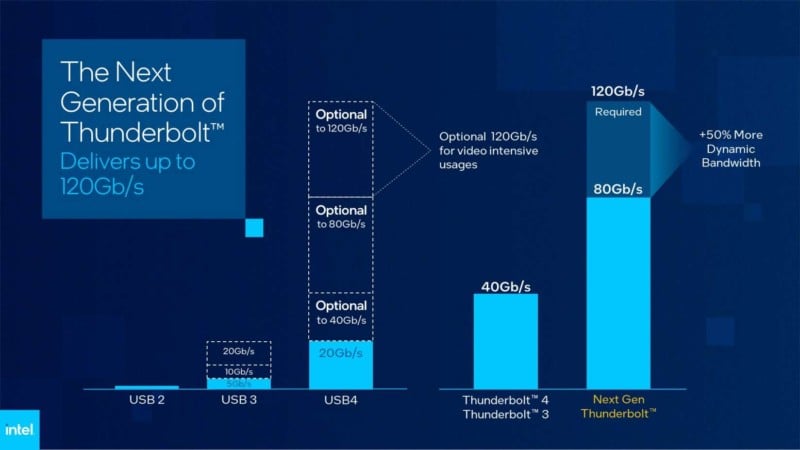 In practice, this can help the highest quality monitors live up to their highest potential and can make exporting and rendering images much faster. Of course, that still requires ports like the USB4 that are capable of handling the bandwidth. For example, Apple’s laptops with the M1 and M2 chips all come with USB4 Thunderbolt ports.

“Intel has always been the industry pioneer and leader for wired connectivity solutions, and Thunderbolt is now the mainstream port on mobile PCs and integrated into three generations of Intel mobile CPUs,” says Intel’s client connectivity division general manager Jason Ziller. “We’re very excited to lead the industry forward with the next generation of Thunderbolt built on the USB4 v2 specification, advanced to this next generation by Intel and other USB Promoter Group members.”

The prototype is just a small peek into what’s to come. Though Intel didn’t give specifics on when in 2023 more information would come, with CES around the corner in January, it could be a prime opportunity to show off more about the new Thunderbolt. For reference, CES is where the Thunderbolt 4 was announced back in 2020. Hopefully, the early look means more devices and accessories utilizing the new Thunderbolt will also be shown off at CES.