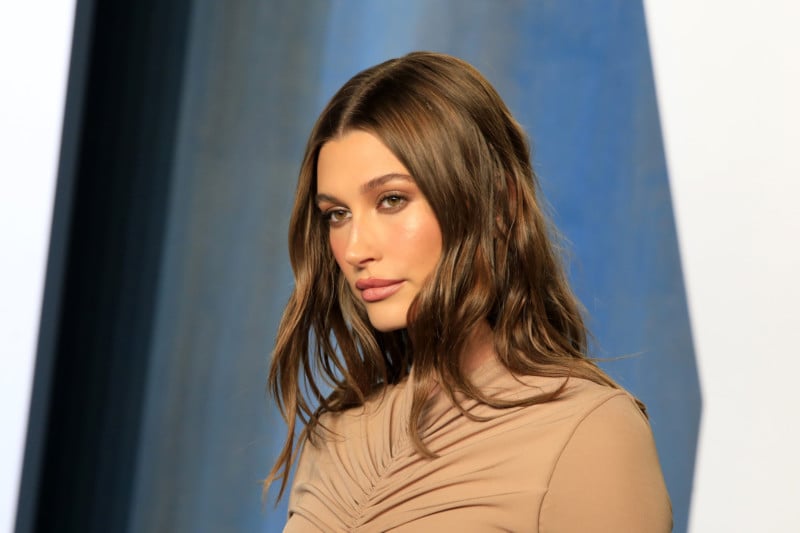 Hailey Bieber says that she fantasizes about destroying paparazzi’s cars with a baseball bat.

The model and wife of Justin Bieber made the claims during an interview with Alex Cooper on the Call Her Daddy podcast which was released yesterday (Wednesday).

In the podcast, Cooper points out that photographers followed Bieber to the podcast studio before their interview. She then asks Bieber how she “handles the pressure of being photographed for the world to see almost every single time you step outside.”

“It’s funny that I was thinking about this coming over here and they [the paparazzi] were following me in the car which is like, it happens all the time whatever,” Bieber replies. “Like, I know that’s going to happen if I’m in L.A. and there’s not very many ways to avoid it. They just sit at the bottom of my street so it is what it is.”

Bieber then describes how she fantasizes about attacking photographers’ cars with a baseball bat due to the level of paparazzi attention she receives.

She explains “I was driving and sometimes when there’s paparazzi following me, I have a flash in my head of like getting out with a baseball bat and like literally destroying their car.”

“Literally, sometimes it makes me just so annoyed that I’m like one of these days I swear to God I’m going to get out of the car with a f**king baseball bat and I’m going to destroy their… This is a hypothetical situation by the way,” adds Bieber. “Driving over here, that’s my urge right now.”

In an interview last year, Bieber similarly condemned the paparazzi and alleged that cameramen had tried to photograph up her skirt. She explains “I think when you’re a woman and there’s men taking these photos, it feels really, really invasive, and it feels disrepectful and it’s not okay.”

CALL OUT: Hailey Bieber calls out paparazzi for trying to photograph up her skirt. Recently, video of Justin questioning paps if they photographed up Hailey's skirt went viral. Hailey says "I think when you're a woman and there's men taking these photos, it feels really invasive" pic.twitter.com/VwEpEHvnxB

Bieber’s husband has also butted heads with paparazzi in the past and faced several lawsuits from photographers over the years — including for one incident where the singer allegedly stole a photographer’s camera and memory card.

This is certainly not the first time a celebrity has criticized photographers. While, stars might be quick to condemn photographers, the historical relationship between celebrities and paparazzi is usually a far more collaborative and mutually beneficial one.

A former Rolling Stone magazine owner recently revealed that Angelina Jolie was actually “the tipster” who set up the famous photos which broke the news about her relationship with Brad Pitt in 2015. Meanwhile, an article in The Guardian last month estimated that 80 percent of paparazzi shots are set up in advance by the celebrities themselves.