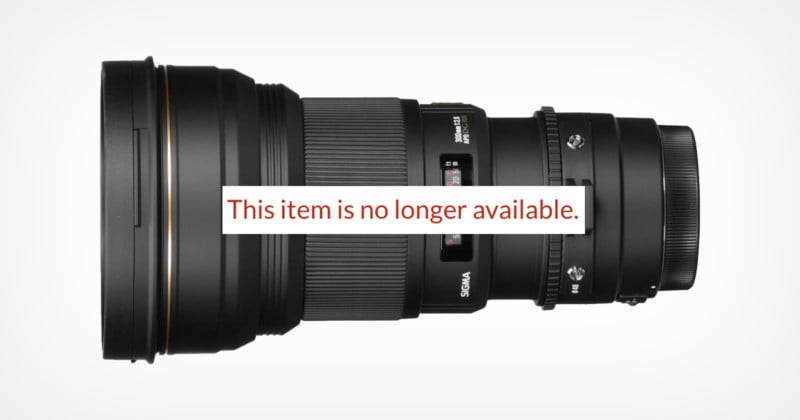 It appears that Sigma has discontinued 18 of its older DSLR lenses, joining Tamron, Nikon, and Canon in shifting focus to mirrorless cameras.

According to tracking results from Amateur Photographer, Sigma has now discontinued 18 lenses that were designed for DSLRs. Amateur Photographer has tasked one of its team to track the availability of lenses available to buy from major retailers in the United Kingdom and as they drop off, the publication notes it.

While availability between regions is not always consistent, to this point the results from the British photography magazine have been in line with what can be found in the United States. Below is the current list of all Sigma DSLR lenses that have been discontinued according to Amateur Photographer, which PetaPixel has confirmed are also not available in the United States.

If many of these lenses look old, it’s because they are. Many, if not all, were originally designed under Sigma’s previous CEO and well before the current Global Vision shift from the company that brought about the Art, Sport, and Contemporary lines.

Sigma would eventually start to refresh all of its lenses and their optical structures under the current CEO, Kazuto Yamaki, in 2012 when he took over the business and shifted the company from making cheap alternatives to first-party lenses to a strategy of actually competing with them in quality. The most memorable of these new lenses would be the 35mm f/1.4 Art lens that took the photography world by storm that same year and set the standard for all of Sigma’s ensuing Art optics.