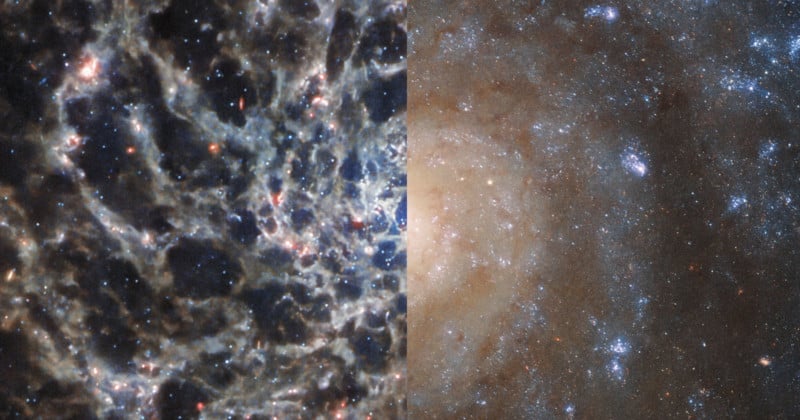 The James Webb Space Telescope (JWST) has captured a mid-infrared image of the spiral galaxy IC 5332, which shows an entirely different view compared to what Hubble is able to see of the same region.

The European Space Agency (ESA) says that IC 5332 lies over 29 million light-years away from Earth and has a diameter of roughly 66,000 light-years, which is slightly larger than the Milky Way galaxy. This spiral galaxy is almost perfectly face-on with Earth, which the ESA says allows astronomers to get a great symmetrical view of its spiral arms.

Both Hubble and the JWST were tasked with capturing this galaxy and the results of the images from each are starkly different. Below is Hubble’s photo of the galaxy, captured with its Wide Field Camera 3. 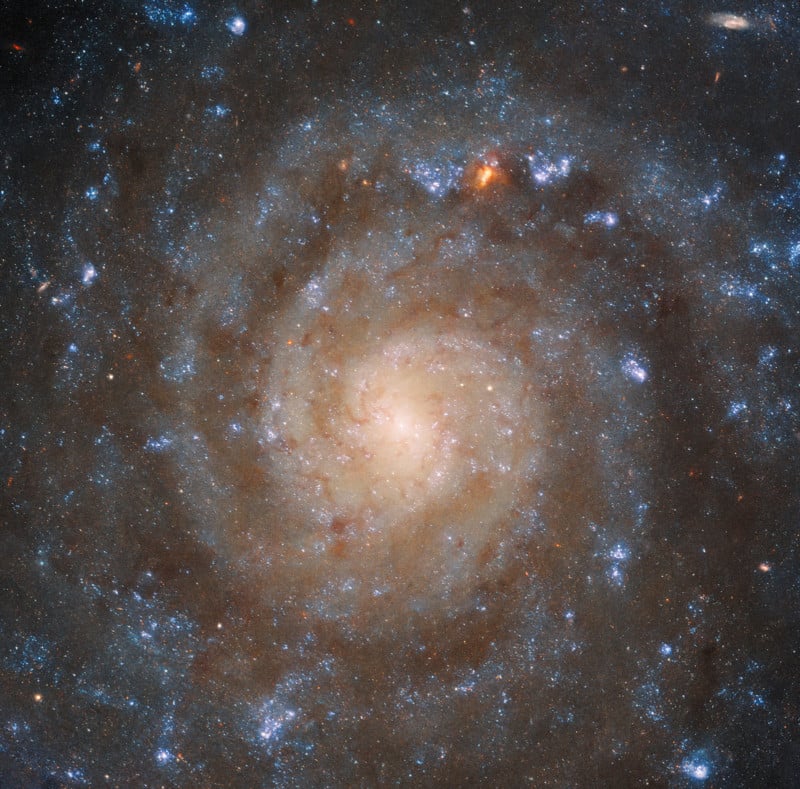 “The clarity of Hubble’s Wide Field Camera 3 separates the arms of the galaxy from dark patches of dust in between, which block out the ultraviolet and visible light Hubble is sensitive to. Younger and older stars can be differentiated by their colors, showing how they are distributed throughout the galaxy,” the ESA explains.

In contrast, the JWST used its Mid-Infrared Instrument (MIRI), which is the same camera that is required to be supercooled to a remarkable -266 degrees Celcius, just seven degrees above absolute zero. It needs to be kept at this extremely low temperature in order for its specialized detectors to function correctly.

The result is an image that looks very different: 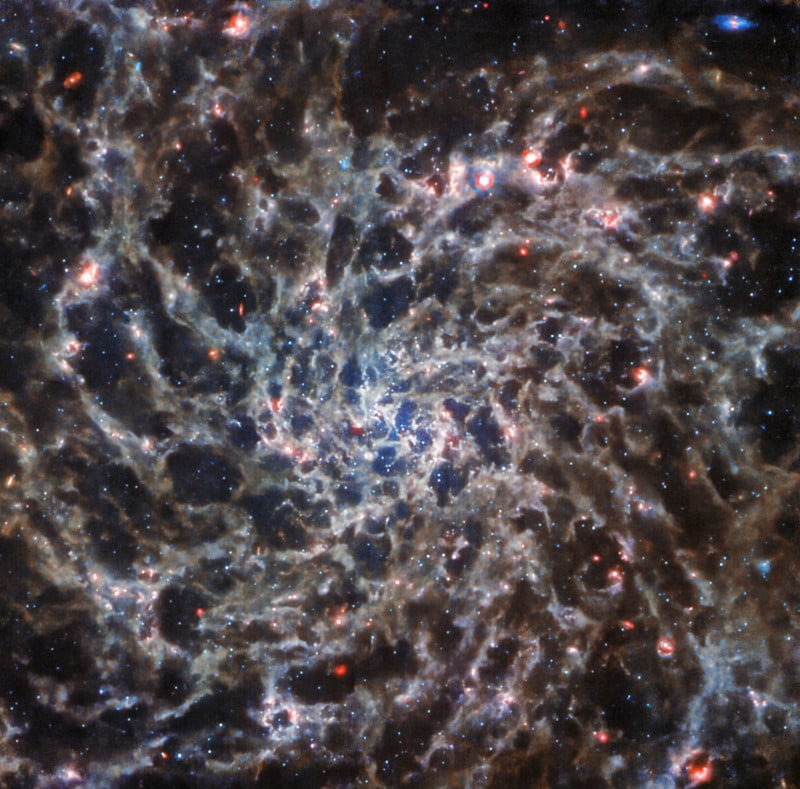 While Hubble’s photo shows dark regions that are separated by the spiral arms, the JWST’s image shows more of what the ESA describes as a continual tangle of structures that “echo” the spiral arms’ shape.

“This difference is due to the presence of dusty regions in the galaxy. Ultraviolet and visible light are far more prone to being scattered by interstellar dust than infrared light. Therefore dusty regions can be identified easily in the Hubble image as the darker regions that much of the galaxy’s ultraviolet and visible light has not been able to travel through,” the ESA explains.

“Those same dusty regions are no longer dark in the Webb image, however, as the mid-infrared light from the galaxy has been able to pass through them. Different stars are visible in the two images, which can be explained because certain stars shine brighter in the ultraviolet, visible and infrared regimes respectively. The images complement one another in a remarkable way, each telling us more about IC 5332’s structure and composition.”

When overlaid, the JWST image appears almost like the bones of what Hubble sees.

In visible and ultraviolet light, @NASAHubble (left) shows dark regions of dust that separate the spiral arms. Webb (right) is able to peer through that dust in mid-infrared light, instead seeing patterns of gas that echo the arms’ shape. pic.twitter.com/aigQb59kaI

The ESA stresses how challenging it is to obtain observations in the mid-infrared. From Earth, it is incredibly difficult to observe this spectrum because Earth’s atmosphere absorbs most of this kind of light. The rest is often obscured by the heat generated by the atmosphere. Hubble isn’t able to see in this spectrum either, as its mirrors are not cold enough (the heat from its own hardware would overshadow any attempts at observations).

Different stars are visible in the two images because certain stars shine brighter in the ultraviolet, visible, or infrared wavelengths, the Hubble team explains. Having access to both of these telescopes allows astronomers to see different parts of the same region, which greatly expands their ability to study these cosmic spaces.