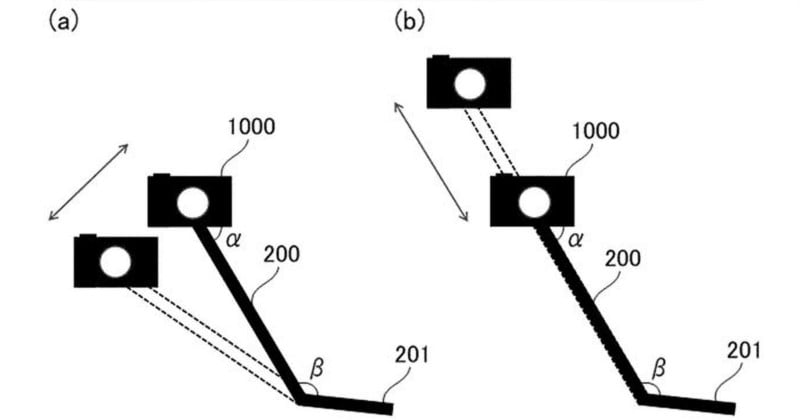 A patent filed by Canon for a moving selfie stick that automatically composes photos could lead to a groundbreaking camera.

As reported by Digicame, Canon has applied for a patent on technology that automatically controls the length and angle of the selfie stick, as well as the focal length of the zoom so it can take selfies with optimal composition.

It appears that the design is an all-in-one, meaning the sophisticated selfie stick will come with a camera already attached, forgoing the usual process of attaching a phone or camera to the end of a stick.

According to the patent, the object will be “an imaging device capable of adjusting the composition in real-time when taking a selfie.”

It goes on to say that the “control” of the invention relates to adjusting the composition and focal length. The composition can be adjusted by the angle between the “imaging unit” and the rod.

If the product comes to fruition, it seems it will be very much targeted at the vlog market. Vloggers regularly use selfie sticks to film their escapades for platforms such as YouTube.

An all-in-one solution that has a highly sophisticated control system that makes it easier for amateur camera users to compose a great shout could prove to be popular. And, it is worth noting, there is simply not anything like it available on the market.

Clearly still in its early stages, there is no release date or any official announcement from the Japanese camera manufacturer. However it is interesting which ideas Canon is putting forward for intellectual property (IP) protection.

Canon Cares About its IP

In recent times, Canon has been enforcing its patents with third-party lens manufacturer Viltrox confirming to PetaPixel that it had stopped selling all RF-mount products because it was not authorized to do so by Canon.

While other camera manufacturers such as Sony and Nikon have been licensing its lens mounts, Canon has not given any other company permission to build RF-Mount lenses and has enforced its exclusivity.