After watching the spread of the selfie stick over the past several years, photographer Peter McKinnon recently decided to try one himself for the first time. But then he decided he wanted something better… so he built himself a $10,000 ultra-Canadian selfie stick.

The 8-minute video above documents McKinnon’s journey through selfie stickdom and his custom build. He used two hockey goalie sticks for the stick itself and mounted a Canon cinema camera worth $6,000 to the end (along with a lens, various accessories, and a selection of Canadian flags).

What resulted was a one-of-a-kind selfie stick that’s extremely heavy, pricey, and patriotic. 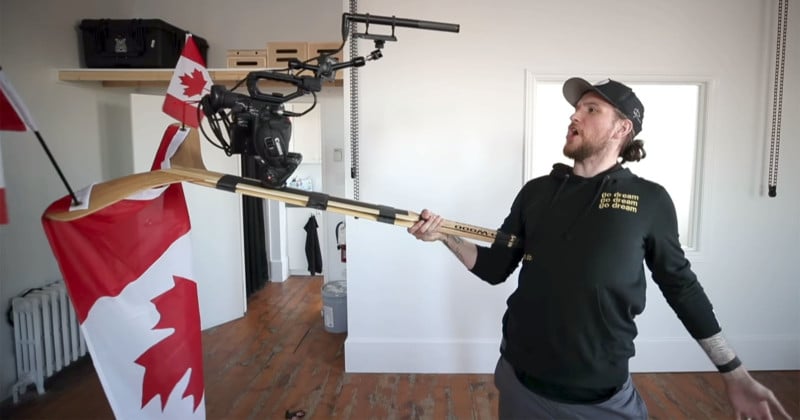 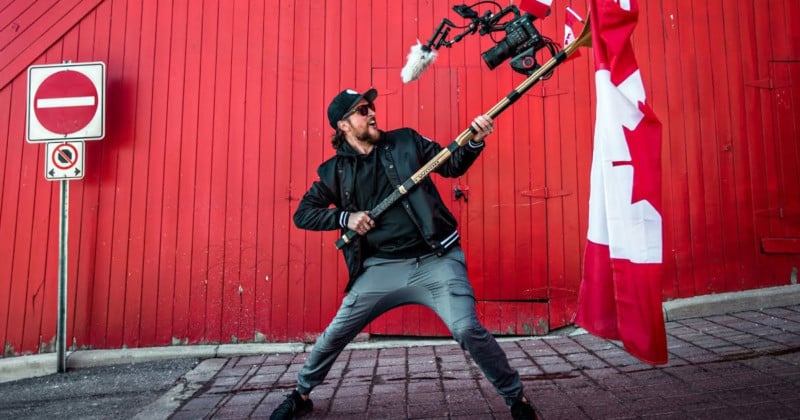 And as you might expect, McKinnon attracted some very strange looks from people while zipping around town with the selfie stick. 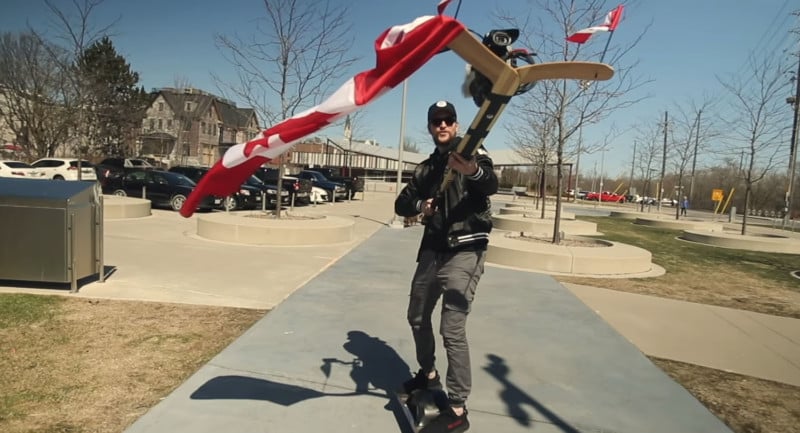 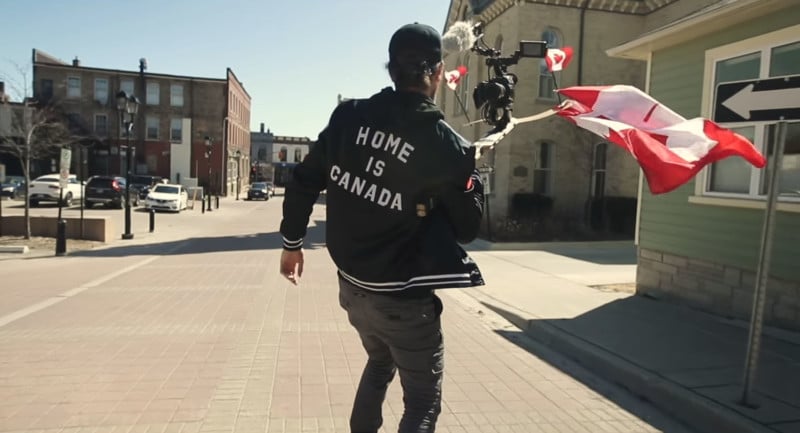 McKinnon isn’t the only one with dreams of ultimate selfie stickery: last year, photographer Ted Forbes also tried his hand at creating the “mother of all selfie sticks.”