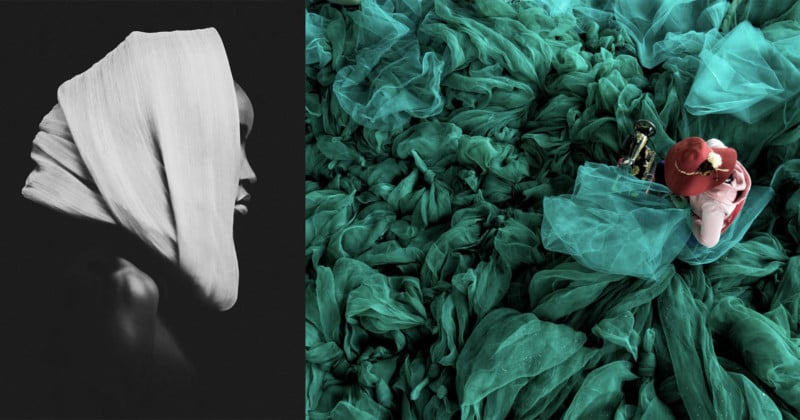 The reFocus Awards has announced the winners of its One Shot Photo Awards, the first competition from this newly-formed organization.

The reFocus Awards is a relatively new photo contest and platform that has been designed to offer opportunities, prizes, and points of discovery for photographers around the world. The organization says that through its Artist Directory, Winner’s Gallery, as well as our People’s Vote Award — which saw more than 41,000 votes this year — it has created more than just a contest but a community.

The organization tells PetaPixel that its goals are to offer meaningful prizes to winning photographers, but also opportunities to get discovered for their work.

“[This] is why we created an artist directory and offer winner’s interviews at the professional and non-professional levels. We’ve actually also had several of our judges reach out directly to our entrants (both winners and otherwise) who they were interested in working with at their respective organizations,” a reFocus spokesperson says.

“When we created this contest we tried to be selective in terms of how many awards we offer as well as what sort of prizes we could promise for the sake of delivering entrants something unique and real. Our creative director is a photographer and much of our planning for reFocus came about after our shared agreement that existing contests could do better.”

The One Shot contest asked entrants to submit photos that celebrated the power of a single image and is broken into professional and non-professional categories. The Professional section offered a $3,500 cash prize for winning photos while the non-professional winners received $1,750. Photos were judged by an international panel that reFocus describes as representative of today’s topmost tier of influence and distinction within the photographic community.

This particular competition played host to 20 categories in both the professional and non-professtional tiers, but three photos stood out as best overall in each, shown below. All these photos, along with the winning images from all categories, can be seen along with detailed interviews from the photographers on the reFocus website.

“Due to the overfilled prisons, the convicted offenders now serve their sentence at the local police station. At this police station there are more than 300 prisoners serving time, with limited access to basic facilities and no chance to exercise, violating basic human rights due to the chaotic situation.”

“I took this series on the Belgian coast not far from Ostend. It happened during the beginning of the corona crisis 2020, when I was walking all alone in a heavy storm and, all of a sudden, these ‘black shapes’ appeared in the dunes. I couldn’t believe my eyes and I thought I was dreaming. I love walking in stormy weather at the seaside, but this was a very strange feeling. I immediately recognized that these ‘black shadows’ were ultra-Orthodox Jews, and I was perfectly aware that I had, somehow, strayed into a unique setting. Normally ultra-Orthodox Jews walk the streets of Antwerp (Belgium), but certainly not on a beach in a terrible storm. They were about 20 of them and they enjoyed it very exuberantly and intensely.

“What a huge coincidence that I bumped into them in these stormy times! They stayed on the deserted beach for about an hour and, during that time, I took about 50 pictures of this enormously fascinating happening in the least obtrusive way I could imagine. I tried to get as close as possible without being noticed because I didn’t want to disturb their privacy. I could clearly see that they were so absorbed in nature, the sea and in themselves that they actually ended up in a kind of communal trance. I must admit that they also put me in a trance as I kept taking pictures shivering. I was by now very aware of the unique photos that I was taking. They clearly enjoyed their time together and their temporary coming together on the stormy beach. After an hour they disappeared as quickly they had come: suddenly and unexpectedly. My dream and their dream came to an end.”

“The image ‘Alek’ was shot in collaboration with model Alek, Stylist Tricja Cotterrill and makeup artist Marije Koelewijn. Hat is from Demure in Amsterdam,” Woudt says.

“I really wanted to work with Alek and went into the studio for a day. This is how I typically work: No mood boards, no complicated plans. Just a day in the studio of free-flowing creation. This image is one of many images taken that day.”

“To catch many anchovies, these fishermen must perform very challenging work. The boat is like a ‘war horse,’ and the fishermen incarnate as ‘warriors’ rushing out into the immense ocean. The fishermen must trade their safety and lives to carry out their livelihood.”

“I was traveling around Vietnam with a friend of mine, we walked a lot of kilometers to find some nice pictures to take,” Tarantini says.

“Finally, in the very early morning, we arrived in an old port where there were some ladies stitching tons of nets. I didn’t want to bother the ladies while working, so I really had few seconds to take a shot, so I took my camera on a tripod holding it high above the lady and I used a remote control to shoot.”

“Members of the French Navy’s bagpipe band ‘Bagad Lann Bihoue’ visit the Great Pyramids and Sphinx in October 2020 on their only international trip during covid.”

Image credits: All photos are individually credited and provided courtesy of the reFocus Awards.