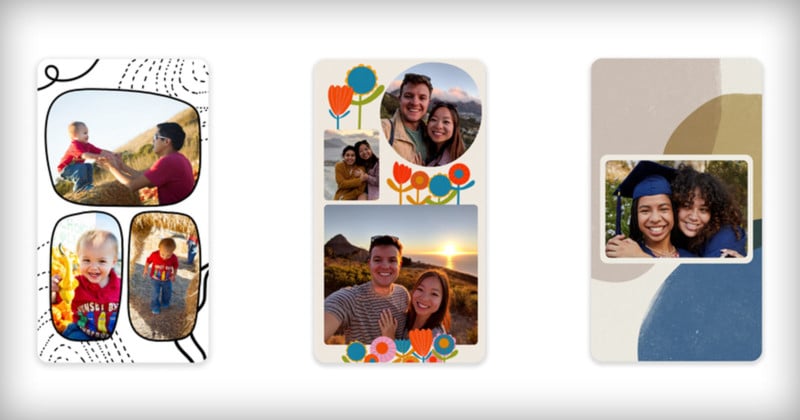 Google is making changes to Memories in Photos, which might be the biggest update the feature has seen since its launch. The redesigned Memories experience is designed to show more videos, feel more dynamic, and be sharable.

Memories was launched in Photos more than three years ago and Google says it was the beginning of an ongoing evolution from an app where users would store photos and videos to a place for actually enjoying and reflecting on meaningful moments.

Announced on Google’s blog and spotted by Engadget, the company says that as part of that evolution and with the update rolling out today, users will see more videos — “including the best snippets from your longer videos that Photos will automatically select and trim so you can relive the most meaningful moments.”

Still photos will also feel more dynamic, the company says, thanks to a subtle zoom effect that adds movement to the motionless images. Starting next month, instrumental music will be added to some Memories that Google says will make them feel even more engaging.

Google is also adding a new type of memory called Cinematic Memories, which is built on cinematic photos, which it says is one of the most-ised effects in Memories and creates moving, 3D representations of still photos. This feature will be launching “soon” and will make photos “feel a little more like a movie.”

The company will also roll out a new feature called “Styles” which it says draws inspiration from scrapbooks and will add graphic art to memories to “make them pop.”

Memories used to only be visible to the user, but Google says it recognizes there are times when sharing them is desired, and this has been one of the most requested features. Today, the company is rolling out the ability to share entire Memories with friends and family through Android, with support for iOS and a web browser coming “soon.” Through the sharing feature, those who receive a shared Memory can view it from Google Photos on any device.

Finally, Google is enhancing the editing feature of Photos to include a new collage editor.

“With the new collage editor, you can easily create shareable collages. Pick your photos, select your design (including styles from featured artists) and easily rearrange the layout with simple drag-and-drop controls,” Google says.

“You can even edit the photos right from the collage editor — adjust brightness or contrast, apply filters and more. Google One members and Pixel users can also use additional editing features like Portrait Light or HDR within their collages and access more than 30 additional designs.”

These updates to Google Photos will start to roll out today.