Photographer Gordon Laing is back with a new edition of Dino Bytes, the series where he revisits classic cameras from decades past. This time he’s dusting off the 23-year-old Nikon D1, the company’s first DSLR.

The Nikon D1 was first introduced in 1999 and featured a 2.7-megapixel sensor, 4.5 frames-per-second continuous shooting capability, and used all of Nikon’s F-mount lenses.

Of note, Laing says that a 2008 interview revealed that the D1 sensor was actually 10.8-megapixels, but it was grouped into fours for greater sensitivity and dynamic range which resulted in the much smaller finished photo size.

The camera was designed to strongly resemble Nikon’s F5 so that photographers who were transitioning from film to digital would be more comfortable with the design and find it easier to adapt.

As Laing explains on Camera Labs, the D1 wasn’t the first DSLR on the market: that honor was held by Kodak which had an industry-leading 6.2-megapixel camera in the DCS 460. However, that camera cost a shocking $35,600 when it was launched in 1995. “As a DSLR before the days of Live View, the D1 relied entirely on its optical viewfinder for composition and I’ve filmed it with the AF 35mm f2D lens fitted,” Laing explains.

“Here you can see the five AF areas, along with information running below, including the metering, shutter, aperture exposure mode, and remaining buffer. The mechanical shutter speed ran between 30 seconds and an impressively fast 16,000th of a second, typically double that of most mechanical shutters on top-end bodies today.” Laing’s original Nikon battery that was paired with his particular D1 refused to hold a charge, but he was able to find a third-party replacement that allowed him to bring the camera back to life.

One area that was different about the D1 is its color space. Instead of the common sRGB that is used today, the D1 used the NTSC color profile and could record JPEGs and TIFFS in 12-bit RAW. 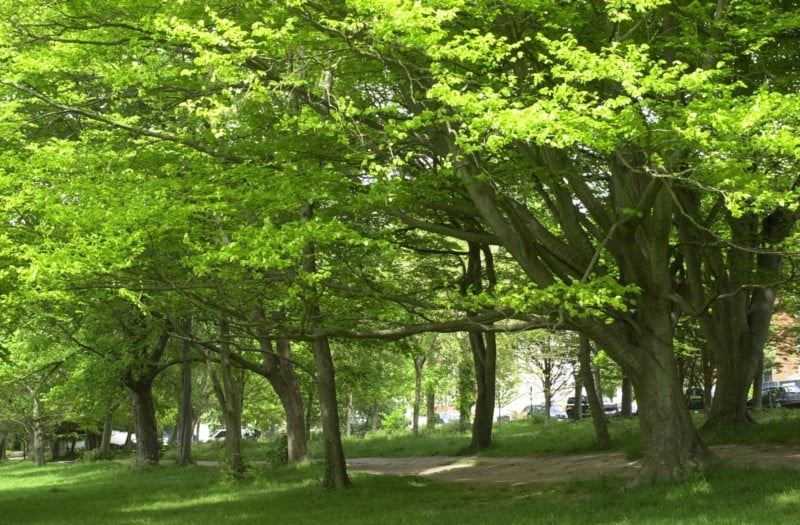 In Laing’s opinion, the D1 is an absolute triumph of a camera and despite how the image quality and color science look dated now 23 years after it came to market, Laing was still struck by how good it felt to use. 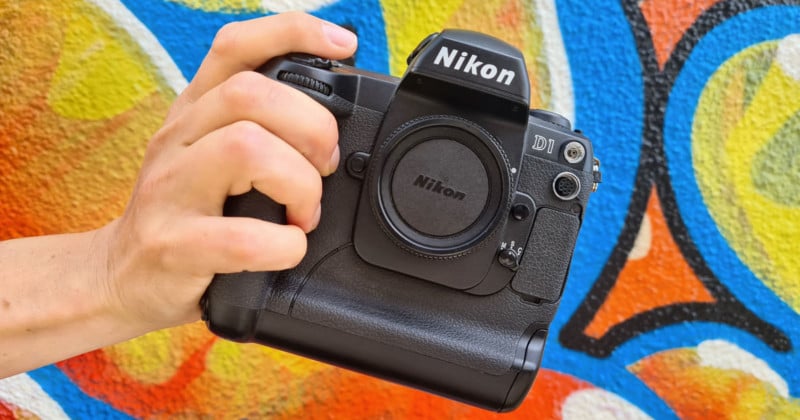 “Returning to many cameras of this period often means grappling with weird controls and menus, but the D1 is part of a well-honed series, looking and feeling like pro Nikon bodies both before and long after,” he writes.

“Sure there’s a few new things to learn with every model, but the D1 deployed Nikon’s heritage in design and ergonomics to become an instant classic.”

Of note, photographer Blair Bunting revisited the D1 back in 2019 and came to similar conclusions.

For Laing’s full story on revisiting the Nikon D1, make sure to watch the video above and read his breakdown on Camera Labs.