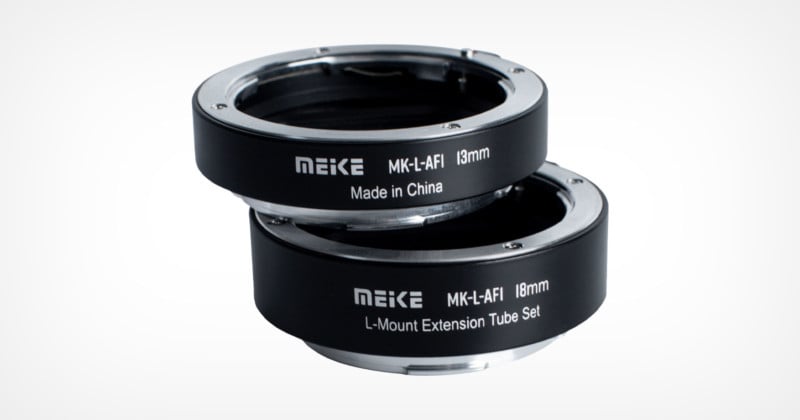 Meike has announced a pair of macro extension tubes designed for use with L-mount Panasonic full-frame cameras. The MK-L-AF1 set comes with both a 13mm and an 18mm extension tube.

Extension tubes are used by macro photographers as a cheap and effective way of increasing the throw of lenses by moving the lens further away from a camera’s sensor. Since the lens is being moved farther away from the sensor, the lens can focus closer to subjects than it regularly could. Because extension tubes decrease the minimum focusing distance of a lens, it allows photographers to get much closer to subjects with optics that would normally not be able to focus as closely. 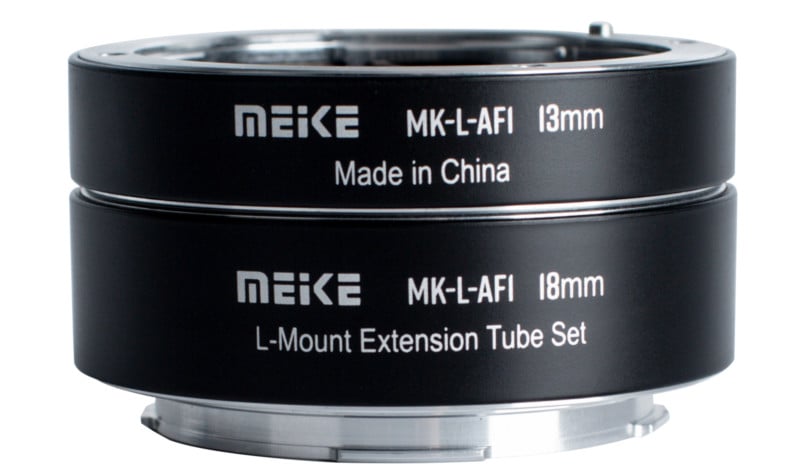 Some companies, like Canon, Fujifilm, and Nikon, produce first-party extension tubes while others, like Sony and Panasonic, do not. That’s where Meike’s latest pair of macro extension tubes come in.

A quick search on Adorama shows no extension tube options for Panasonic full-frame L-mount photographers, which means that the new MK-L-AF1 extension tube set might be one of the only ones on the market. The 13mm and 18mm tubes are designed to work with Panasonic cameras, but unfortunately the company does not indicate if they will work with Sigma and Leica full-frame mirrorless cameras even though they also use the same L-mount. 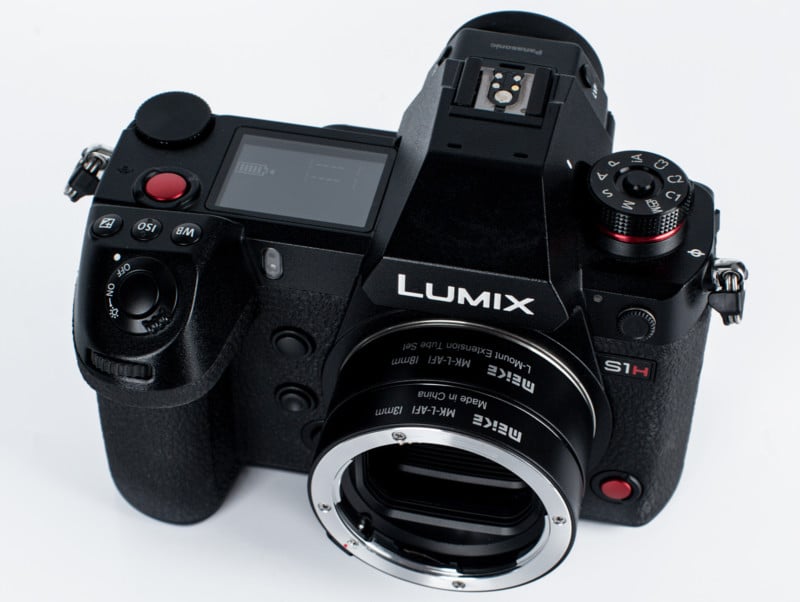 Meike is not known for providing much in the way of information about any of its products, so it’s not even clear if the extension tubes will work with Sigma or Leica L-mount lenses when paired with a Panasonic camera, since the company only says that the tubes work with a “Panasonic Mirrorless L-Mount Camera” and a “Panasonic Autofocus L Mount Lens.” The tubes can be used independently or stacked together. 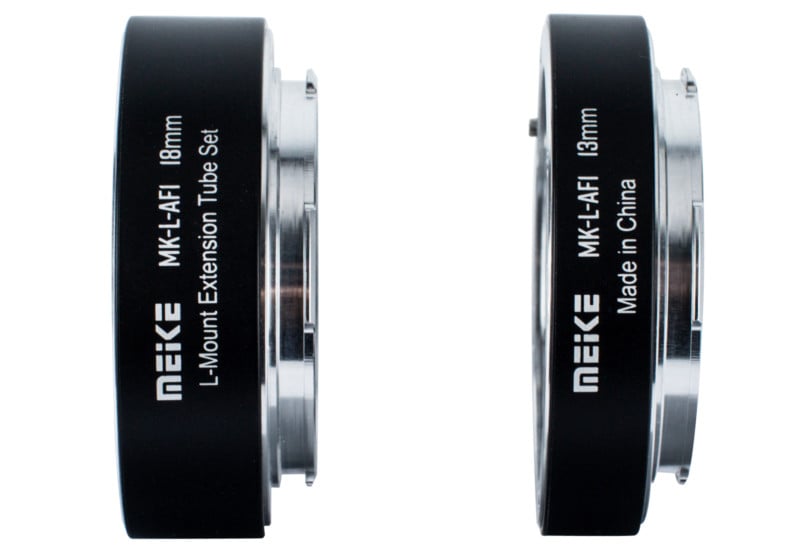 While the cheapest extension tubes don’t provide an electronic connection with the camera, the new pair from Meike do and support autofocus and, while not specifically mentioned by the company, presumably aperture control as well. 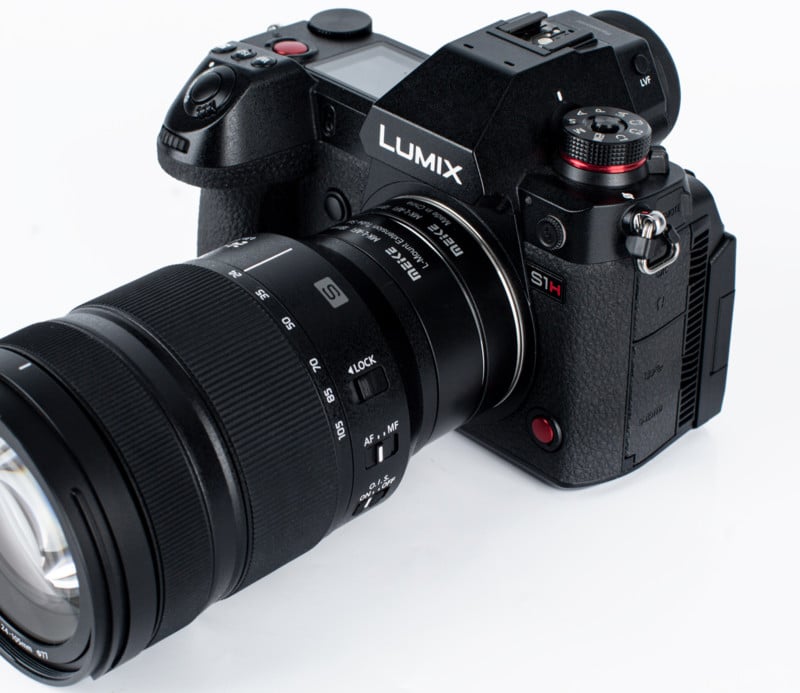 Whatever the case, these new extension tubes aren’t expensive: Meike lists the pair for $60, which is significantly less than first-party tubes from the likes of Canon, Nikon, or Fujifilm.