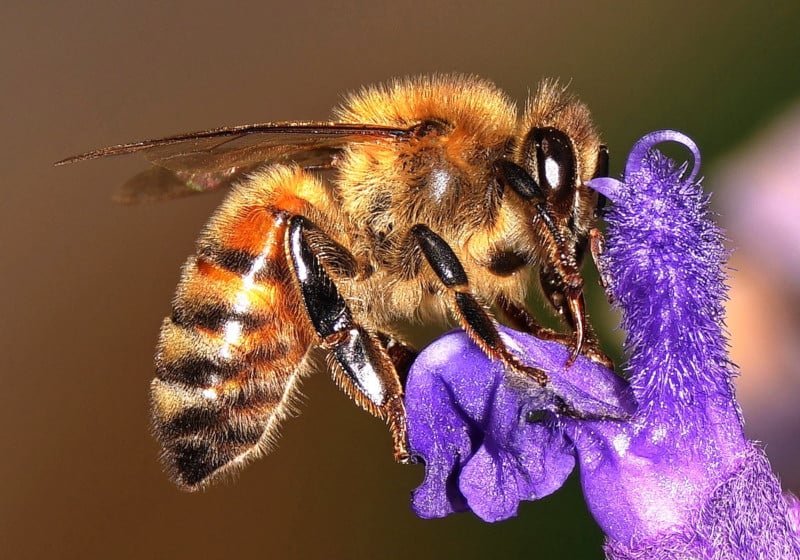 Macro photography works well with conventional lenses and inexpensive extension tubes. The combination achieves 0.3x to 0.5x magnification. Depth of field is much greater with these moderate magnifications than at the 1x magnification possible with macro lenses.

I have superb 90mm and 105mm macro lenses which I use to photograph bees.  But often I want a longer focal length to capture the rapidly moving bees at a greater distance.  I’ve tried telephoto lenses with both diopter lenses screwed on the front and with extension tubes inserted between the camera body and the lens.

Extension tubes allow autofocus and, after moderate sharpening, deliver sharpness which rivals macro lenses.  I shoot mostly at f/11 with both the macro and extended telephoto lenses.

I mainly use a 16mm extension tube for lenses from 100 to 200mm, but 21mm works well with my longer lenses.

The longer the extension, the greater the possible magnification, but autofocus is more difficult with longer extensions.

Some ordinary lenses are capable of 0.25x or closer without extension tubes.

You can measure your maximum magnification by photographing a ruler at the shortest distance that will focus. 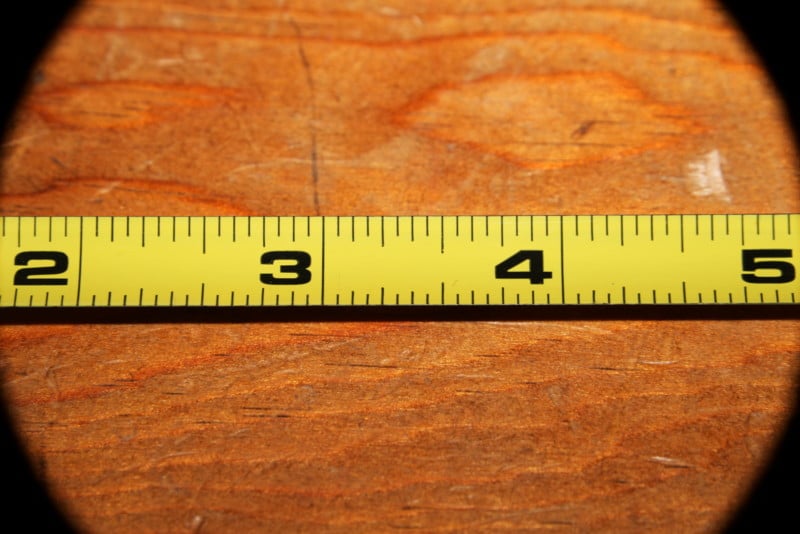 This was shot with my Tamron 28-200mm at 200mm on a 16mm extension tube. The capture is 3.3″ wide which calculates to 0.4x magnification. The vignetting is due to the extension tube, but it never concerns me because I only keep a small portion from the center of the frame.

Then calculate magnification as follows:

I recently issued a focus stacking “challenge” on a macro forum. I had no objection to focus stacking but wanted to demonstrate that a single frame at moderate magnification works surprisingly well.

A man who goes by “Roger in Edmonton” posted a 29-frame stacked image of a silver dollar and I came pretty close with this single frame: 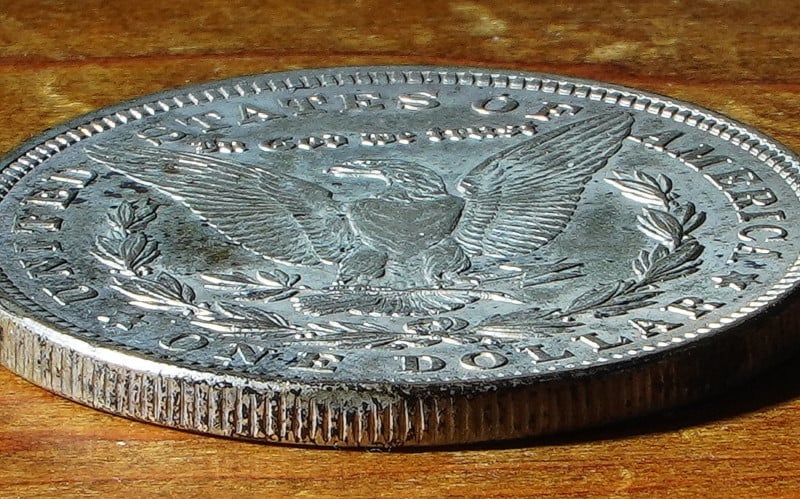 The following were all shot with telephoto lenses on extension tubes.

If you have a yen for macro photography you can get started for very little cost with extension tubes on your existing lenses. You may never need a real 1x macro lens.

About the author: Alan Adler lives in Los Altos, California. The opinions expressed in this article are solely those of the author. He has been an avid photographer for 60 years. He is also a well-known inventor with about 40 patents. His best-known inventions are the Aerobie flying ring and the AeroPress coffee maker.