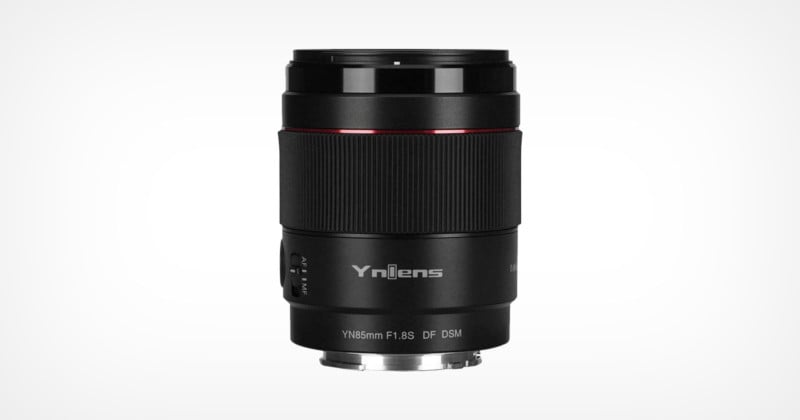 Yongnuo isn’t a name often associated with high-end optical excellence, but perhaps that should change. The company’s 85mm f/1.8 lens is listed in the top three of all lenses based on its overall DxOMark score.

DxOMark’s scores have become a point of contention for many photographers over the years, but considering the company at least tests all the lenses on this list consistently, Yongnuo’s presence here is notable. The overall score of 51 is tied for the second highest and its score of 53 on sharpness specifically puts it at the top of all lenses in the top 10 optics the organization has tested. 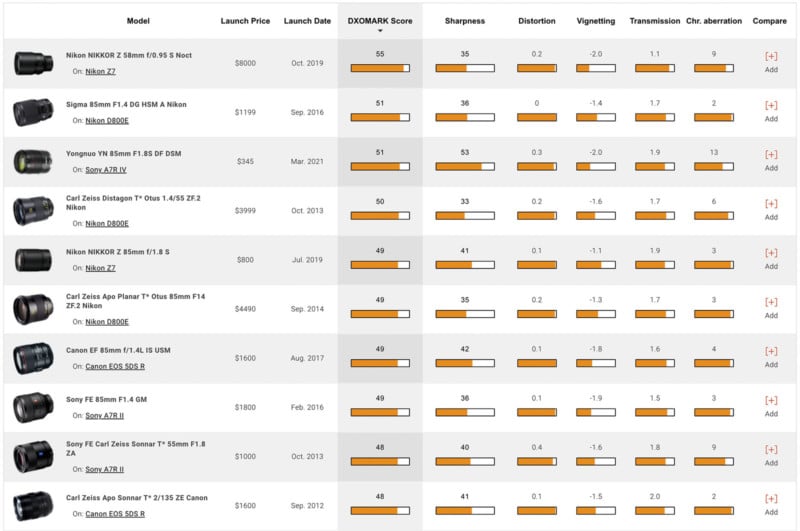 What is even more remarkable is that Yongnuo has achieved these high marks while being significantly cheaper than every other option at the top of this list by a considerable margin. The 85mm f/1.8S DF DSM costs just $345, which is significantly less than the Sigma 85mm f/1.4, which asks $1,200, and the Nikon Noct which costs $8,000, which very well might be worth the tradeoff for scoring slightly less than both.

The lens is clearly punching far above its weight class and is comparable to the Michelin-starred food cart in Singapore that only charges $1.50.

The Yongnuo YN 85mm f/1.8 was originally announced in March of 2021 and is a relatively simple optic on paper. It is constructed of nine elements in eight groups, features a seven-bladed aperture diaphragm, and weighs a scant 380 grams. The lens is designed to work with Sony E-mount cameras and supports both manual focus and autofocus, the latter which is driven by a DSM stepping motor.

The lens isn’t just available for Sony E-mount, although that is the only mount that DxOMark tested. The lens became available for Canon RF mount in July of 2021 and appears to be otherwise identical.

Update: A previous version of this story incorrectly labeled the Sigma lens as an f/1.8, when it is an f/1.4. We apologize for the error.