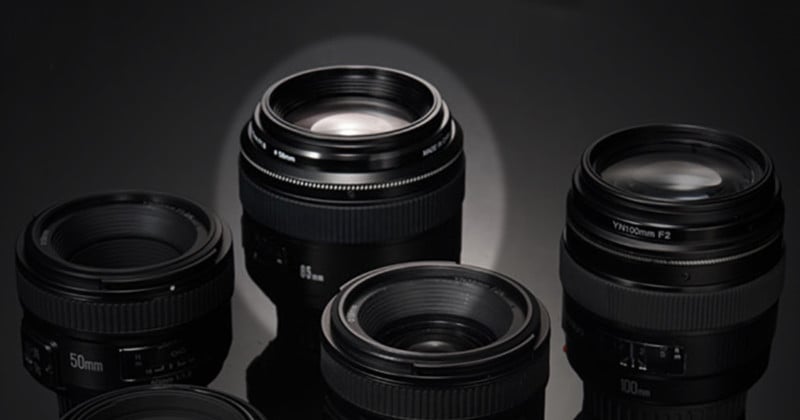 The 100mm f/2 lens spotted yesterday isn’t the only new lens coming soon from affordable camera gear maker Yongnuo. It seems the company accidentally outed another lens in one of their product images: an 85mm (probably) f/1.8.

Spotted by Nikon Rumors, you can actually see the lens in one of Yongnuo’s own product images. In a photo of the entire Yongnuo lens line, you see the two 50mm and 35mm lenses (Canon and Nikon), the new 100mm Canon lens, and one more lens that hasn’t been announced yet… an 85mm. 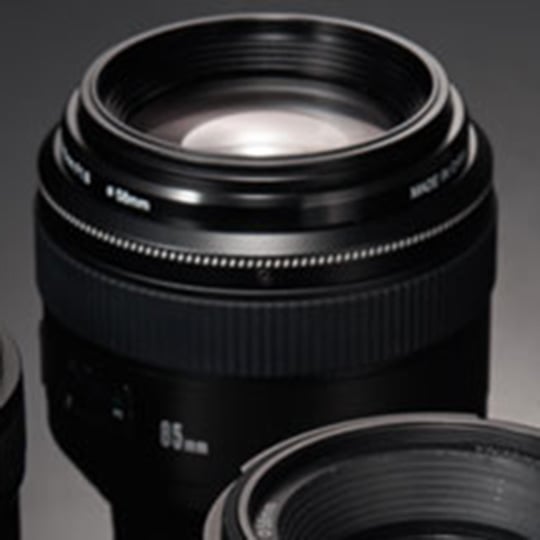 Unfortunately the lens is a touch out of focus, so we can’t quite figure out the exact specs, but give its size and the 58mm(?) filter thread written on the side, we’re expecting f/1.8. Plus, as NR pointed out, the design is extremely similar to the Canon EF 85mm f/1.8 USM, following in the footsteps of the nearly identical YN 100mm f/2 clone “announced” yesterday.

If it is a Canon 85mm f/1.8 clone, we can also pretty accurately speculate about the price. The Canon lens runs about $350, which probably means a $100-$150 price tag for the Yongnuo “knock off.” Stay tuned, and we’ll be sure to let you know when this lens is officially announced.

How to Turn a Bus Stop Ad Into a Portrait Studio