What a week it has been for the world’s largest photo-sharing app, although we are not sure if we can still call it that. Instagram, and its parent company Meta, has hit the headlines every day, and frankly, it has been a bit of a mess.

Since there have been so many twists and turns in what appears to be a momentous time for Meta, we will recap the crazy week that has just gone down.

The viral post “Make Instagram Instagram again,” picks up momentum with celebrities like Kylie Jenner and her sister Kim Kardashian, posting the message in a clear sign of the growing backlash against the app’s experiments with a TikTok style feed. There’s even a petition with photo-lovers in particular angry at Instagram’s apparent lurch toward video. 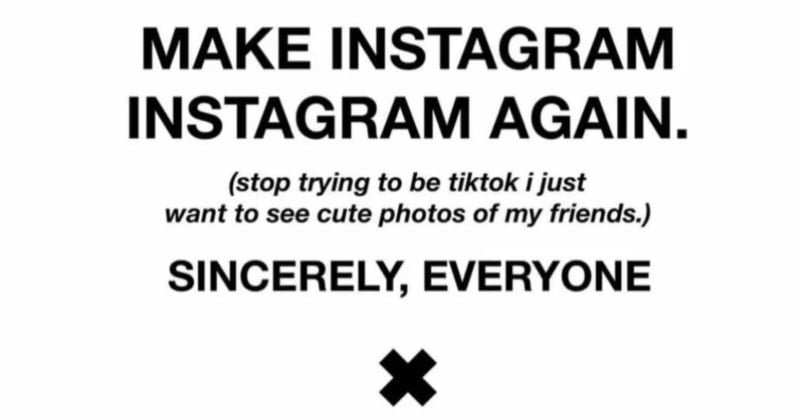 Unfazed by the criticism, the head of Instagram Adam Mosseri doubles down on the company’s commitment to video. He states clearly his belief that the app is “shifting more and more to videos over time.” But he also adds that the current feed change “is not yet good.”

I wanted to address a few things we’re working on to make Instagram a better experience.

Please let me know what you think 👇🏼 pic.twitter.com/x1If5qrCyS

On the same day, PetaPixel reports that BeReal, a photo-sharing app dubbed the “anti-Instagram,” has soared in popularity in recent weeks to take the number one spot in the U.S. on Apple’s App Store charts — even beating Instagram’s big rival TikTok.

It’s reported that Meta is currently experiencing a combination of financial difficulties that, in its long history, it has never faced. Its Reality Labs division continues to lose billions of dollars at the same time Facebook reported its first-ever decline in revenue.

Meta CEO Mark Zuckerberg wades in and announces that Instagram and Facebook will show even more posts from accounts that users do not follow: the news does not go down well. During Meta’s second-quarter earnings call, Zuckerberg reveals that, currently, about 15 percent of the content shown to a Facebook user on their feed is recommended by its algorithm — with the number being slightly higher on Instagram’s feed. However, according to Zuckerberg, this number should increase to more than 30 percent by the end of 2023.

Remarkably, on the same day, Instagram head Adam Mosseri comes out with a different message to his boss and says that the app will walk back some of its major changes following the uproar. In an interview with Platformer, Mosseri says that the test version of the app that opened to full-screen photos and videos will be phased out over the next one to two weeks, and Instagram will also temporarily reduce the number of recommended posts that users see.

PetaPixel reports that Instagram has added a new “Dual” camera feature — seemingly in a bid to copy photo-sharing app BeReal which earlier in the week had soared to the number one spot on Apple’s App Store charts. Instagram’s “Dual” is visually similar to BeReal’s main feature which allows users to record videos with their device’s front and back-facing cameras simultaneously.