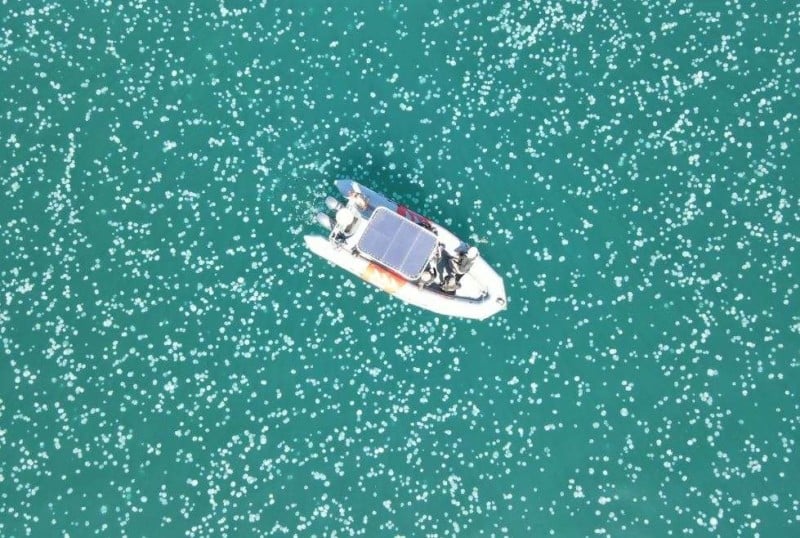 A massive swarm of jellyfish has appeared near the city of Haifa, located in northern Israel. In footage shared by Israel’s Nature and Parks Authority, the sea appears inundated with the creatures.

The photos and video were captured by a drone over Haifa Bay on July 20 and show the massive infestation of the invertebrates. As the camera pans up, more of the creatures become visible as the sea appears littered with thousands of white dots.

There are many different jellyfish species that reside in the area, but the most common is the nomad jellyfish, which is categorized as an invasive species that originates from the Indian and Pacific oceans and migrates to the Israeli coast via the Suez Canal, The Jerusalem Post reports.

Jellyfish are not uncommon in the area, especially in the summer, but the current wave of them has reached new levels of extreme saturation.

While many types of jellyfish on their own are not particularly dangerous to humans, a huge volume of jellyfish can be problematic even in those cases due to repeated stings.

The nomad jellyfish worsens the problem as its sting is particularly painful to humans. Because of this, the Nature and Parks Authority has asked the public to stay off the shores until the swarm abates.

But it’s not just direct harm to humans that is an issue. Jellyfish can damage the environment as they compete with other marine life for food, which can become scarce given the huge volume of jellyfish, the Nature and Parks Authority says.

Additionally, jellyfish can cause economic damage as they can clog the pumps of desalination plants and the cooling areas of power plants. They can also damage fishing nets and vessels. 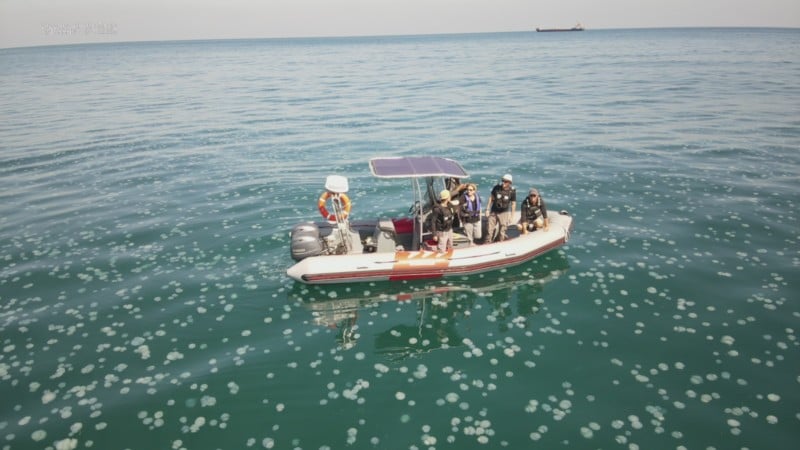 The Nature and Parks Authority says that some manmade actions may have contributed to the rise in jellyfish numbers, including climate change, sewage that has polluted the waters and harmed some of their natural predators such as sea turtles and sunfish, and even the additional digging in the Suez Canal which has made it easier for the creatures to migrate to Israel’s cost from their homes in the Pacific and Indian oceans.