Researchers from the Monterey Bay Aquarium Research Institute (MBARI) recently captured footage of a giant phantom jellyfish. Sightings are exceedingly rare, and this species has only been seen nine times over thousands of dives.

The MBARI remotely operated vehicle (ROV) Doc Ricketts spotted what the Institute describes as a “billowing crimson curtain.” This giant phantom jellyfish (Stygiomedusa gigantea) is more than one meter (3.3 feet) across and trails four ribbon-like oral (or mouth) arms that can grow more than 10 meters (33 feet) in length. MBARI says it has logged thousands of dives, but this particular species has only been seen nine times.

MBARI says that the first phantom jelly was collected in 1899, but since then scientists have only encountered the giant jellyfish about 100 total times. It was not until 1959 that scientists recognized it as a new species, and even now very little is known about the animal. The majestic deep-sea creature appears to have a global distribution and has been recorded in all oceans except for the Arctic. MBARI says that the challenges of deep-sea exploration are likely why there has been a relative scarcity of sightings for such a large and widely distributed species of jellyfish. 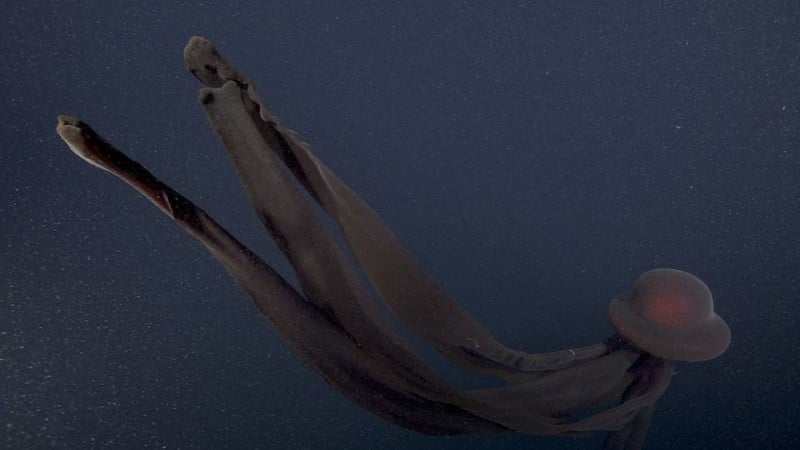 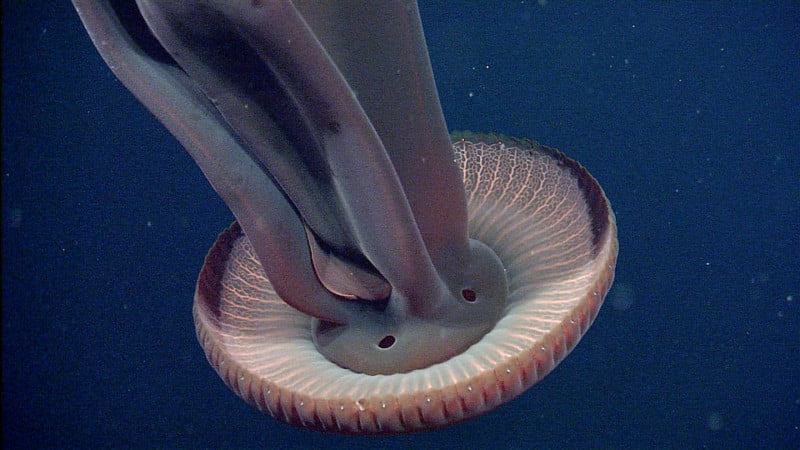 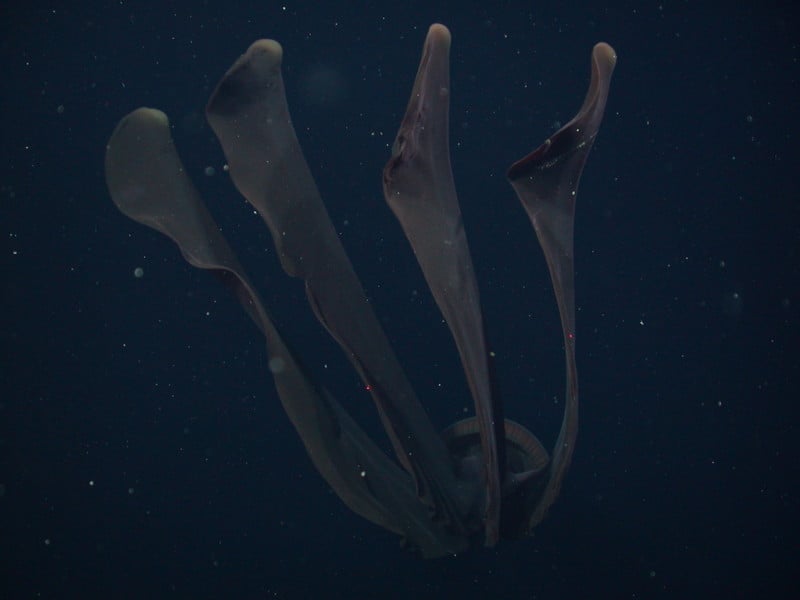 “Historically, scientists relied on trawl nets to study deep-sea animals. These nets can be effective for studying hardy animals such as fishes, crustaceans, and squids, but jellies turn to gelatinous goo in trawl nets,” MBARI notes. 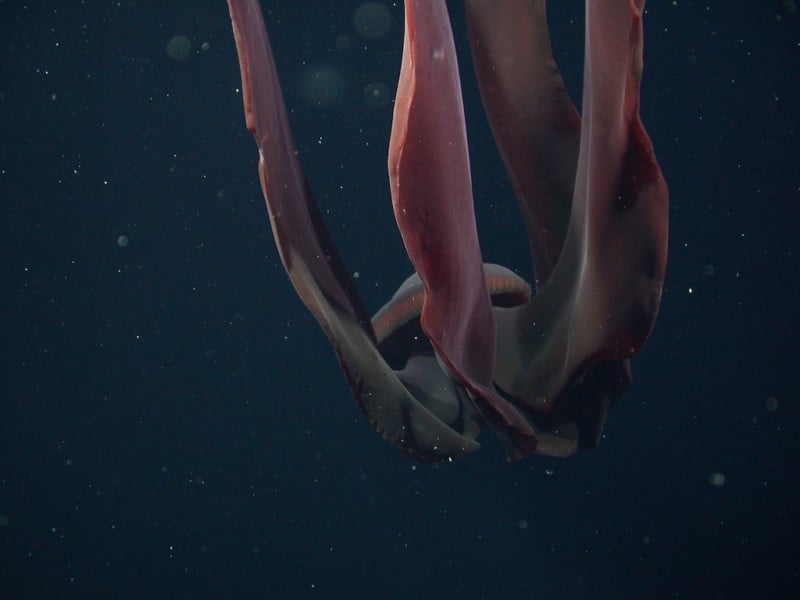 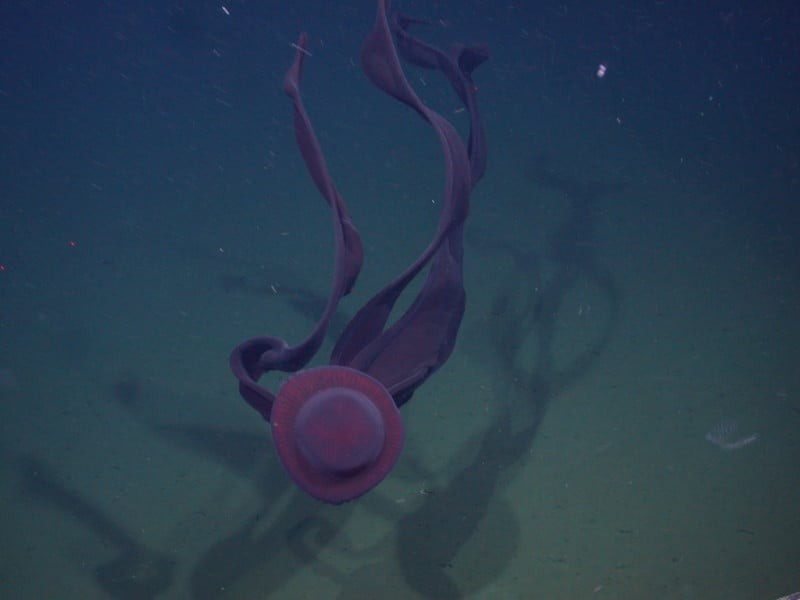 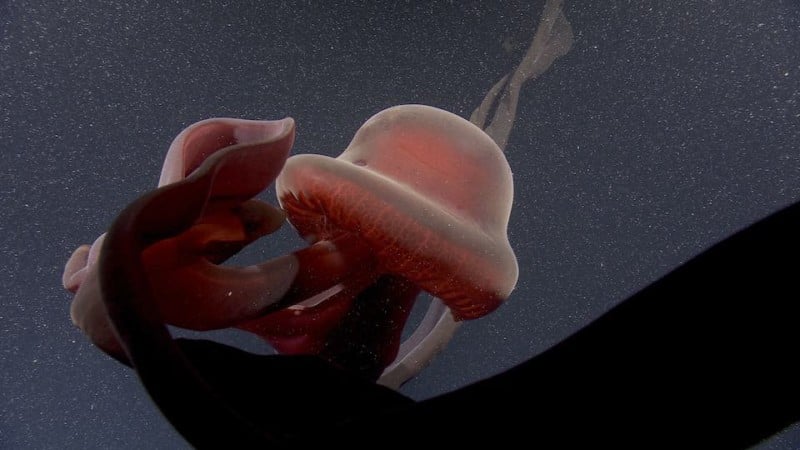 “The cameras on MBARI’s ROVs have allowed MBARI researchers to study these animals intact in their natural environment. High-definition—and now 4K—video of the giant phantom jelly captures stunning details about the animal’s appearance and behaviors that scientists would not have been able to see with a trawl-caught specimen.”

The giant phantom jelly can live anywhere between the surface and 21,900 feet, but is usually found in the midwater, or midnight zone (bathypelagic zone). This is the layer of the oceanic zone at depths generally between about 1,000 and 4,000 meters (3,280 to 13,120 ft). It receives no sunlight and, as expected, water pressure is considerable. While it is only speculation, giant phantom jellies are presumed to feed on plankton and small fish.

During this particular expedition, researchers watched as a fish called the pelagic brotula (Thalassobathia pelagica) hovered around the bell of the jelly and swam in and around the large oral arms. 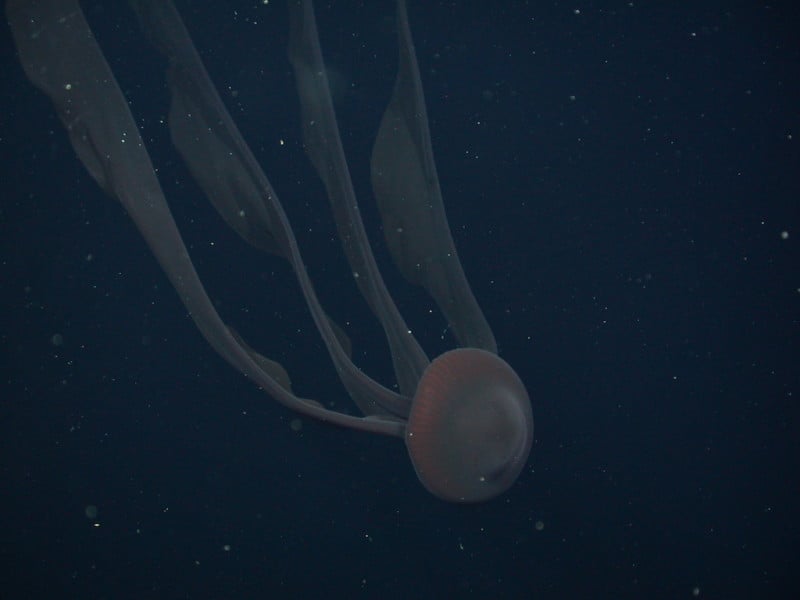 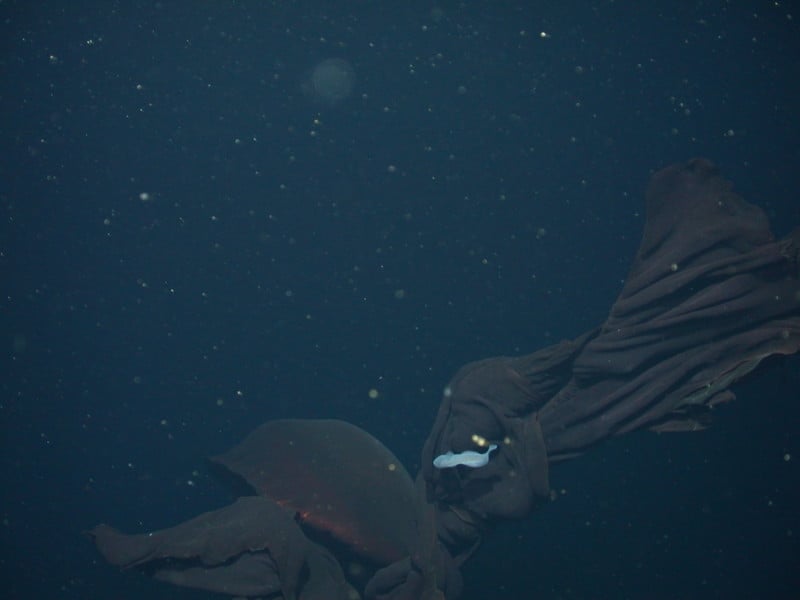 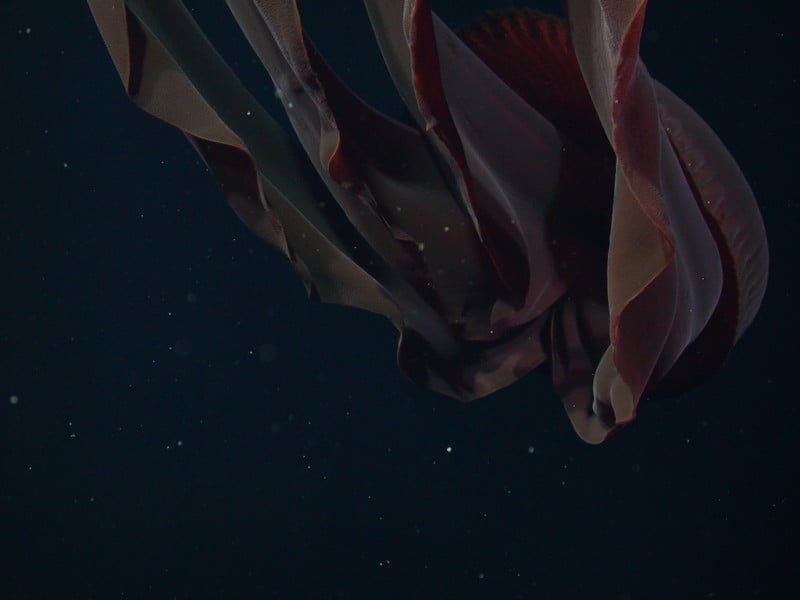 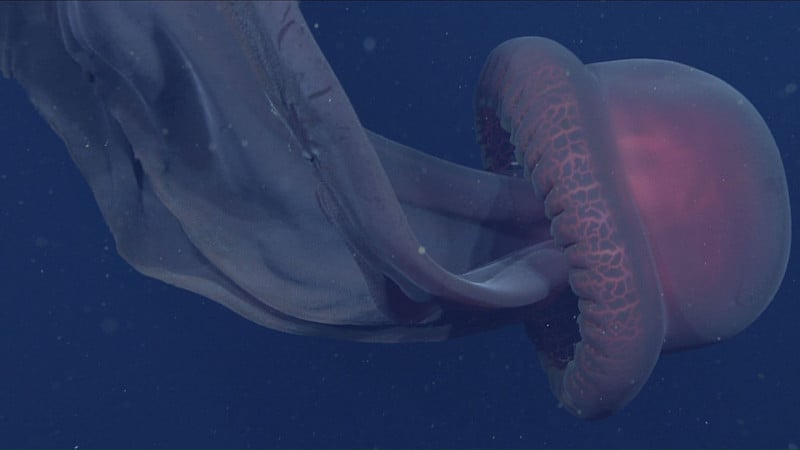 “The wide-open waters of the midnight zone offer little shelter, so many creatures find refuge in the gelatinous animals that are abundant in this environment,” MBARI says.

The photos and footage are extraordinary. MBARI has a detailed feature on the giant phantom jelly on its website as well as a page dedicated to all the fascinating creatures it has discovered.