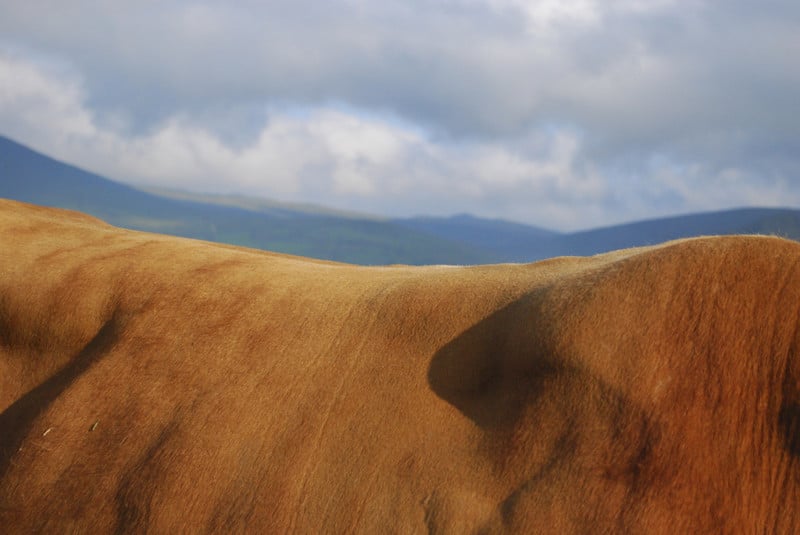 Living on a farm, photographer Kate Kirkwood became accepted by two herds of cows grazing nearby. While getting to know the inquisitive but gentle animals, Kirkwood captured a unique series of bovine abstracts she calls “Cowspines.”

Kirkwood is based in the Lake District in England, a popular region for hikers and photographers known for its scenic mountains and beautiful lakes. While earning her living working basic jobs and taking on commissioned shoots from time to time, Kirkwood doesn’t strive to become a professional full-time photographer.

“I love photography, but it’s difficult,” she tells PetaPixel. “If you’re a fine artist working with other materials, your choices are much broader; with photography, you have the real world.” Yes, you can fiddle with post-production, but I’m not keen. I prefer the challenge.”

Today, Kirkwood has become more selective in what and how much she shoots, saving her creativity and photography “for the delicious squeezed spaces in between.” She has not only challenged herself to look for the unique concepts that have not yet been touched by many, but Kirkwood also hopes to clear out her past archives to only keep what matters.

“What a mess we leave lying around on hard drives and in the aether,” she explains.

Kirkwood’s “Cowspines” developed organically. She used to do a bit of fell running, also known as mountain running, and on the way home, she often visited two nearby grazing herds of cows with a point-and-shoot camera tucked in her waist bag. Giving them a hello, she would take the odd photograph.

“After initial uncertainty, they began to ignore me, and before long, I became insignificant to their community life, and I could get close to them,” Kirkwood says. “Visiting them has become a regular pleasure for me, now with a rather better camera.” 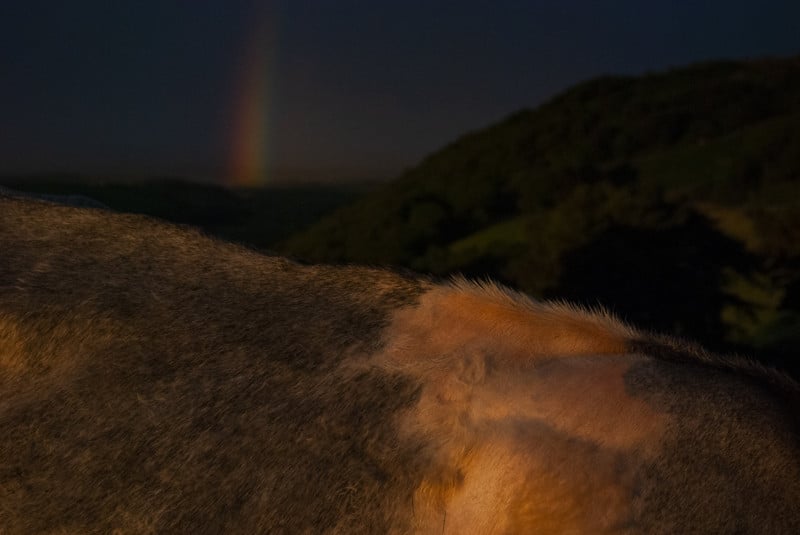 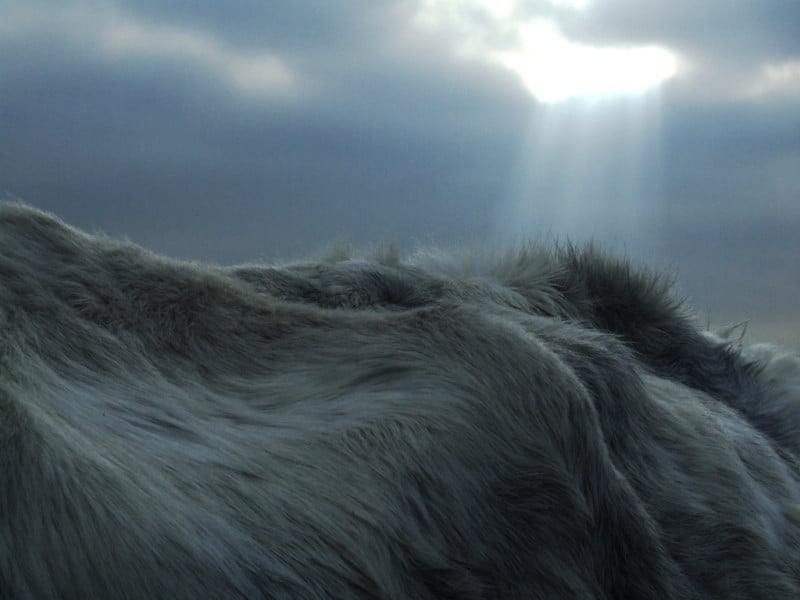 “I can spend hours among them and have grown to revere and love them,” she continues. “Being there, I noticed how settled they are in the landscape and how their shapes, tones, and textures echoed and complemented the hills, the skies, the walls, and fields around them. So it was a slow process of gradual awareness of a possible series, and it’s a very mellow, happy, and beautiful process for me.”

Having built connections with her subjects over the years, Kirkwood wants them to be celebrated and loved. Compared to cats and dogs, she has found animals to be largely forgotten in today’s culture. 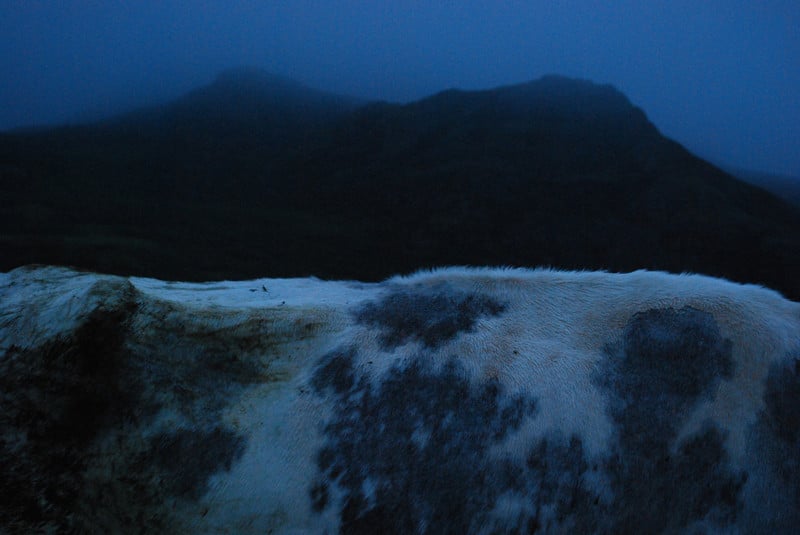 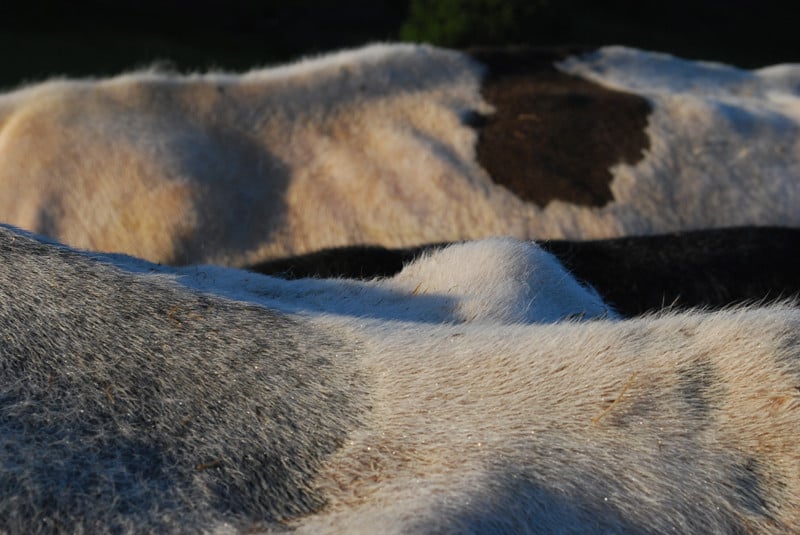 “Cows might be glimpsed as a herd at a distance, from the car window or on a walk, studiously avoided if encountered, their smell and power disdained, but eventually they’re consumed, eaten, in the most intimate act of mastery,” she explains.

“The only moment some people have of being close up to a cow is when they’re eating a bit of one, or drinking her milk. They are sensual, beautifully formed, gentle creatures, and I’d like to share that.”

Kirkwood is a strong advocate against industrialized farming and “the unbearable cruelty, toxic waste, and land destruction” that results from it. Perhaps, the world needs those with the privilege to do, consume, and have “a lot less of everything” — this is a stance she also takes in her photography.

Years-Long Project Now in a Book

The “Cowspines” series is now available to view in a limited edition print book, which was 12 years in the making. Her body of work has gathered international attention, not least with street and portrait photographer Joel Meyerowitz leaving his thoughts on Kirkwood’s project. The book also contains his foreword. 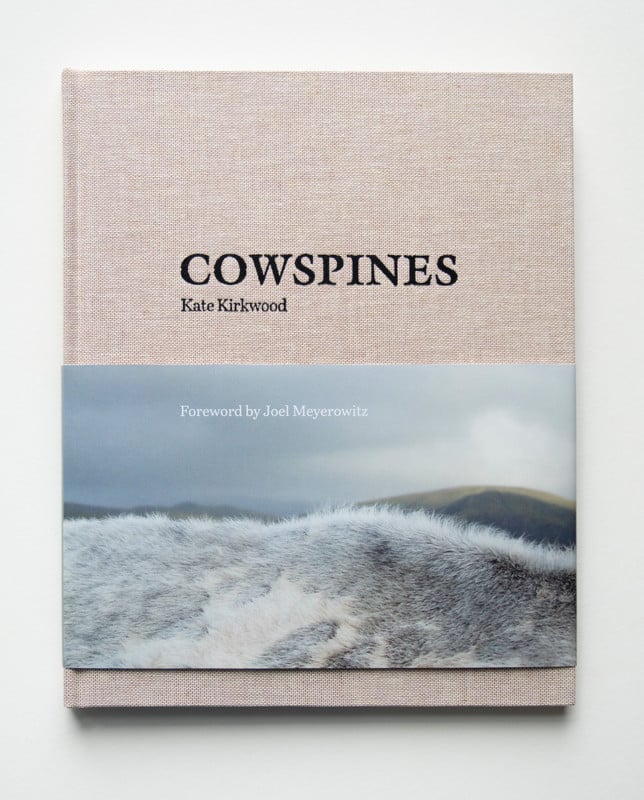 “Kate’s cow spine images give us that jolt of surprise, that sudden rush of breath signaling shock and amazement at what we are seeing; they remind us of the power that ordinary reality has to astonish us,” he says.

“The work is deep, quiet, strongly felt, and full of a connection to things, the land, the creatures, and the hours lived on, with and among them all.”

More of Kirkwood’s work can be found on her website and Instagram, with “Cowspines” available to order online from Ten O’Clock Books.