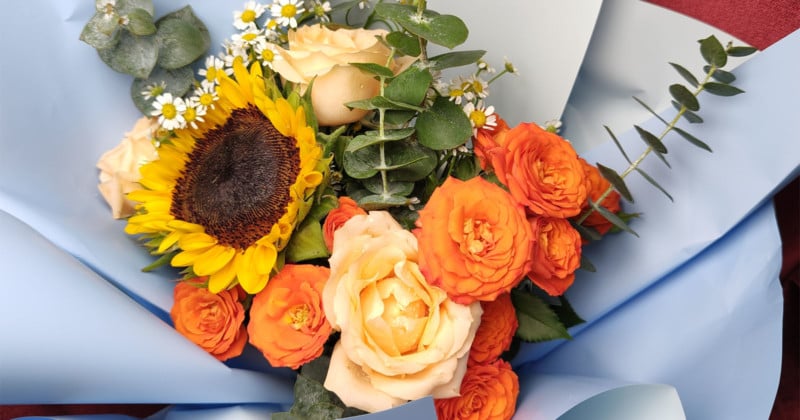 Motorola is expected to soon launch a new Moto Edge flagship smartphone device as soon as the next month that will use Samsung’s 200-megapixel ISOCELL HP1 sensor. Ahead of the launch, the company has shared a photo taken with it on social media in China.

Motorola announced that it was releasing a new flagship smartphone sometime this summer back in May.

GSM Arena spotted a post on Weibo from the General Manager of Motorola in China, Chen Jin, who published a sample photo captured with the new 200-megapixel sensor that is coming to the company’s smartphone.

The photo is captured at 50 megapixels using the sensor’s ability to create a four-in-one pixel binned image. The photo is quite large at 6,144 by 8,192 pixels and is 13.8-megabytes in size.

The photo looks most impressive when viewed at less than 100%, but when examined at full resolution, some issues with the photo’s quality start to reveal themselves.

There appear to be significant lens aberrations, specifically a lack of sharpness across the frame. While the sensor is able to render extreme resolution, the optical system used to capture his image is either flawed or isn’t finalized since there is significant pixel smearing that is visible very soon after looking away from the center of the image. That said, even the very center of the image does not appear to be particularly sharp.

This is not the first time we’ve seen Samsung’s HP1 sensor in action. At the end of May, Samsung published a campaign that showcases the resolution of the sensor by printing a massive 616 square meter (2,021 square feet) building-sized photo taken with it.

As impressive as that sounds, billboards are not typically printed at very high resolution since the viewing distance isn’t expected to be very close. So while it at first sounds impressive that Samsung was able to make such a large print using a smartphone, it becomes less so after it is considered that Apple has been printing its iPhone photos on billboards for years.

Samsung did indicate the photo could be viewed up close with high fidelity, but did not supply that photo in its full resolution to media and did not say exactly how close the giant cat photo could be viewed and still enjoy its sharpness. This look from Motorola is the first time anything close to a full resolution photo taken with this sensor in an end-use-case device has been shared, and it isn’t even at the maximum 200-megapixels the HP1 promises. Despite pixel binning, the issues with the image seem to hinge on the quality of the optics, and hopefully, Motorola can fine-tune them before the smartphone launches later this year.