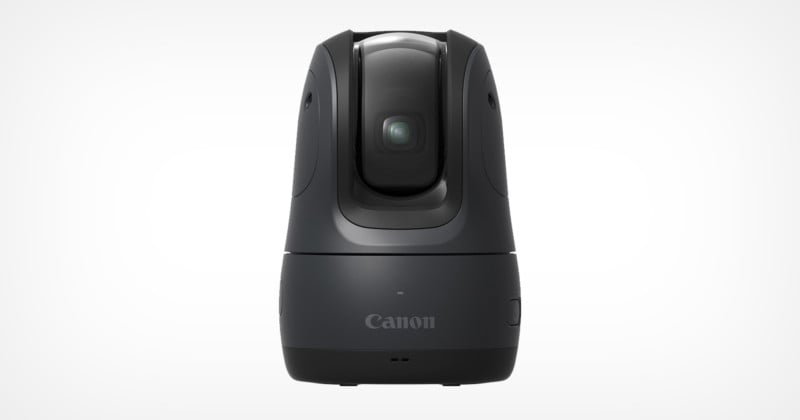 Canon has announced that the PowerShot PICK, the active tracking PTZ camera originally launched in Japan, is coming to the United States. The portable camera offers a hands-free solution for capturing candid photos and videos automatically.

The PowerShot PICK is built around face-detecting and tracking technology that allows it to follow and automatically capture events based on what it “sees.” The camera detects smiles and can be programmed to shoot photos or videos without any interaction from the user.

The camera first launched in Japan in January of 2021 through a crowdfunding campaign where it was extremely successful. In October, the PICK received an international release to Europe. 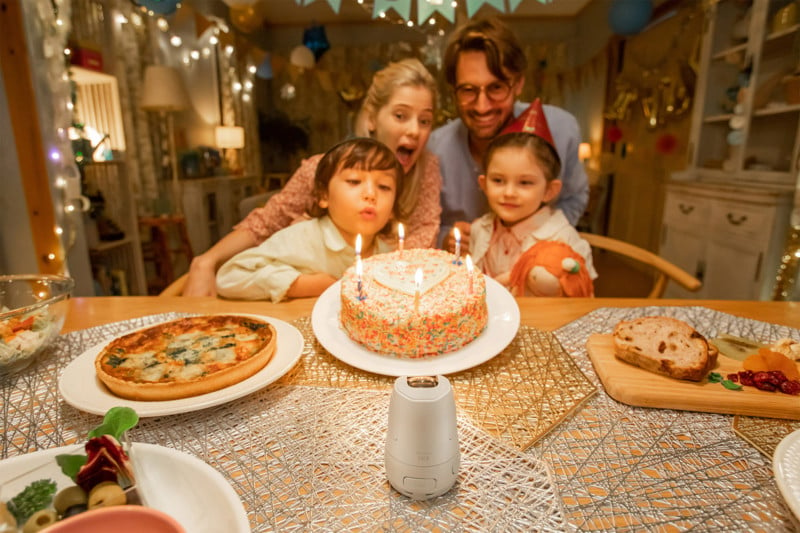 The PICK features about 340-degrees of panning movement and tilt capabilities between -20 and 90 degrees. It has a 3x optical zoom (via the 19-57mm lens that also has automatic image stabilization) accompanied by a 4x digital zoom that allows it to keep tabs on subjects with its auto tracking and auto photo capture features. The PICK is battery-powered, has support for voice commands, produces 11.7-megapixel photos, and can shoot Full HD 1080p video with support for 59.94, 29.97, and 23.98 frames per second (FPS) capture. 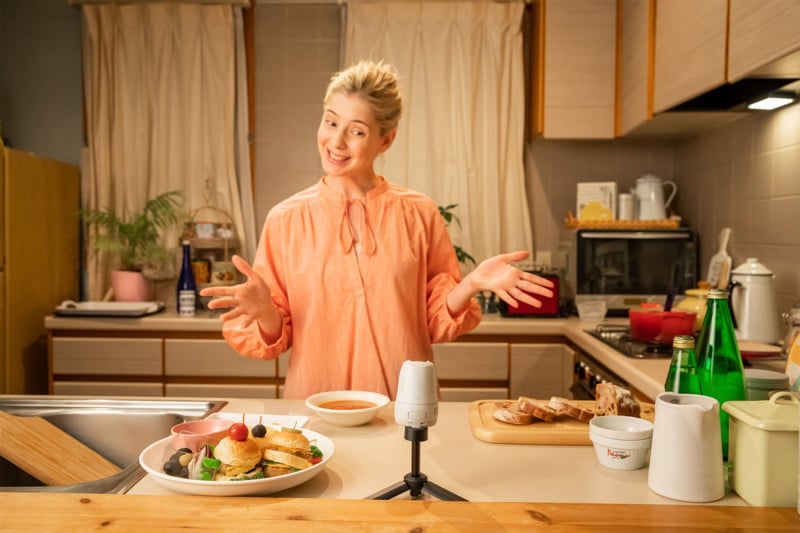 When the camera first was announced, Canon argued that letting AI handle photography has a couple of advantages. For example, in addition to freeing up a parent who would normally be responsible for taking images, the nature of the camera is to be small and forgotten which leads to more “real” photos instead of posed ones. This mimics the advantages of hiring a photographer to document a day, but brings that advantage to any situation.

The PowerShot PICK requires the MiniPTZ mobile app for compatible iOS, iPadOS, and Android devices. The app includes capabilities like configuration settings, manual remote control of the camera, automatically generated highlight videos (iOS only), and the ability to browse through and select favorite photos and videos for download.

“The PowerShot PICK is also a great way to capture your next social media post or home video. Whether you want to film a cooking tutorial or dance video, the PICK can easily record them,” Canon says.