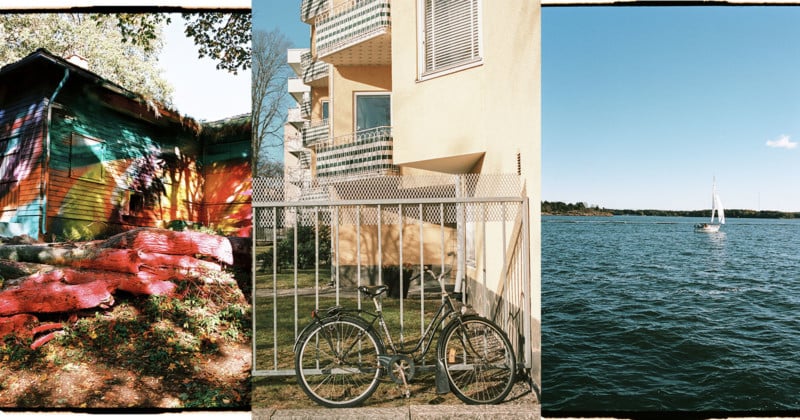 SantaColor 100 ISO color film is new stock from Finnish film company Santa 1000 based on a brand of 35mm roll that is used in aerial surveillance photography. The film is being offered in a crowdfunding campaign.

The film is manufactured in the United States and has been used mostly for the purpose of aerial photography and surveillance. This makes the film base lighter and thinner than other film stocks, and Santa 1000 want to import it to the Nordic country in huge 300m rolls.

The company, is known for its black and white film stocks, but has inventory issues due to “geopolitical issues.” The Finland-based company has been getting its film stock from Russia, which is undergoing economic sanctions due to its invasion of Ukraine. With the international community pressing hard for sanctions against Moscow, the company has had to look for alternatives.

The stock is not based on 35mm motion picture film so it does not have a remjet backing, which can make the development process more expensive. This means that the film can be developed using a more affordable standard C41 developing process, or it can also be developed using the E6 positive slide process.

The company says that photographers are sure to like this film for its tight, fine grain, and according to the crowdfunding video, a slight red dominant hue on the color scale, meaning that all photos tend to appear to be on the warmer side. The film can also be pushed three stops to ISO 800.

The film has been traditionally available to photographers from smaller retailers in the United States, but Santa1000 is aware of no one offering it currently. The company is seeking to raise $132,000 in order to purchase the film which has a minimum order of 15,000 rolls, packed in 300m spools.

From there, the film will need to be broken down and hand spooled. And with a global supply chain shortage going on around the world, the company is opting to use a back inventory of used 35mm film canisters to load the film into. 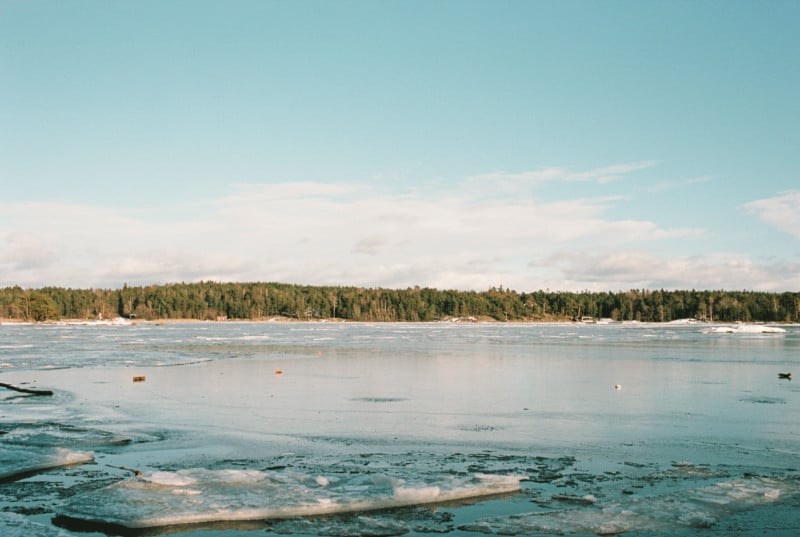 The cost of hand rolling the film is bound to be expensive, and even the company admits that the margins for making a profit from this endeavor are incredibly thin for turning a profit. But since the film has become scarce of late, they state that the risk is worth it to support the analog film community.

The goal is to reuse and recycle the used canisters to keep them out of landfills and extend their useful life. But the downside is that light leaks may occur in the first few frames, leaving Santa 1000 to suggest that photographers load the film indoors before shooting. However, if there is a substantial light leak due to a defective, or overused canister, the company is prepared to replace the film at no additional cost. 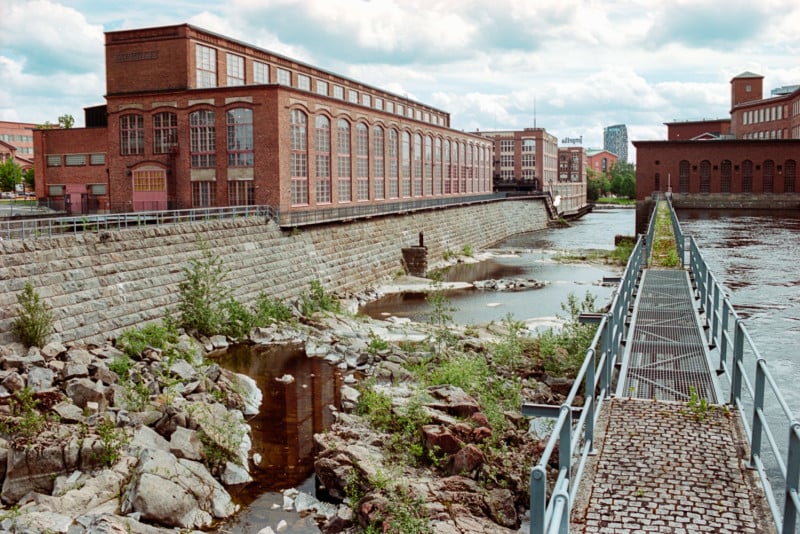 Those interested in backing the campaign can get five rolls of SantaColor 100 ISO color negative film for about $63. There’s also an early bird 10-pack being offered for $105.

The company says this will make the film one of the cheapest available in an analog film market that is rapidly becoming more scarce and expensive. The film will also be shipped internationally from Finland using an experienced crowdfunding fulfillment company and DHL worldwide.

Check out their crowdfunding campaign at IndieGoGo.com. 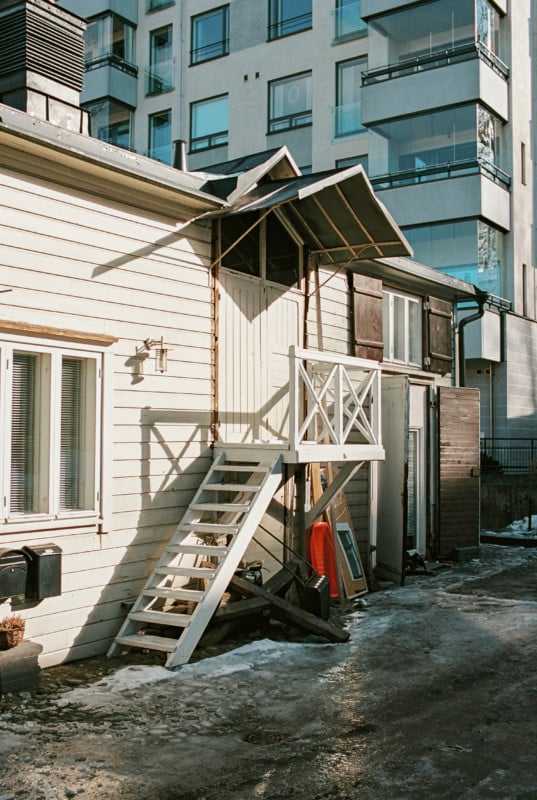 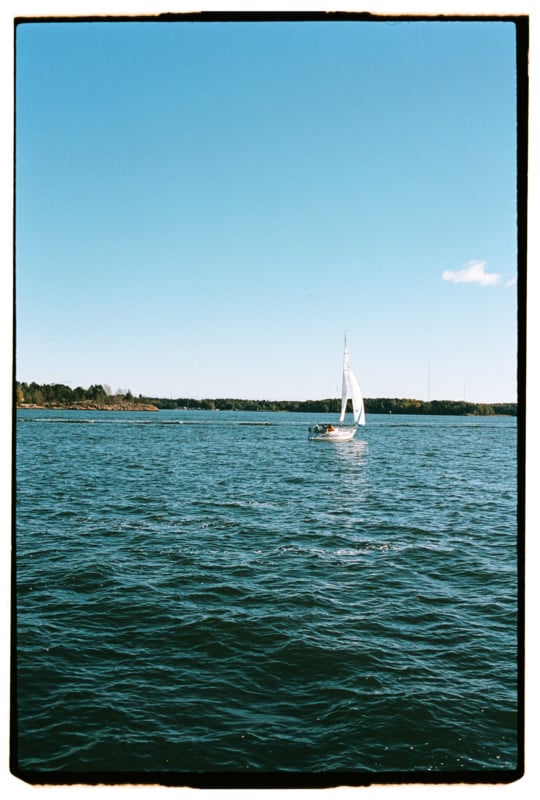 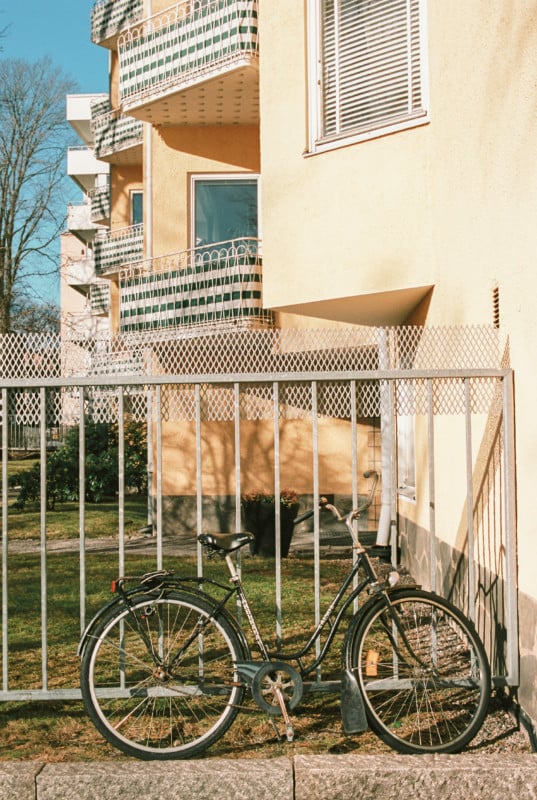