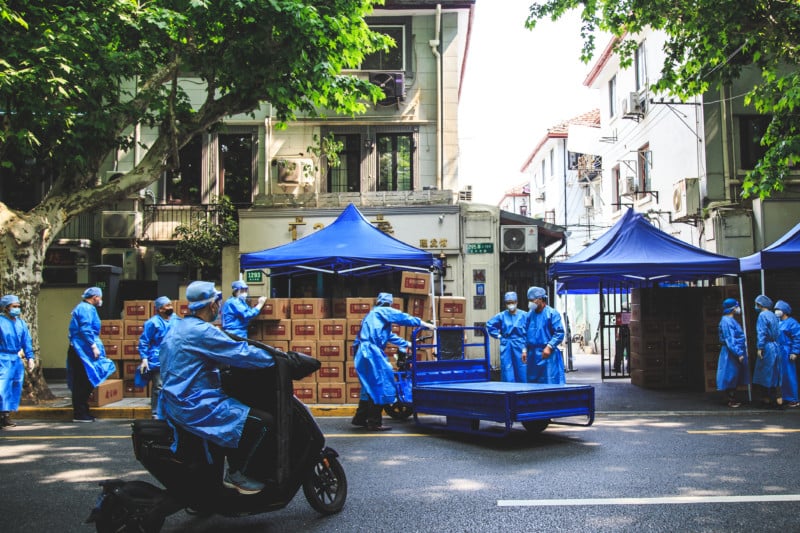 For photographer Nicoco, what was meant to be a brief photo project of a five-day lockdown in Shanghai quickly became two-month documentation of frustration, sadness, and boredom.

Confinement and Fear of the Known

Nicoco’s personal documentation of the coronavirus outbreak in Shanghai, China’s cosmopolitan coastal city, began in early 2020. The first part of her project focused on the emptiness, isolation, and fear felt in the city, similar to Anthony Reed’s recent series that captured Shanghai as a quiet, desolate metropolis.

Now, however, things are different not just for Nicoco and what her lens sees, but for Shanghai and China as a whole.

“Covid has changed completely since early 2020,” Nicoco explains. “At that time, nobody realized how Covid would affect the world, and to what extent. In Shanghai, businesses were closed, and people were encouraged to stay inside. However, there were no restrictions on movement.” 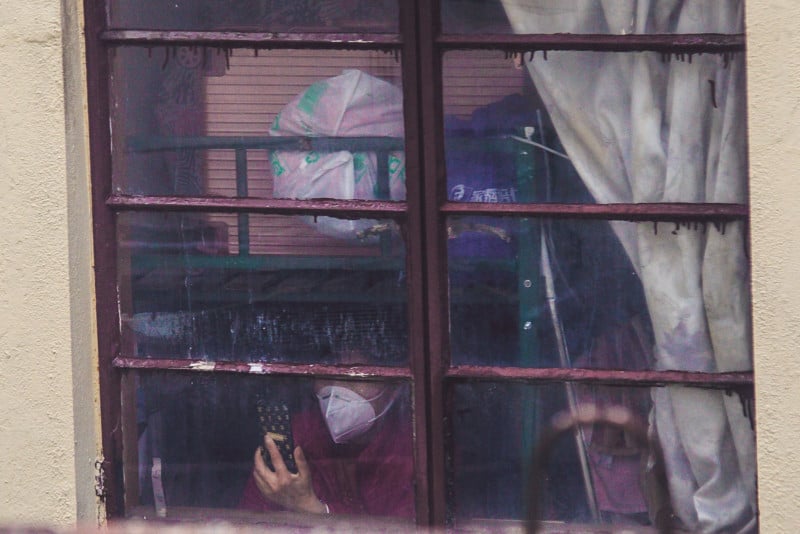 “Now, China has a playbook for outbreaks that is built on total lockdowns with relentless testing,” she continues. “As a photographer, my work in 2020 was about fear. This series is about confinement.”

“Previously, we feared the virus. Now, we fear the government’s response to the virus. It is one of the few instances where the known is worse than the unknown.”

Finding Purpose With a Camera in Hand

During the past two months of lockdowns, Nicoco’s dominant theme was separation. She used natural framing opportunities with metal bars and police tape, but it has been difficult to convey the feeling of captivity “when it just looks like being at home.” 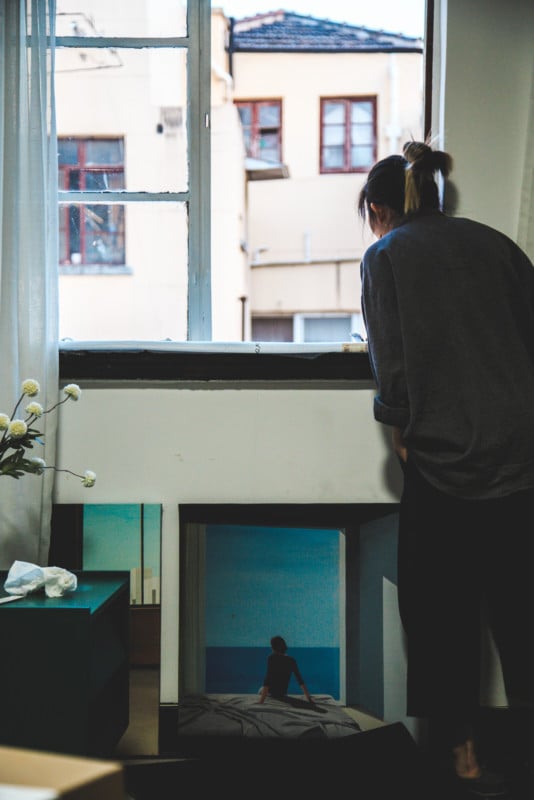 Looking beyond coronavirus testing and people in hazmat suits, which are “unmistakable components of Chinese lockdown,” Nicoco wanted to explore a more nuanced view, including the yearning for freedom and human connection. 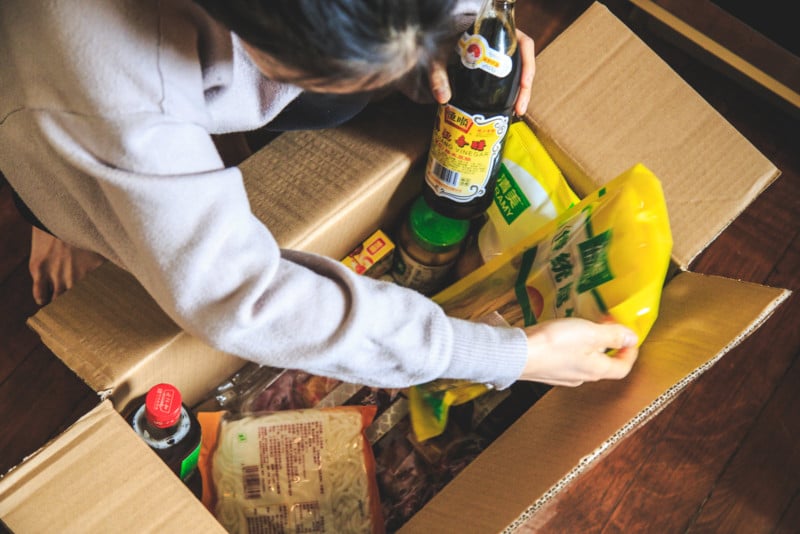 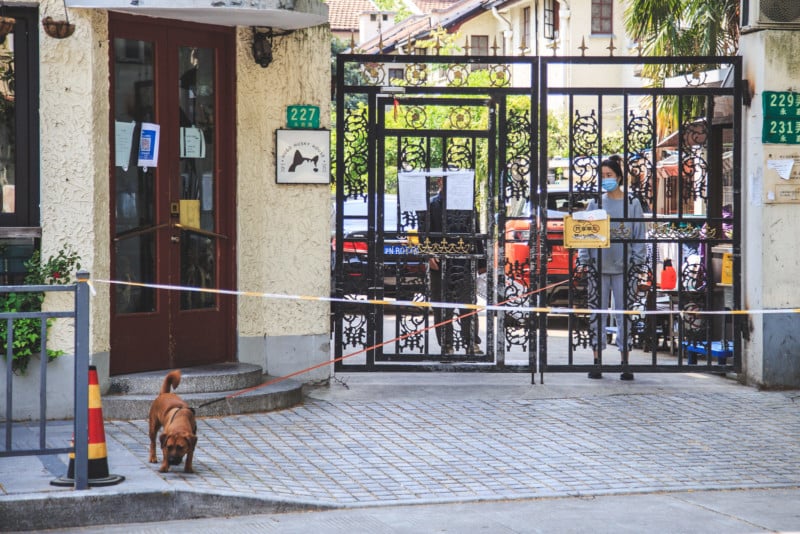 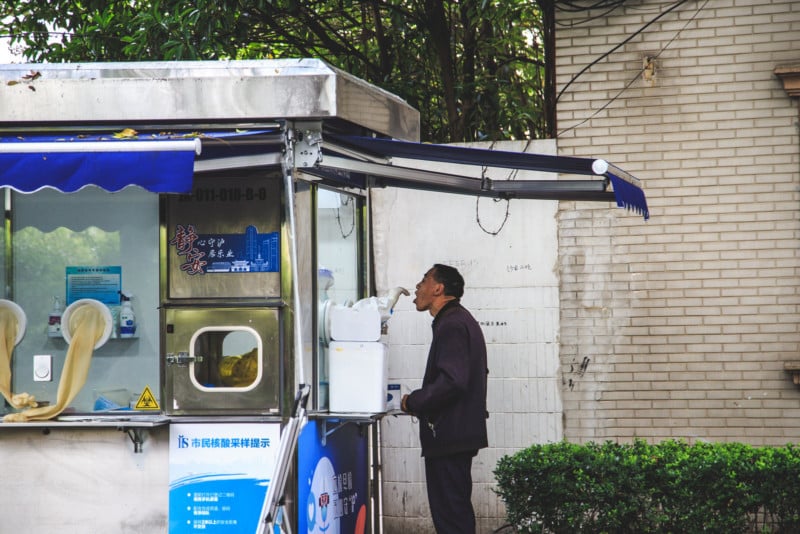 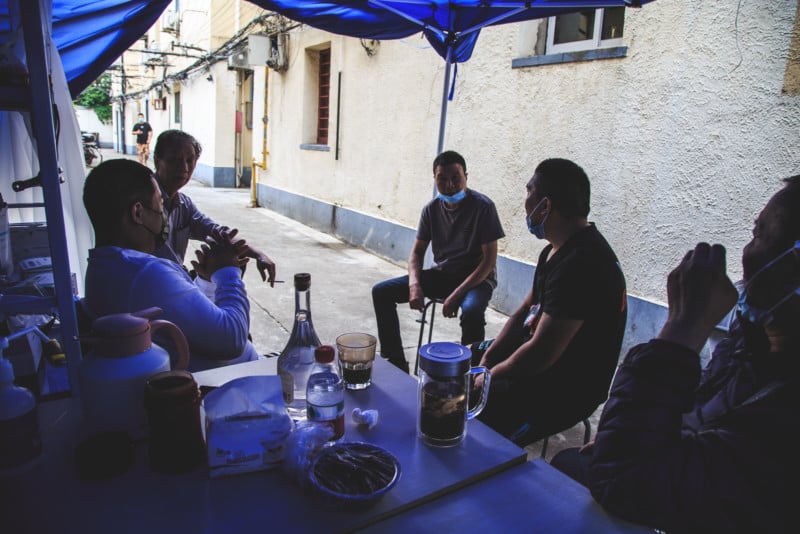 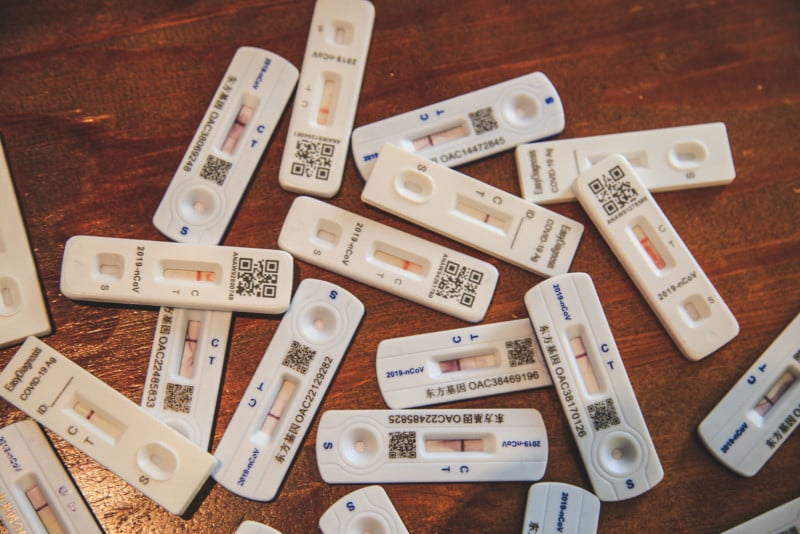 “In a state of overwhelming powerlessness, photography gave me a shred of agency,” Nicoco talks about processing her feelings during this time. “No longer were things simply happening around me, but I too was acting upon my reality.” 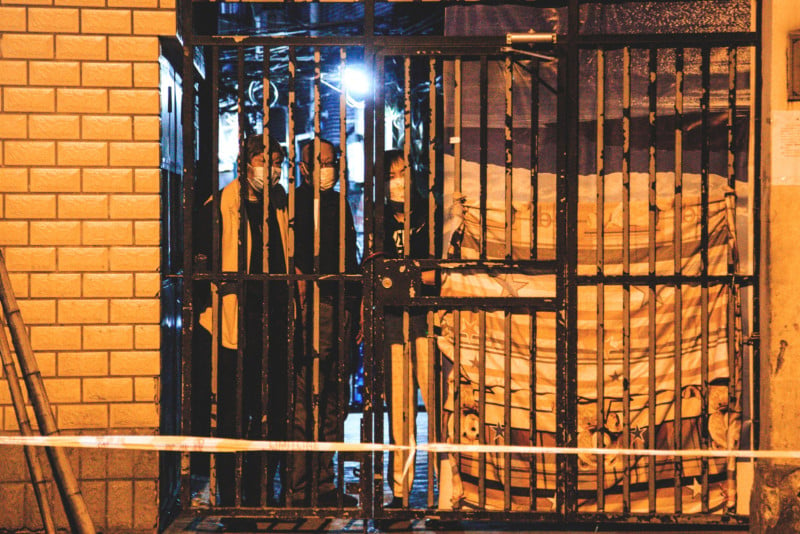 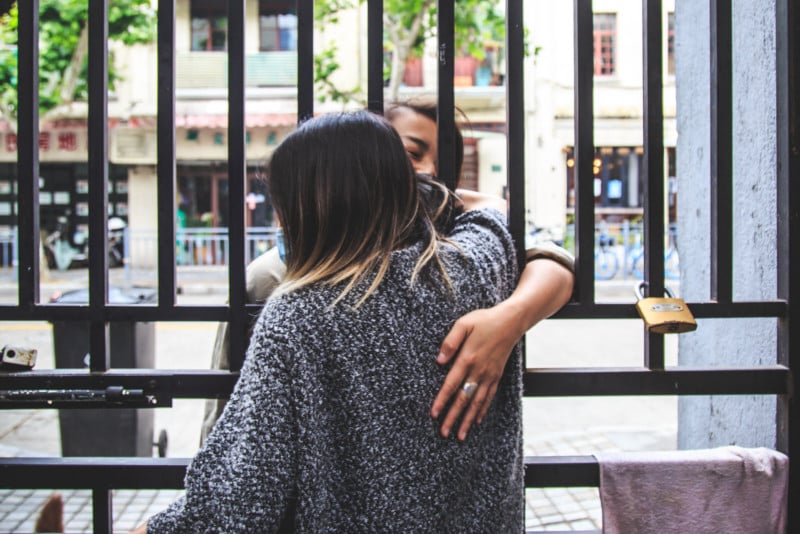 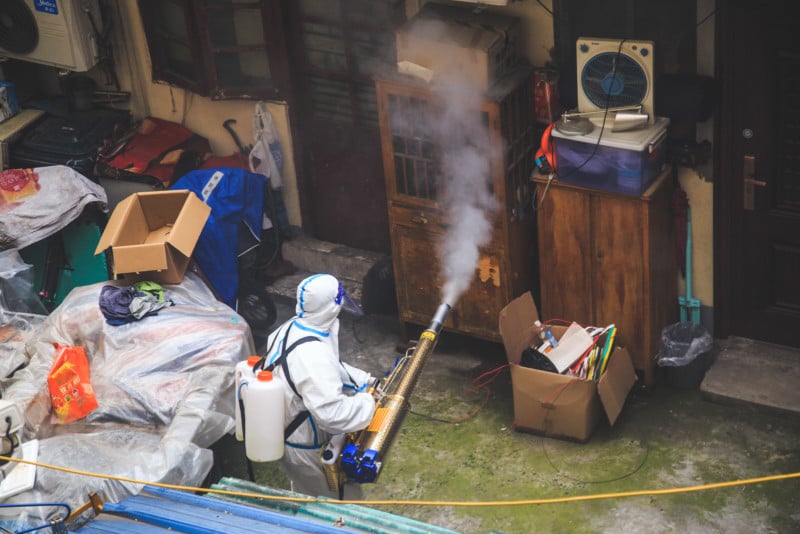 “Time devolves into unfeeling sludge when there is nothing to do and nothing to look forward to. Photography also helped add purpose and structure to my days.” 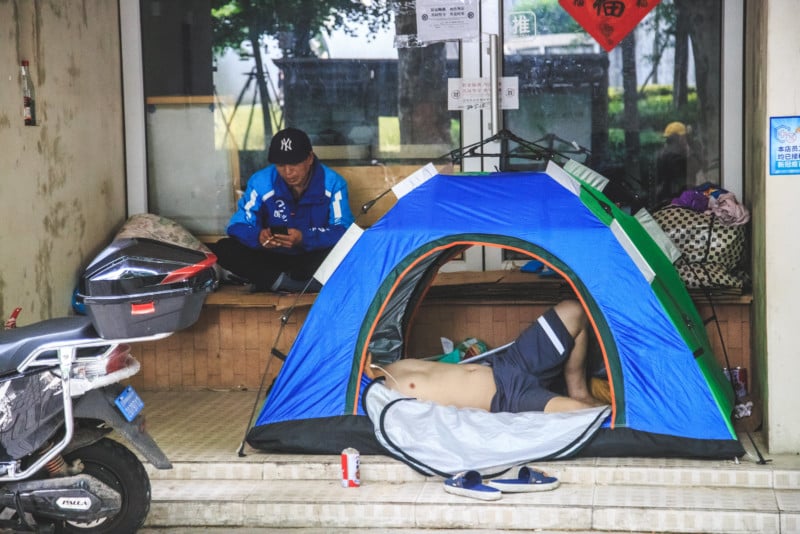 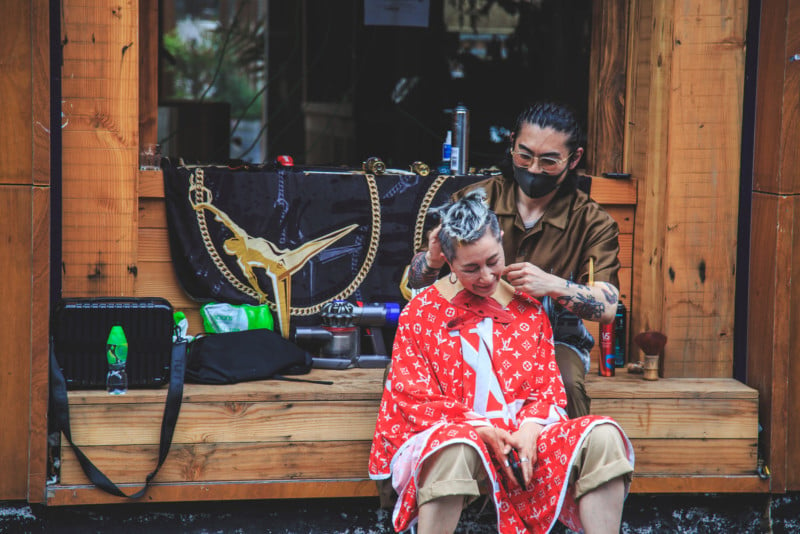 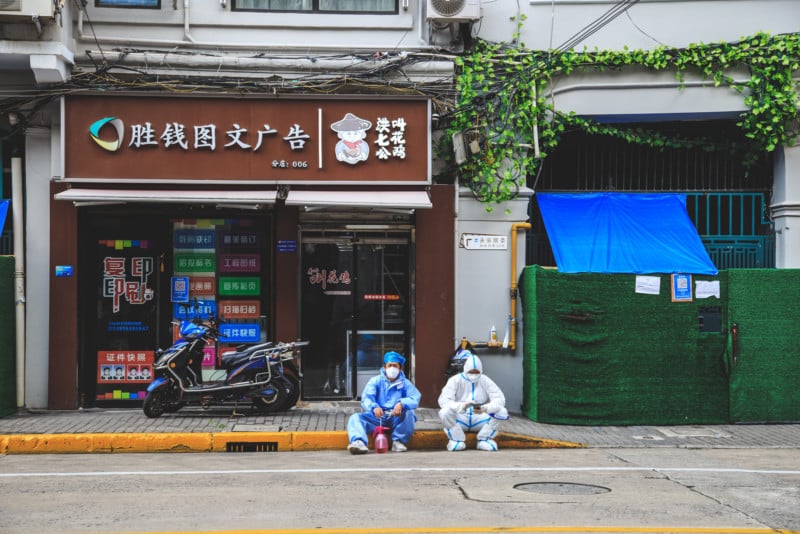 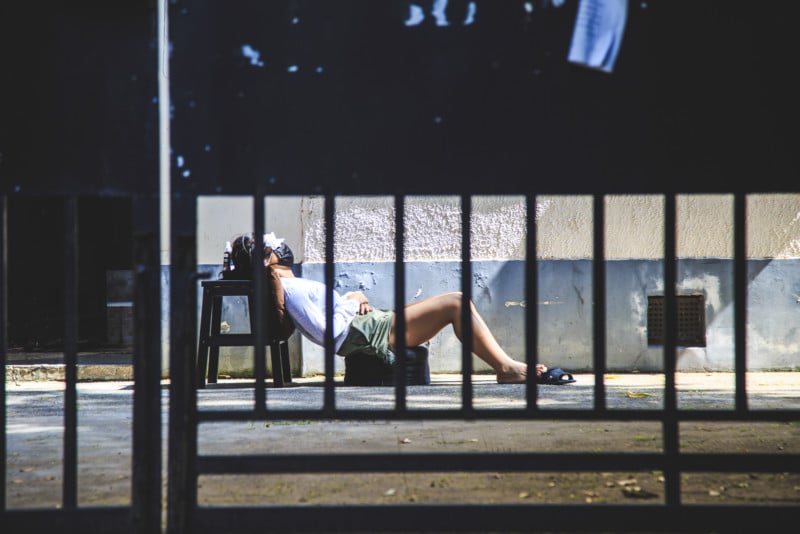 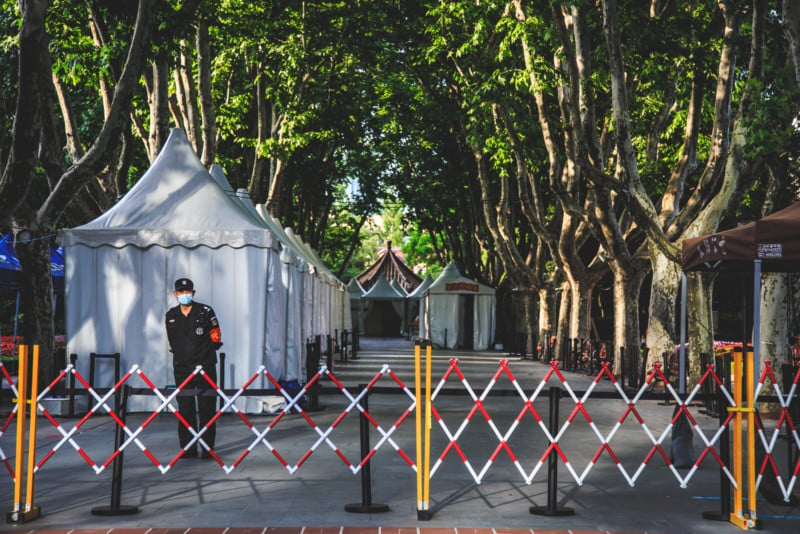 Despite photography filling her days with positivity, others were not as friendly towards her. Some members of the public confronted her, often without a valid reason, showing their fear of photography. Nicoco didn’t let this dampen her spirits. Instead, it made her more determined to continue because “photographers matter now more than ever.”

Shanghai officially ended its citywide lockdown on June 1, but many compounds still remain closed. Nicoco’s residential compound has fully reopened so she is finally able to leave without any restrictions. For Nicoco, it is a real luxury after having spent the past two months in isolation.

However, on day 37, she did have a friend come to visit. While on paper her compound was free because it hadn’t had any Covid-19 cases in several weeks, in reality, she was sealed inside simply because a local volunteer had decreed it and nobody could override the decision. 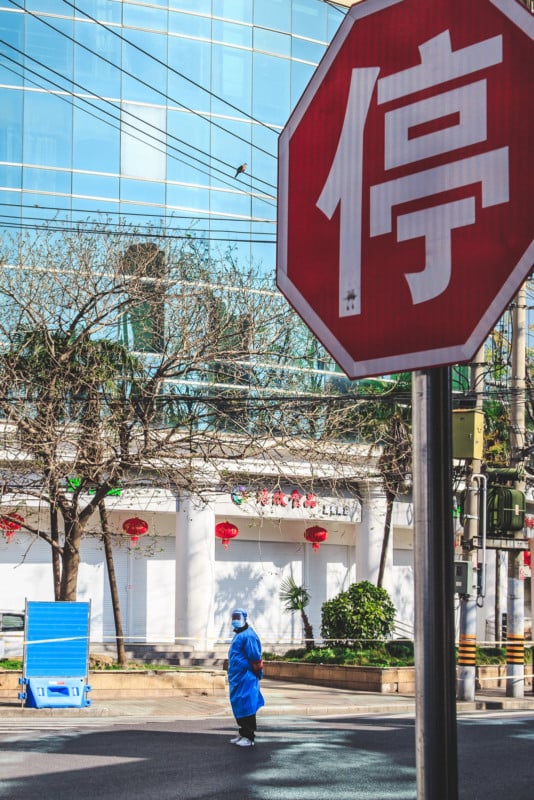 “As we embraced through the metal gate I began to cry,” she recalls. “He was the first friendly face I’d seen in six weeks. I was so overwhelmed. I was a fish in a tank, and he was a happy child coming to poke the tank. I felt envy for his freedom, but mainly inexplicable relief that someone knew I existed.”

Now, as the city has begun to open up, Nicoco remains cautious. A single case nearby could send the whole compound back into isolation but with nervous optimism, she stays hopeful.