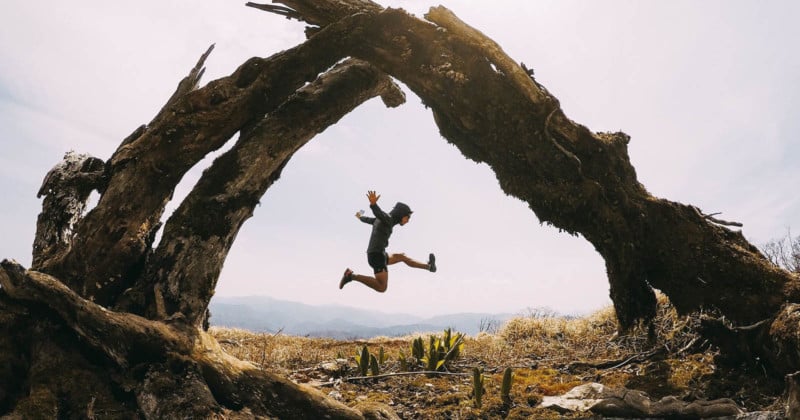 Since the early days of photography, photographers have framed photos after making a print for display. Frames help focus a viewer’s attention on the subject of the photograph or on the entire picture in itself.


This article is an introduction on the photographic tool knowns as natural framing (sometimes called subframing), or using a frame within a frame as a compositional technique to improve your photos.

Why Use Natural Framing in Photography?

The human eye has a natural field of view (FOV) of about 135 degrees, so we can see a sufficiently large area even if we are staring straight at something, but whatever we are directly looking at is what seems to be in focus and everything around gets seemingly out of focus (even though they are in the same plane of focus). That’s our natural ability to notice or focus only on the significant things.

As a photographer, making use of natural framing within the actual photograph itself takes advantage of our inherent tendency to focus on the subject and blur out the rest of the picture. It forms part of the most basic rules in photography and thus can be applied to photos taken on a basic smartphone to all the way to a high-end pro-grade DSLR or mirrorless camera.

If you are a beginner in photography, you have likely already heard about the composition advice of capturing a frame within a frame. Natural framing provides a visual funnel for the viewer to peer through to the subject. If used with complementary colors (i.e. having the frame in one color and the subject in its complementary color) it makes for a more visually compelling picture. The technique can also be used to deemphasize distracting elements and subtly hide areas that otherwise may lack interest.

In summary, natural framing can be a useful compositional tool for:

Seeing Natural Frames in the World

How do you make use of natural framing to “frame” the subject? All you have to do is look for frames in the world. Frames can range from manmade objects (things like windows or doors) to creative things found in nature (things like rock formations and trees).

If you are at your house you don’t need to look far. Simply look out of a window that has a good view of your neighborhood and you can see natural framing in action. Most windows give the default rectangular framing that we are used to. Take a photograph of anyone or anything outside the window and you have naturally framed the subject.

Shooting out a car window from within also creates a frame within a frame.

This example of a window also creates an alternate option. What if you place your center of interest in front of the window and let the framing fall in the background? Well, this is also natural framing in action and it’s up to you to decide which one to use depending on the situation and the condition — the frame does not need to be in between you and the subject.

Doors or door frames can also be used perfectly as a natural frame indoors especially if you are going for a full-body portrait. Again the subject can be either in front of the door or on the other side of the open door.

Many wedding photographers also use mirrors as a natural framing when shooting brides’ or grooms’ reflections. And since these mirrors are decorated most of the time they provide an aesthetic framing option. Making appropriate use of your surroundings to make a good shot great will help your photos stand apart from the crowd.

Natural Frames Can Be All Kinds of Shapes and Sizes

How you use the objects in the environment is up to your artistic mind to decide. Our natural tendency is to look for rectangular shapes to act as the frame but we should try to experiment with different shapes, especially the visually strong ones like the triangle or circle.

It’s also not mandatory to have the frame cover all four sides of the subject. Concave shapes generally cover mostly two to three sides but still give a strong sense of natural framing within the photograph. Concave shapes available around you could be a bridge or an arch or even two people standing a few feet apart holding hands with the subject in the center.

When you walk down any city street you can point your camera at the sky and take a photo with perhaps the sun or an airplane as the subject and the tall buildings acting as natural framing, focusing the viewer’s attention on the sky. Since the buildings are linear in shape they also add an element of leading lines guiding the eyes of the viewer toward the sky.

It’s not necessary that the natural frame should be filling up or taking up the entire length and breadth of the picture. For example, if you take a photo of an airplane or a bird through the hoop in an outdoor basketball court the entire hoop and the subject inside might only take up a small percentage of the entire photo but it will still lead the viewer’s attention to the subject via the circular frame of the basketball hoop.

Get Creative with Unusual or Subtle Frames

In tourist places, most photographers complain of crowds that ruin their shots. But if you compose your shot with the crowd or even a couple of people acting as natural frames for your center of interest you can actually take advantage of the throng around you.

This type of framing can be done at social gatherings such as weddings as well.

Making effective use of natural framing is crucial since it might make your shots look worse if not used wisely. A well-devised frame can be even more helpful when its presence isn’t obvious to the viewer. The technique of naturally framing your shots works best when there’s a common theme between the subject and elements that encircle it. For instance, a stone arch framing a cobblestone street or a dockyard scene shot through a porthole make sense to colligate.

Natural framing is done to bring the focus to the subject in the photograph so nothing else should be distracting outside the frame lines. The frame should ideally be toned down both in luminosity and color so that it does not compete with the actual subject within the picture.

Blurring the natural frame either while taking the photograph or in post-production also helps in keeping the viewer’s attention off the frame itself especially if it is not adding to the photograph itself. If you are using a large sensor camera like a DSLR having sufficient distance between the subject and the frame and also a lower aperture number will give a good enough blur to the frame.

You can also get up to close to an object and shoot through it to create your blurry frames.

To be a little creative you can even try focusing on the frame and blurring the scene behind it. But this again depends on the type of the subject being photographed.

Using the contrast between the frame and the center of attention can also be applied. Generally, the frame is kept at a lower exposure or completely black if possible and the subject is lit appropriately. This lends a helping hand to the natural framing technique and adds to the composition.

Sprinkle Some Natural Frames Into Your Compositions

Natural framing, or using a frame within a frame, can be a powerful tool to improve your photo compositions and the readability of your images. If you are standing in front of a “boring” scene, using a natural frame can be a great way to add depth and interest to your shot.

Remember though: a little bit of salt makes food taste palatable but too much can ruin the dish itself. Similarly, you should be subtle with this technique and not overdo it.