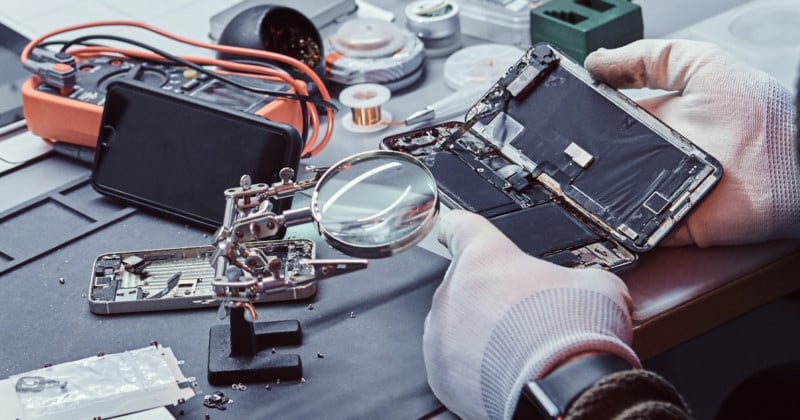 The New York state legislature has passed the Fair Repair Act, the first “right to repair” bill that requires all manufacturers who sell “digital electronic products” to make tools, parts, and instructions for repair available.

The bill is designed to protect consumers from “the monopolistic practices of digital electronics manufacturers.” The law, if signed by New York’s governor, would require manufacturers to make non-trade secret diagnostic and repair information available for third-party repairers and general consumers.

“Nothing prevents third-party repairers from being technically competent to complete digital repairs other than the lack of information being withheld by manufacturers,” the bill says.

“In too many instances, repairs of digital items are intentionally limited by the manufacturer. Manufacturers will require consumers to pay for repair services exclusively through their repair division or manufacturer-authorized repair providers. The practices by manufacturers essentially create a monopoly on these repair services.”

In a blog post praising the bill, iFixit says that the legislation covers most products that contain electronics, but has notable carve-outs for motor vehicles, home appliances, medical devices, public safety communications equipment (such as police radios), agriculture equipment, and off-road equipment. Otherwise, the types of products covered in the language of the bill is broad and defined only as “digital electronic equipment,” which likely covers laptops and smartphones but could very easily be interpreted to also include cameras.

“The passage of this bill means that repairs should become less expensive and more comprehensive: People who want to fix their own stuff can. And your repair experience should improve even if you’re intimidated by the thought of cracking open your laptop or phone,” iFixit notes.

“Where before, manufacturers could push consumers to use manufacturer-authorized shops, now they’ll have to compete. Independent repair shops are often able to do repairs the manufacturer told a customer were impossible.”

While the law only encompasses products sold in the state of New York, iFixit says that the bill’s passage should also benefit people outside the state.

“When France enacted their repairability labeling law last year, we saw manufacturers releasing repair manuals for free online, many for the first time. Given that it’s harder to make a website restricted by state than to simply make documentation and software available to everyone, we hope that many manufacturers will respond to this law by making those things public,” iFixit writes.

As The Verge points out, New York isn’t the first state to pass a “right to repair” bill, but it is the first to do so in a way that broadly covers electronics. Massachusetts passed a law that targets automobile data and Colorado has one aimed at powered wheelchairs, for example.

The right to repair movement has been seeing large wins that support the consumer’s right to fix their own equipment over the last year. In June of 2021, the Federal Trade Commission published a statement where it unanimously approved the prioritization of aggressive action against manufacturers who impose unfair repair restrictions on individuals and independent repair shops. In response, Google, Samsung, and Apple all have announced or launched programs to allow easier access to the parts and tools needed to repair devices.