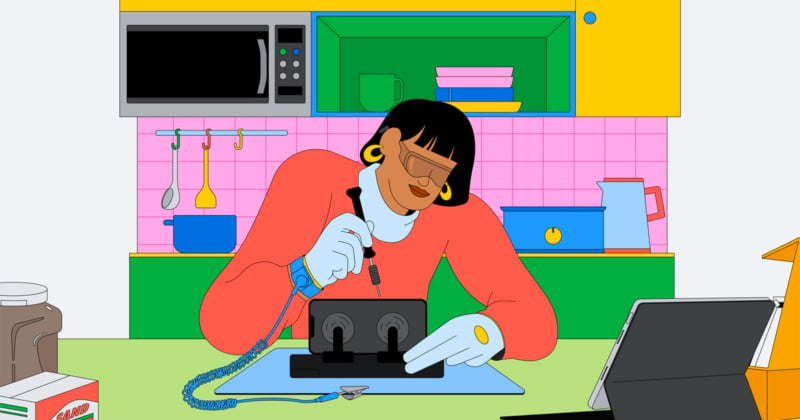 Apple has announced the Self Service Repair program which it says will allow customers who are comfortable with making their own repairs to access Apple genuine parts and tools.

The company says that the program will first start with the iPhone 12 and 13 models and soon be followed by Mac computers that feature M1 chips. Self Service Repair will be available next year in the United States first before expanding to additional countries throughout 2022.

Apple says that the program will allow customers to join the more than 5,000 Apple Authorized Service Providers (AASPs) and 2,800 Independent Repair Providers who have access to these parts, tools, and manuals.

Apple says that the program’s first phase will focus on the more “commonly serviced” modules of iPhones, specifically the display, battery, and camera. The company will offer the ability to do additional repairs sometime next year.

The right for consumers to source parts and repair their own tech devices is a grassroots legal battle called the Right to Repair movement. The video below succinctly explains Right to Repair in less than 60 seconds:

Right to Repair has been championed by tech advocates, many media groups, and outlets like iFixit for years. The movement does not just encompass the right to repair owned products but expands to the belief that companies should not prevent access to equipment or resources. Apple, along with Microsoft, Amazon, and Google, has been one of the loudest advocates against Right to Repair.

Apple’s choice to make a more widespread repair program available now might be in response to the FTC’s approval of a true Right to Repair policy in July, a move that was ordered by President Biden earlier in that month.

The FTC announced that it agreed with tech advocates and repair houses and says that the idea of restricting customers and businesses from choosing how they repair products can substantially increase the total cost of repairs, generate harmful electronic waste, and unnecessarily increase wait times for repairs. One of the ways Apple, for example, did this was by making it extremely difficult or impossible to source the parts necessary to make those repairs.

Now, before Apple is perhaps forced to provide better repair options for customers, the Self Service Repair program will offer more than 200 individual parts and tools, which the company says enables its customers to complete the most common repairs on iPhone 12 and iPhone 13. That said, the company still strongly advocates for its own certified technicians as the most reliable way to get Apple products repaired.