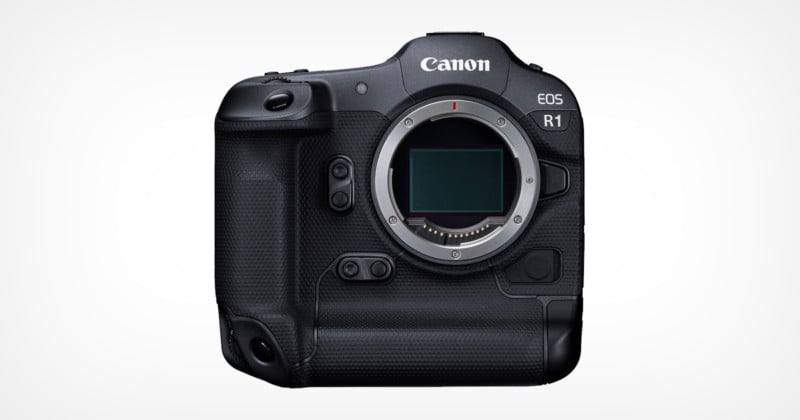 A new report is echoing previous predictions that Canon’s true flagship EOS R1 is coming in 2023, but adds a new twist: it is expected to boast 100-megapixels.

As is the case with most rumors, details are scant. Canon Rumors reports that the R1 will be a full-frame camera and boast 100-megapixels, but when it arrives is less solid: the rumor site believes it could arrive sometime in the first half of 2023 and its announcement or development announcement could come as soon as the end of 2022.

The supposed timing of the R1’s arrival should not surprise PetaPixel readers: this information was already shared last year. PetaPixel sources informed a prediction that Canon would not bring the EOS R1 to market in 2022:

“[W]hat you won’t see at all next year is the EOS R1. A lot of fans expect to see Canon’s answer to the Alpha 1 and the Z9 in 2022, but what is expected to be called the R1 is still a ways away yet. We actually don’t expect Canon to even announce that it is in development until the spring of 2023, with a launch later that fall.”

Canon Rumors seems at least somewhat confident that the camera could be announced as early as 2022, which would be a lot sooner than previously anticipated.

100-megapixels seems very high, but it wouldn’t be out of the question for Canon which has been behind both Nikon and Sony when it comes to high-resolution options in a professionally-oriented camera design. The EOS R5 has a strong 45-megapixels while the R3 has a much more modest 24-megapixels, both of which lag behind the Sony Alpha 1’s 50-megapixels. The Nikon Z9 doesn’t have much more than the R5 at 45.7-megapixels, but it does pair that resolution with a lot of other high-end features the EOS R5 doesn’t match.

Many photographers would have no reason to shoot at 100-megapixels, as such a high resolution would require a lot of storage and fast computers to process. When the D850 first came to market — while most loved it — many professionals with older but not outdated computers found that it was just too burdensome to manage the files at the outset. It is likely that situation will repeat should Canon go with 100-megapixels in a flagship camera, though it certainly will be a powerful marketing tool.

Whatever the case, don’t expect to be able to easily buy a Canon EOS R1 until late 2023, even if it launches by spring of next year.