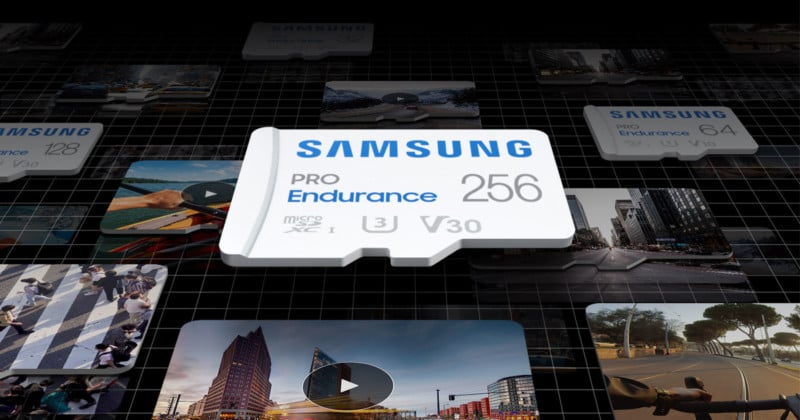 Samsung has announced a new durable and long-lasting microSD cards that it says will be able to deliver up to 140,160 hours — 16 years — of continuous recording time.

The Samsung Pro Endurance microSD cards are not meant to be fast, but instead are meant to be nearly indestructible — at least by memory card standards. The company says this series of cards is uniquely designed to work best in cameras that are continuously recording footage, like dash cameras or surveillance cameras. The high capacity options allow the cards to hold more footage before it needs to be overwritten and Samsung’s use of enterprise-grade NAND flash memory allows it to claim some outrageous continuous recording times. 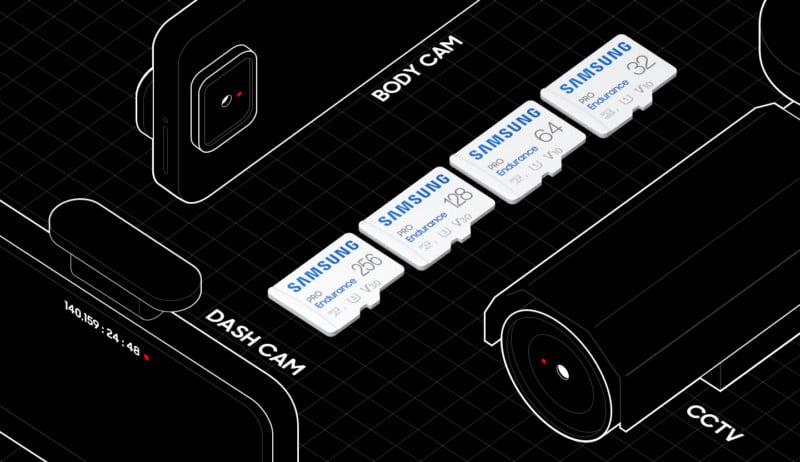 Samsung focused its efforts on durability, and with a peak 16-year continuous recording lifespan, the company says the cards last 33 times as long as those that are focused on speed. But with Samsung’s emphasis on durability, the card is unsurprisingly not particularly fast.

The Samsung Pro Endurance microSD cards are available in four capacities: 32GB, 64GB, 128GB, and 256GB. The higher capacity cards (128GB and 256GB) are the fastest, and while rated as a Class 10 microSD card, they are rated as only UHS-1 speed, V30 cards. Referencing PetaPixel’s handy memory card guide, that means the new Pro Endurance cards peak at a read speed of 104 MB/s and only promise a video write speed of 30 MB/s. That speed isn’t great, but it is fast enough to support some 4K cameras and most Full HD cameras.

The lower capacity cards (32GB and 64GB) are a lot slower and only promise up to 10 MB/s video write speeds, which means they’ll do fine in some Full HD cameras but are likely to stall in anything higher resolution.

Because the Pro Endurance cards could be used in a variety of environments, Samsung says they have been engineered to survive and perform. The cards are protected against water, magnets, X-rays, and extreme temperatures in addition to being “wear out-proof” and drop-proof. If Samsung’s marketing is to be believed, these new cards will very easily survive exposure to elements well beyond that which the cameras they are placed in can operate. 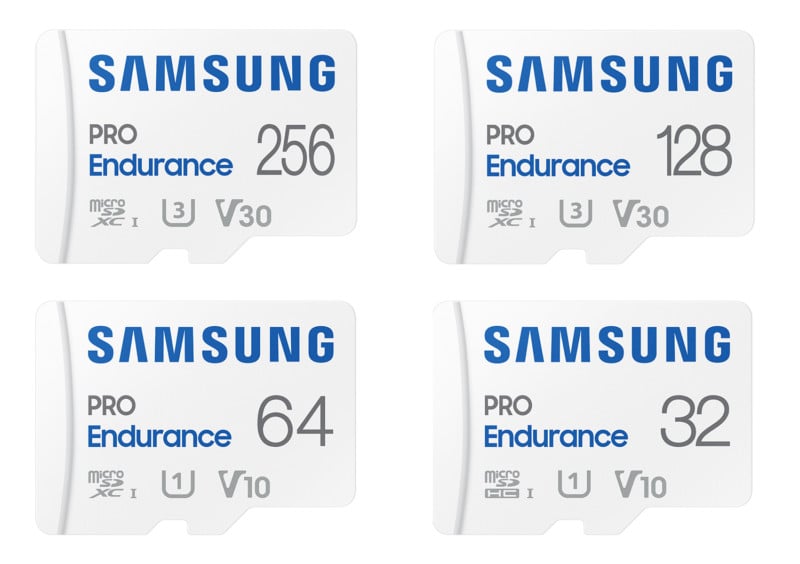 Another benefit of the focus on durability instead of speed has kept the cost of entry for these cards very low. The 32GB capacity is available for $11 and the highest 256GB capacity will retail for $55. The cards are expected to come to market today and will be available on Samsung’s website.