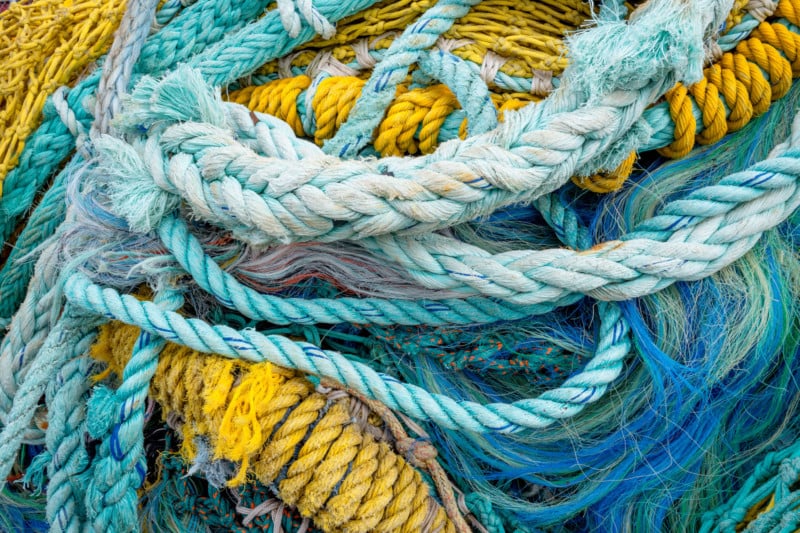 I believe in a happy medium, somewhere between too little and too much. Aristotle defended this view with his Golden Mean, the middle ground between excess and deficiency. Apply it to the pleasures of life, to your emotions, to your decision-making, and it makes practical sense. Even digital photography follows Aristotle’s wisdom.

I recently found myself selling a Leica Q2 in favor of its inspiration, the Leica M. Having begun snapping photos in the film era, and having experienced the ineffable finesse of prints from a film Leica CM I owned years ago, I immediately revered my pre-owned M10. Gradients overlapped like silk sheets, and colors came out rich yet unsaturated. It reminded me of film.

Its images were rendered so softly, so smoothly, and yet full of character and detail that I disregarded Aristotle and wanted more. Such an ethereal quality can hardly be amplified, though.

More detail, more information, more cropping power: I sought more resolution than a 24-megapixel sensor could provide. Expecting the same M10 look, yet augmented by an additional 16-megapixels, I further eroded my credit limit and purchased a pre-owned M10-R.

It took a few days of shooting the M10-R, and analyzing the photos in editing, to recognize a departure from the M10 look. I found incredible detail and cropping power in the R images, but the smoothness had been replaced by what some call the “clinical” look. The photos looked too precise, too real. The subtleties were gone, as was the M10 I hastily sold to fund my plunge into high resolution.

Revisiting my M10 shots, I felt that warm, fuzzy feeling again. Smoothness soothed me like nectar (or something stronger). In a panic, I consulted a photographer friend and mentor who is also a Leica Akademie instructor. He explained what I was seeing, and why.

“Crunchy detail,” he wrote me in an email. “The images come out nice and crisp, the additional resolution giving more definition to the edges and potentially more ‘pop’ to the image — at the expense of smoothness, though. What I have described here is a common theme these days, when pixel density is sky-high.”

By trading the M10 for more resolution, I had scrapped the Golden Mean. In another panic, I canceled the sale of my M10, had it returned to sender, posted the M10-R for sale, and became a 24-megapixel black sheep.

Everyone’s photographic ambitions differ. Some like pixel peeping, some make fine art, and some hardly take the time to sort and edit the endless shots our memory cards can hold. My purpose for making photos, besides the pleasure of working with a legendary manual camera and seeing the world through a viewfinder, is to publish them alongside my printed words in magazines. If you were to believe a previous PetaPixel opinion piece on 24-megapixels and obsolescence, for this particular pursuit I should be fine relying on an M10’s resolution. I disagree, however, with the author’s call for joining the high-resolution arms race.

The Akademie instructor examined the issue differently: “The conversation isn’t about what people are losing by going to 40-plus-megapixels, only about what they’re gaining.”

With high resolution, photography gains that clinical look — hyperrealism, the opposite of natural — and more noise due to the smaller, denser pixels. But we pariahs consider these gains a loss. For purist M shooters, high-resolution also subtracts some of that legacy “Leica look.” Images that appear excessively digital do not remind us of film, the muse of the M series.

Photography, and all art, remains absolutely subjective. Most people today enjoy the highly digitized look, saturated with detail and color. They like shooting and editing such images, testing the limits of camera technology, and that’s great. But with the proliferation of high-resolution cameras today, and their approachability in terms of price and simplicity of use, it becomes important to ask where the boundaries lie, and whether we’re moving too far from the Golden Mean.

I put this question to a seasoned Leica store employee, who answered rhetorically.

“We’re getting more resolution out of our cameras, but do we need it?”

Street and landscape photographers aside, most of us don’t crop heavily. Few amateur photographers print their work these days, she noted, let alone make prints beyond 20-by-30 inches. A few years ago, however, the Bellevue Leica Store gallery presented a show that featured a 34-by-54-inch print made from a 24-megapixel camera.

I asked her about a pivot back to 24-megapixels one day, and she said it’s already happening. Leica’s new SL2-S, released in December 2020, uses a state-of-the-art backlit CMOS sensor with 24-megapixels of resolution. It outsells the SL2. Even the new M11, released in January 2022, nods toward the benefits of lower resolution by offering a pixel-shift sensor capable of registering images with 60, 38, or 18-megapixels.

“I see the bell curve flattening,” she told me. “It’s the rule of diminishing returns.”

60-megapixels make sense for genres like architecture or intricate landscapes as well as for those who need to do any kind of intense cropping, but portraitists dread such detail in their subjects’ faces. Such high-resolution images also generate massive files which can slow down a camera, quickly fill a hard drive, and freeze up a computer.

Ultimately, though, she posed the essential, defining question that should determine which sensor you choose: “What do you want your images to look like?”

Another professional I consulted, a longtime employee at a major California camera shop, explained how in the past two or three years, high-resolution has jumped from the high-end cameras into the mid-range price points. This democratization is good for the industry, he said. But he also expressed concerns that marketing makes consumers feel like they always need what’s new, the latest, even though they might not require so much firepower in a sensor.

He continued by naming a few cameras in the 24-megapixel range that stand out, despite their “low” resolution. Fuji’s XP-4 and Ricoh’s GR cameras, for example, render film-like images — maybe not when pixel peeping, but definitely when printed, he said. Granted, those are not full-frame sensors, but they still fall short of full-frame 40-plus-megapixels.

Another category of cameras has become popular with all kinds of photographers today, he noted. Backlitsensors, as found in the Sony Alpha 7S and the Leica SL2-S, create something like night vision.

“They see things your eyes can’t see, like in the night sky at Joshua Tree, or in a music venue or bar. It’s really magical,” he said.

Of course, he then mentioned how the new Leica M11 can do this too with its backlit sensor, but also allows for triple resolution and renders a smooth, film-like quality. This means, if only I could afford it, I could have something like my desired M10 look at 18-megapixels, the manageable file size of 36-megapixels, and the cropping ability of 60-megapixels, all in one camera, depending on my needs. What would Aristotle make of such a spread? Maybe such all-encompassing technology finally respects the Golden Mean.

The sources cited in this story preferred to remain anonymous.

Update 4/30: A previous version of this article incorrectly stated the Alpha 7S II featured a 24-megapixel sensor. We apologize for the error.