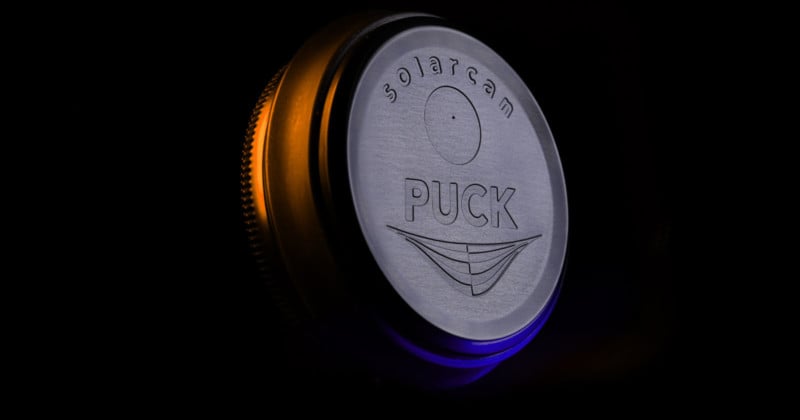 The Solarcan Puck is a reusable time exposure pinhole camera that is designed to capture the path of the Sun as it moves across the sky over the course of a day.

Solarcan’s original product, the Solarcan Classic, is an experimental camera that was successfully backed on Kickstarter in 2017. That product was designed to produce extremely long time exposures that captured the Sun’s movement across the sky over the course of several months. Since then, it has also added a set of tinted Solarcans that produce vibrant and colorful results. 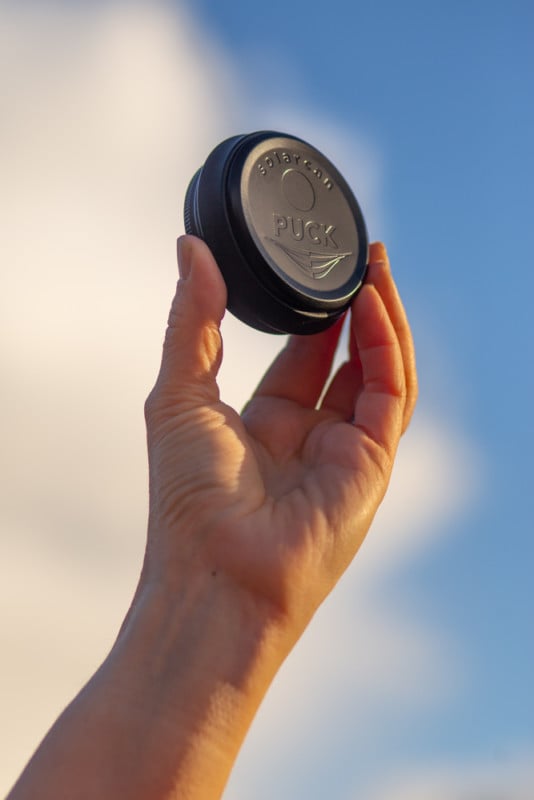 The Solarcan Puck is a similar concept, but shrinks the process down from months to one day. The Puck was originally announced last November and at the time, the company had no plans to offer it as a standalone product, instead, it chose to bundle it with orders of over $40 as part of a Black Friday offer. That has changed with the launch of the Solarcan Puck Kickstarter.

“Its unexpected success demanded that we consider developing the Puck as a permanent product of the Solarcan range,” Sam Cornwell, the Solarcan’s creator, tells PetaPixel.

The Puck is advertised as an infinitely reusable, black, anodized aluminum puck-sized can that is easy to install. Its inconspicuous design means it is unlikely to be bothered when in place and creating an exposure and its design is specifically made to work best for single-day captures. 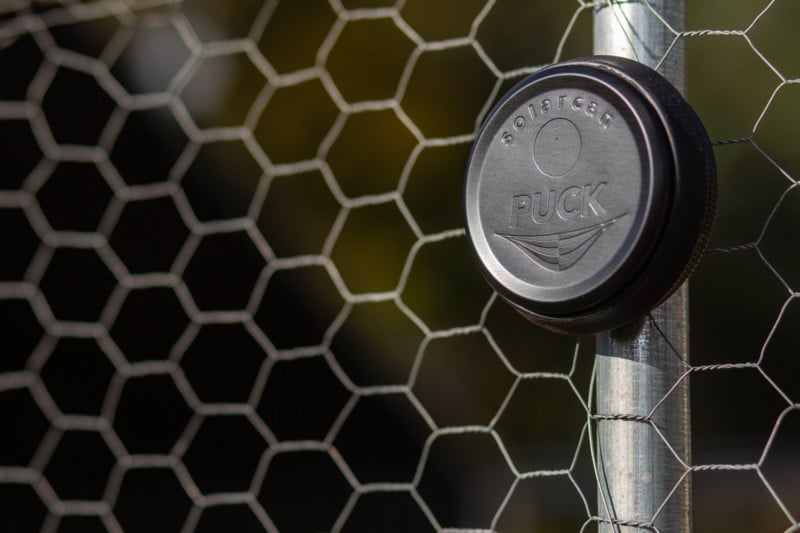 The Puck features a 0.5mm pinhole and a 66mm diameter capture. It has a maximum aperture of f/90, a field of view of about 120-degrees, and includes nine precision-cut exposures included in the package with more available from Solarcan.

“The small size and color, along with the attachments mean it’s easy to just grab and go. If you’re off to a sunny location on your hols, pop it in the suitcase & set it up as soon as you arrive. There’s something nice about capturing the Sun’s path during your vacation,” Cornwell adds.

Below are a few example shots captured with the Solarcan Puck, along with a view of the setup location. 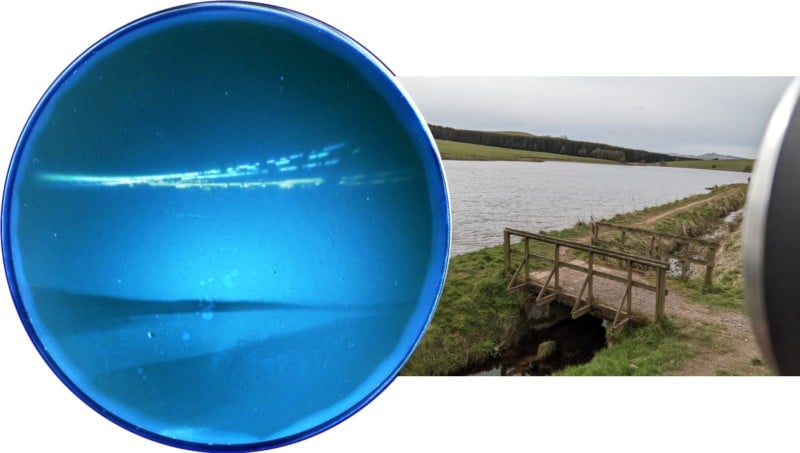 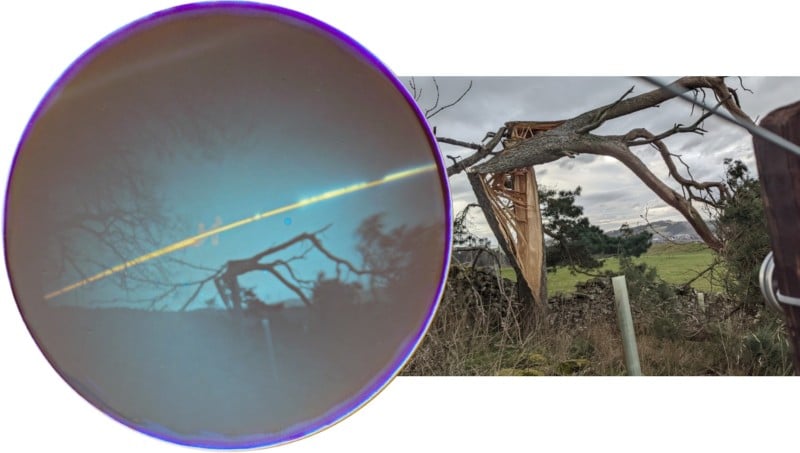 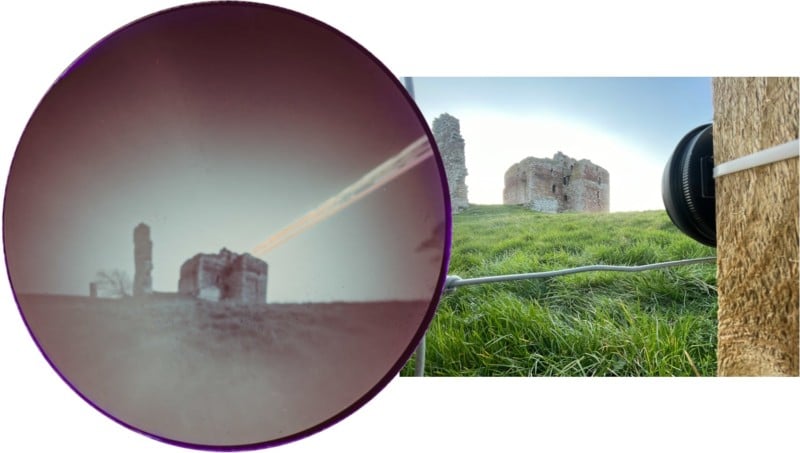 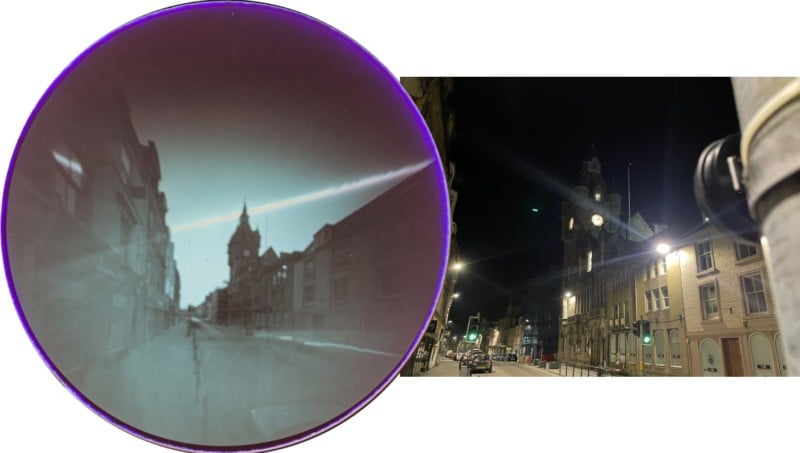 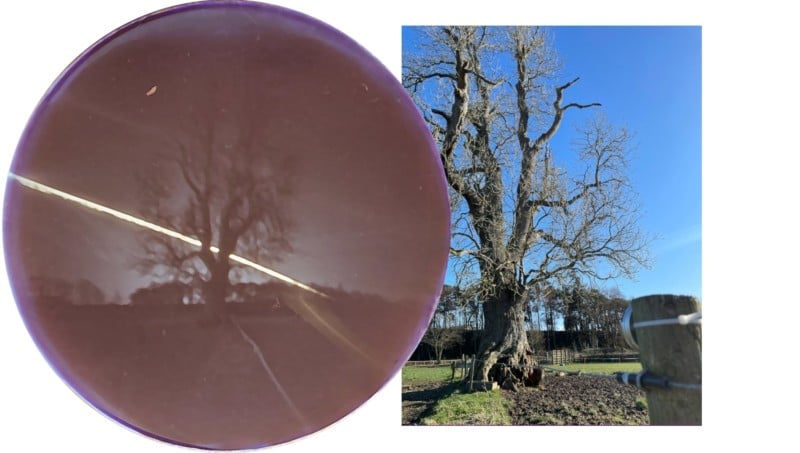 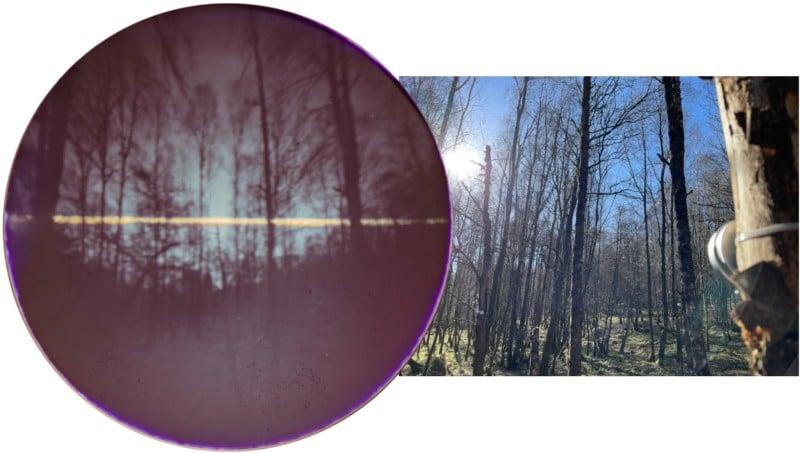 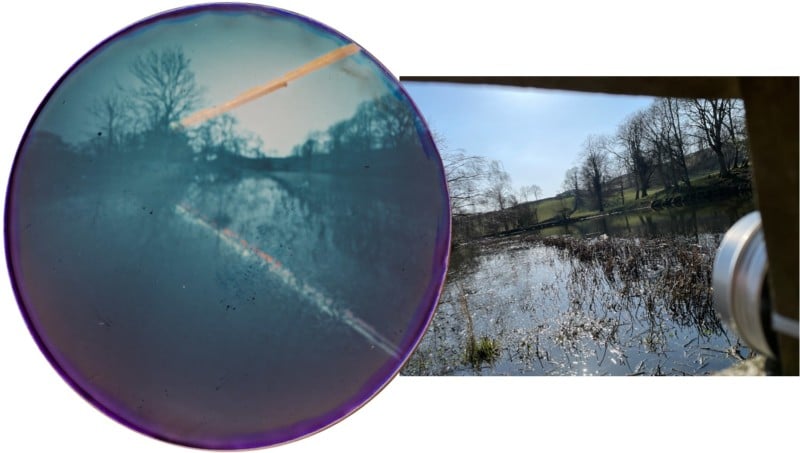 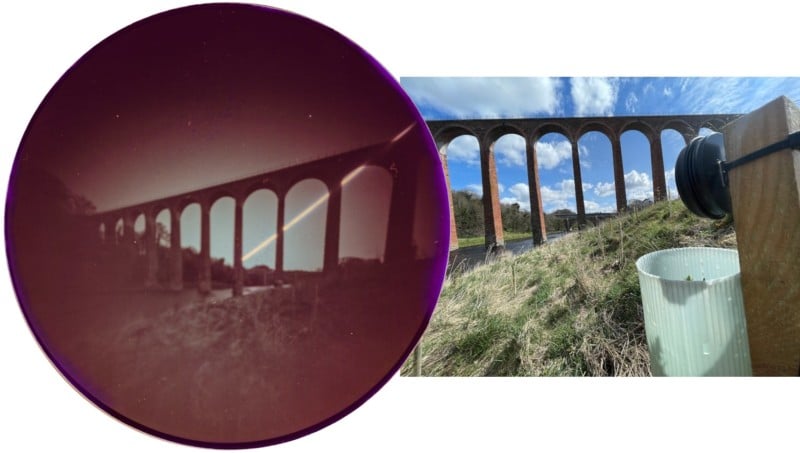 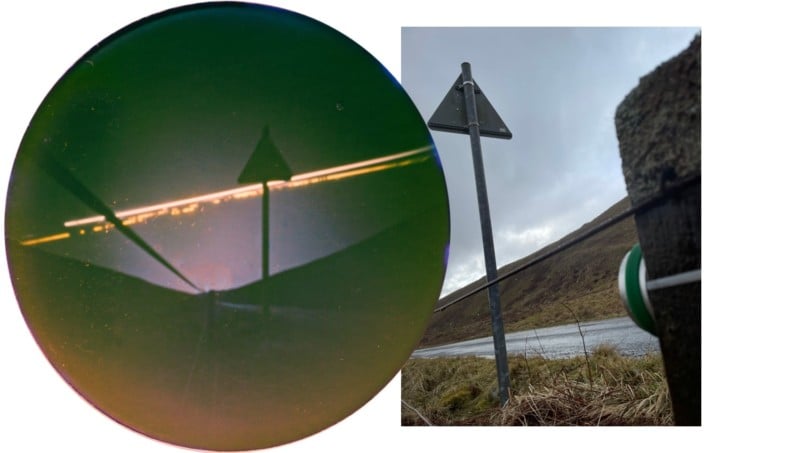 The Solarcan Puck is currently available to back on Kickstarter starting at £22, or about $29. Additional backing options that have more exposures are also available, and all backing options can be perused on the Puck Kickstarter. Cornwell expects to ship the Puck to backers by July 2022.