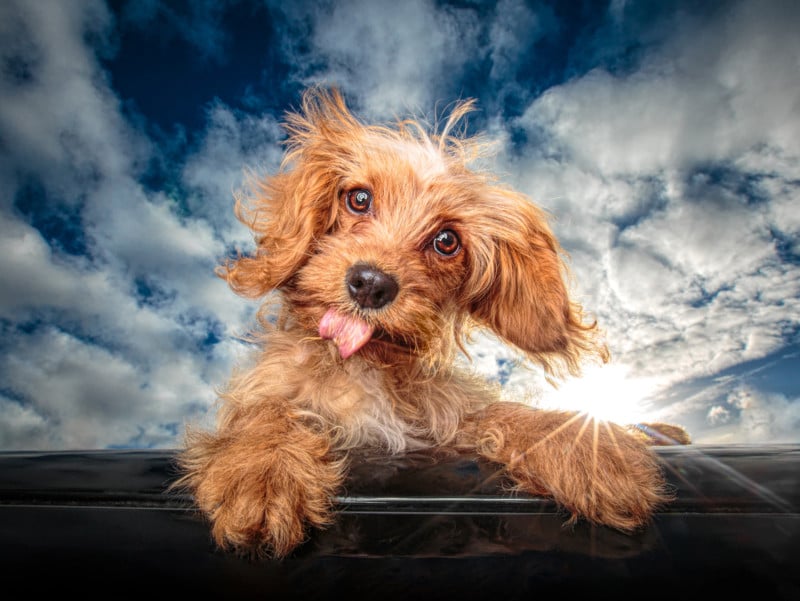 Race, 36, spoke to PetaPixel and revealed tricks of the trade as well as shared a behind-the-scenes video of her at work.

Race, whose photo business CatsDog is based in Preston, England, captures her extraordinary dog portraits with the help of her team and honed technique. 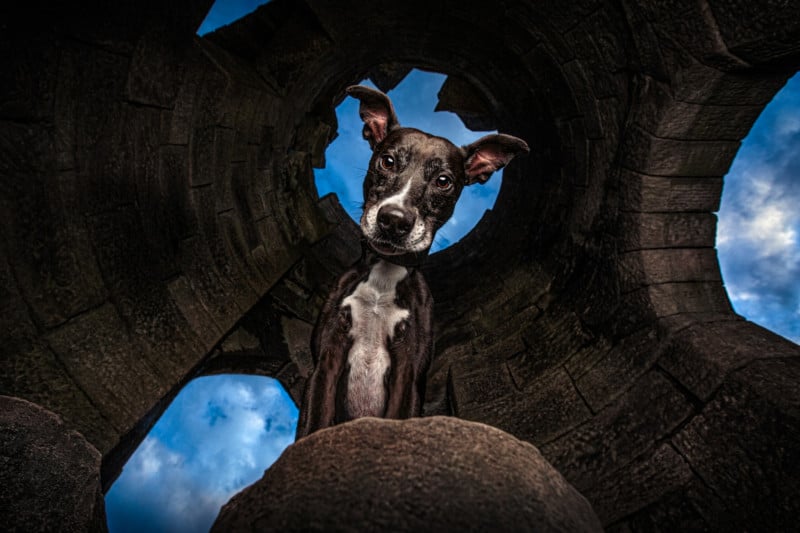 “The way we capture the dogs looking straight into the lens is a combination of tricks between my assistant — aka dog whisperer Michael and I,” she says.

“He holds treats above my lens – but not in an ordinary way, it’s hard to put my finger on but he moves in a way that the dog stays focused for ages — thinking the treat is coming their way! 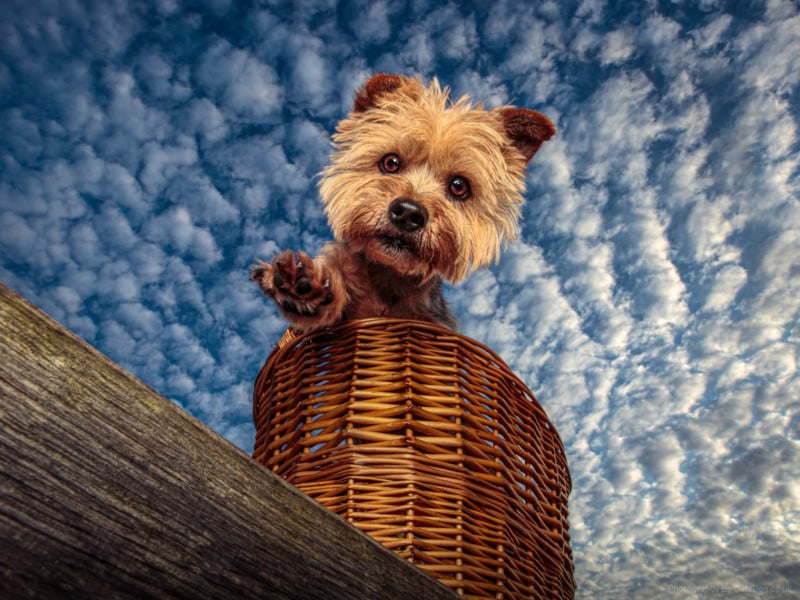 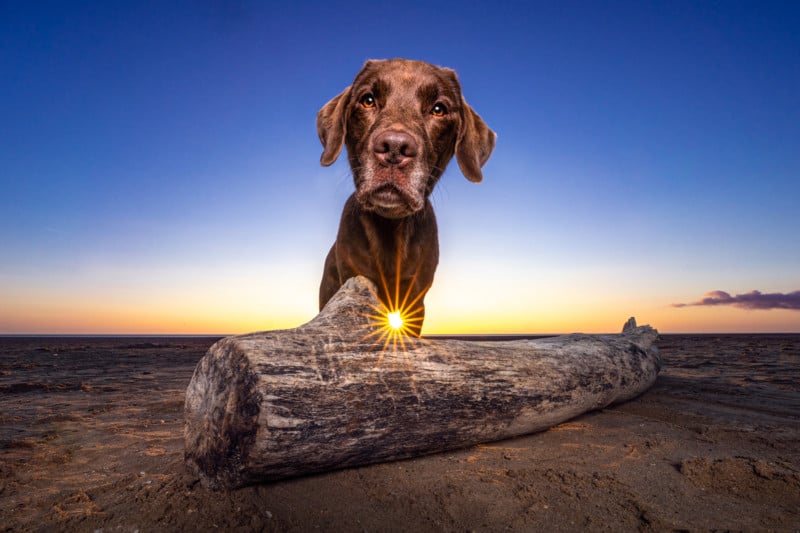 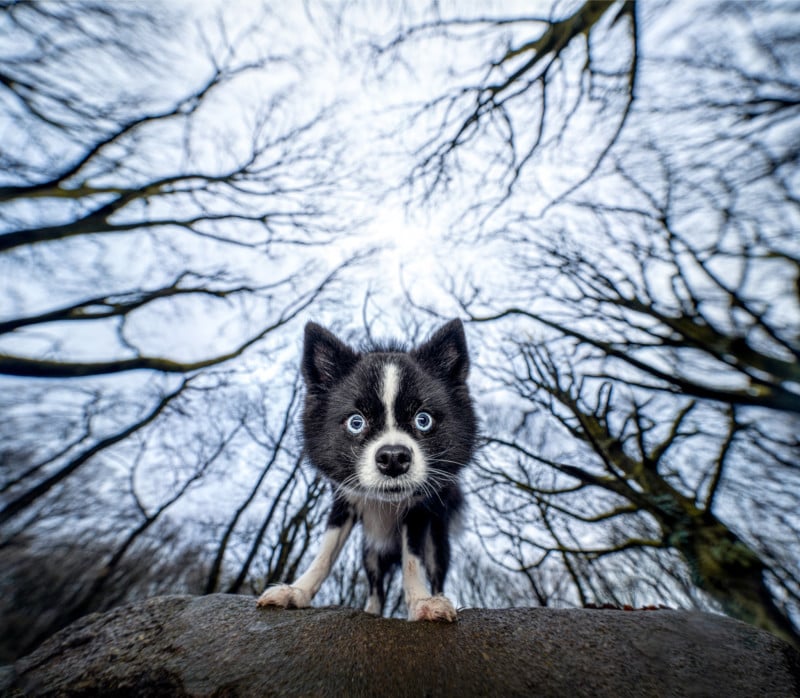 “Sometimes he will break it very slowly over my camera or reach into the treat bag, so their eyes widen in anticipation.”

That’s not the only trick that Race and her team can pull out of the party bag. 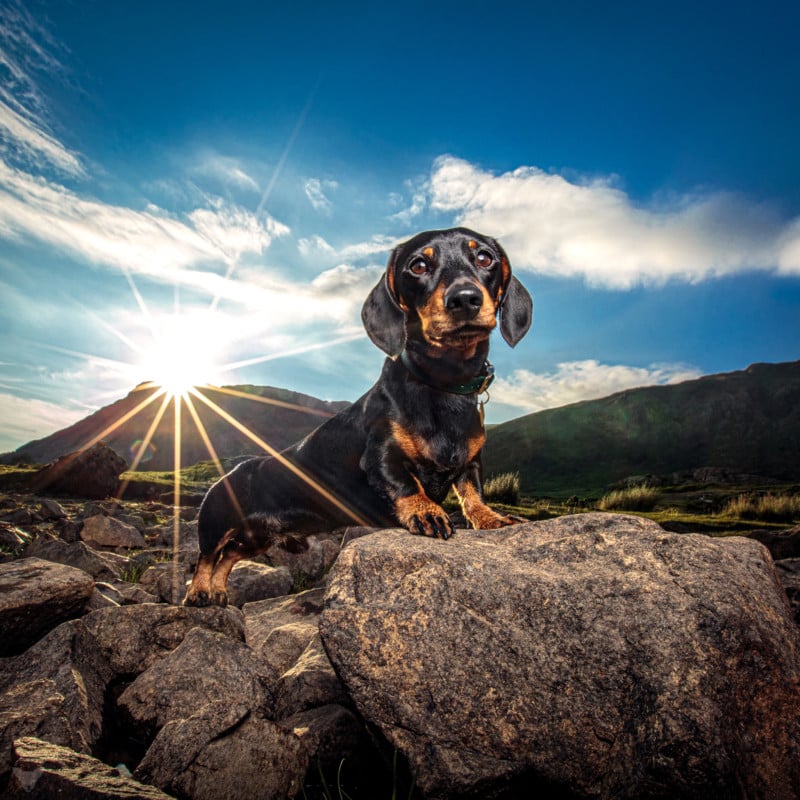 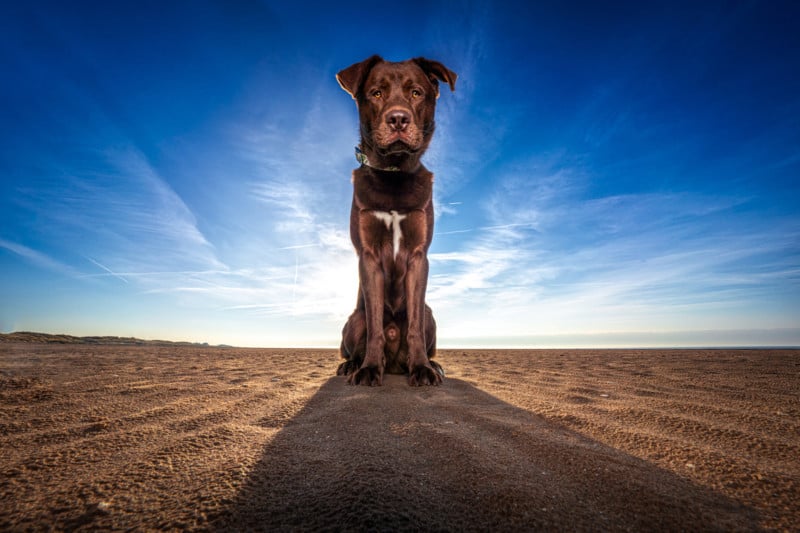 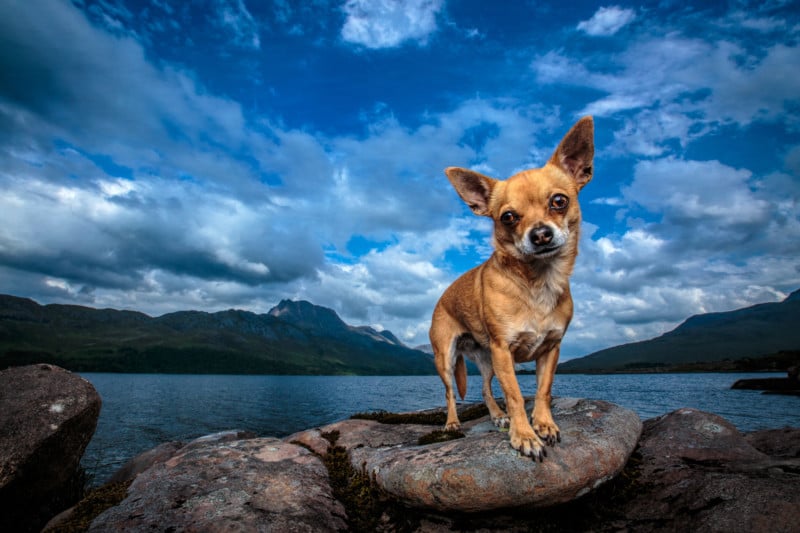 “I also have a plethora of weird noises that I make, from high pitched squeals to deep woofs — I sound ridiculous but it gets the dogs tilting their heads so I don’t care!” she adds.

“I have a ton of whistles that make various animal sounds too, like a crow, pheasant, rabbit, etc.” 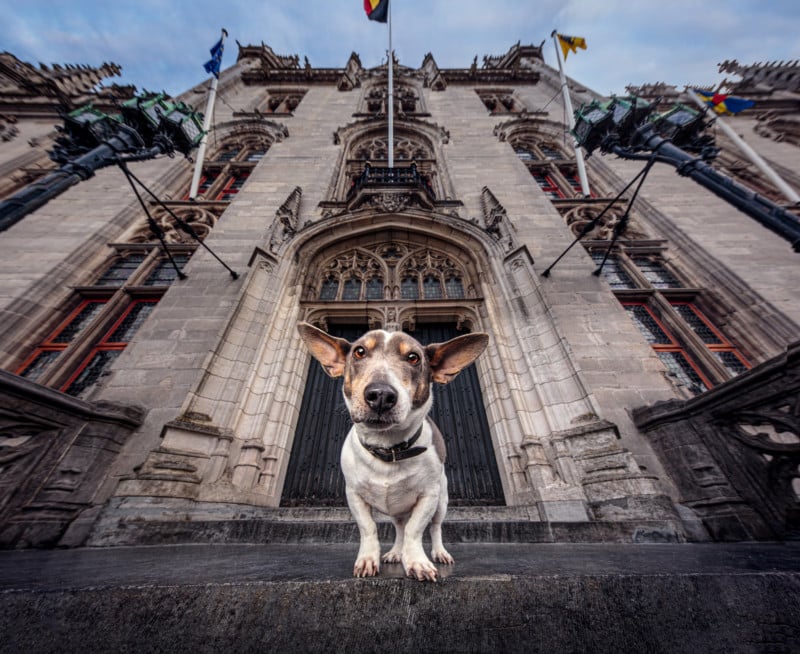 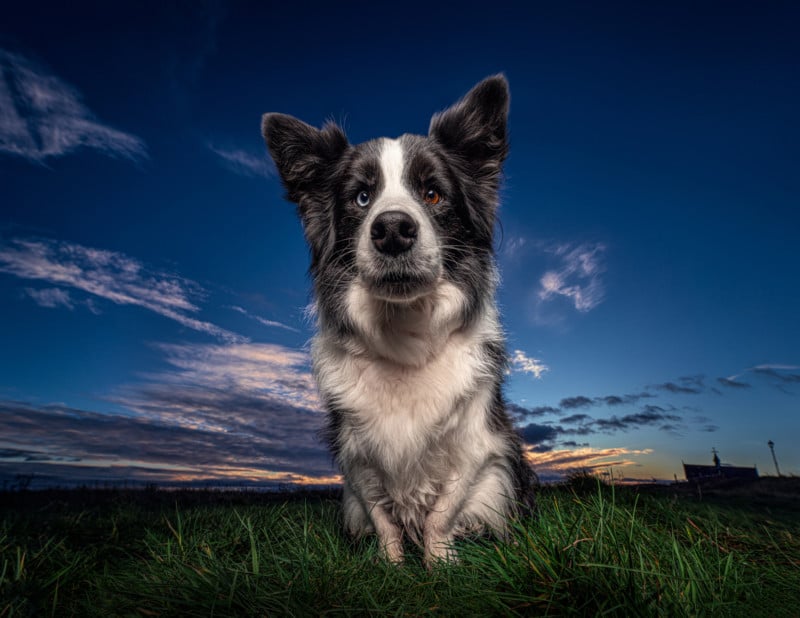 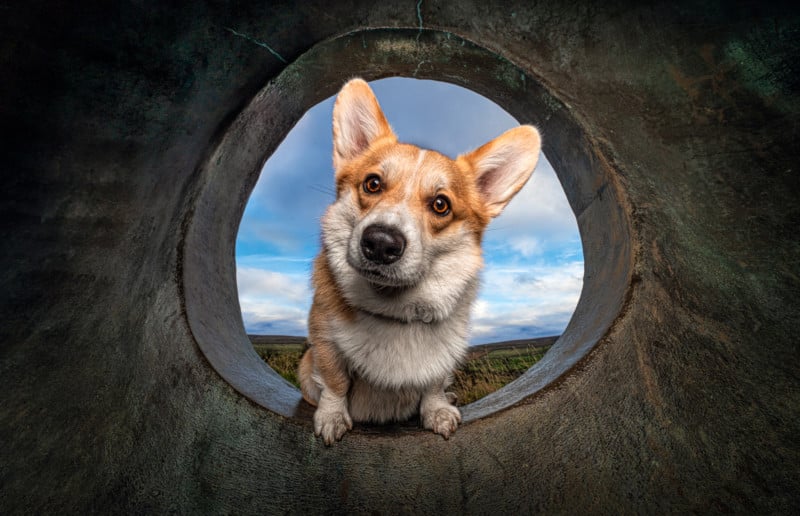 Race’s signature is to have the dog make eye contact with the lens whilst posing in front of an impressive background.

“I love photographing dogs wide-angle with a big epic sky or stunning landscape behind them because to me this is how dogs are — out in the wilds on an adventure, usually being goofy or inquisitive with it,” Race explains. 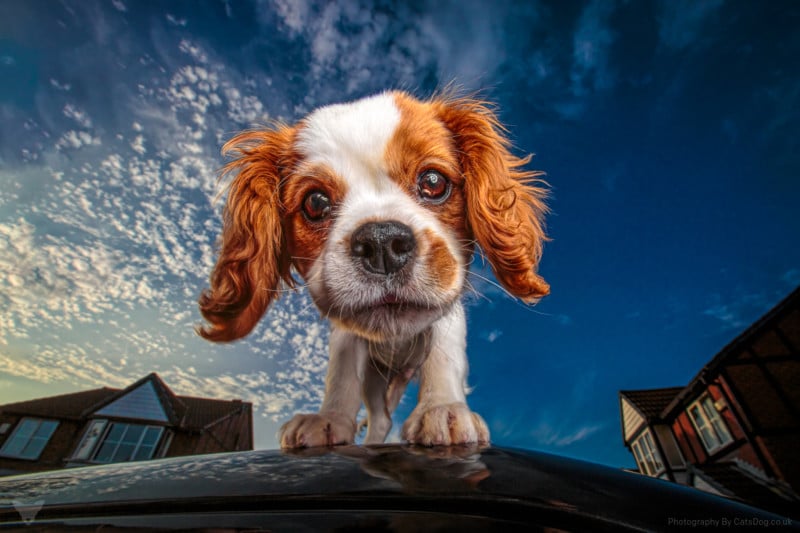 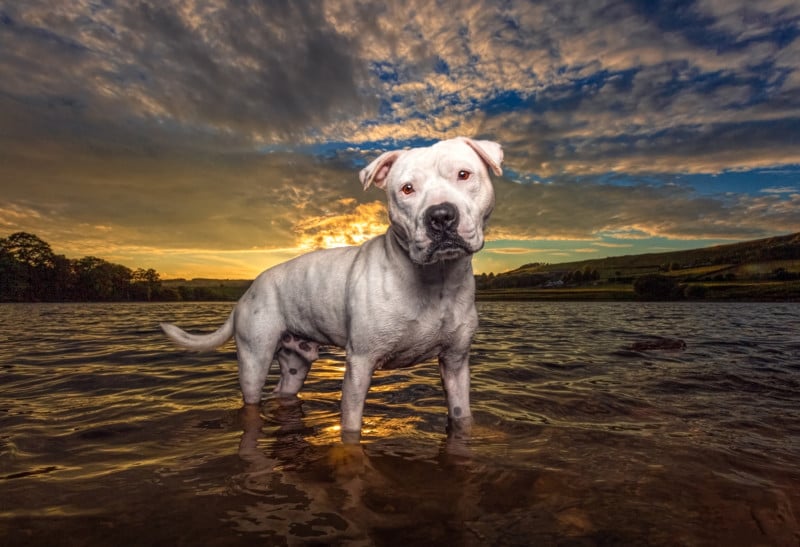 “I love being able to see their curious faces up close as they peer into my lens while also getting a sense of where they are, and what that particular adventure looks like.

“I’m a sucker for all things bright and colorful too – the more of that I can cram into my photos the more joyful I feel!” Race has won Kennel Club dog photographer of the year as well as a host of other awards. She is currently touring the USA giving workshops to other pet photographers.