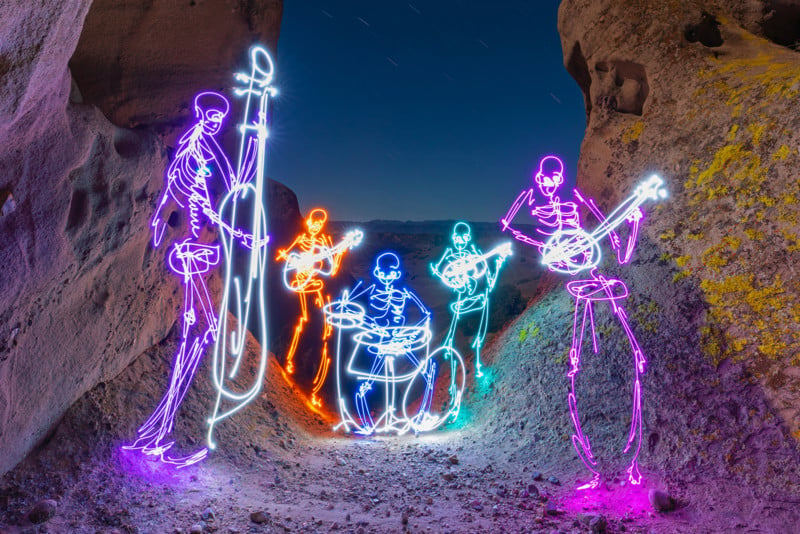 Photographer and light painter Darren Pearson has been meticulously crafting his colorful photos of a ghostly skeleton band in various locations over the course of the last several years.

He has been working on his “Ghost Bands” project steadily over the last few years. He tells PetaPixel that the series began as a response to a time when many legendary musicians had passed away. 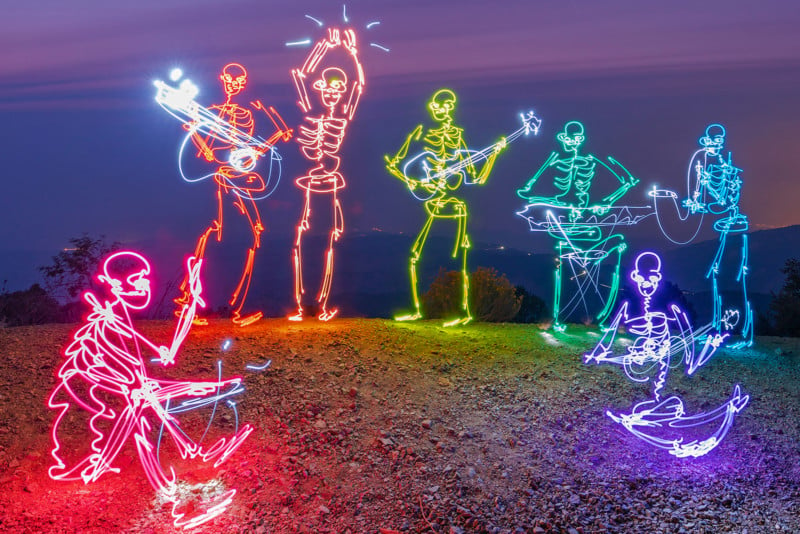 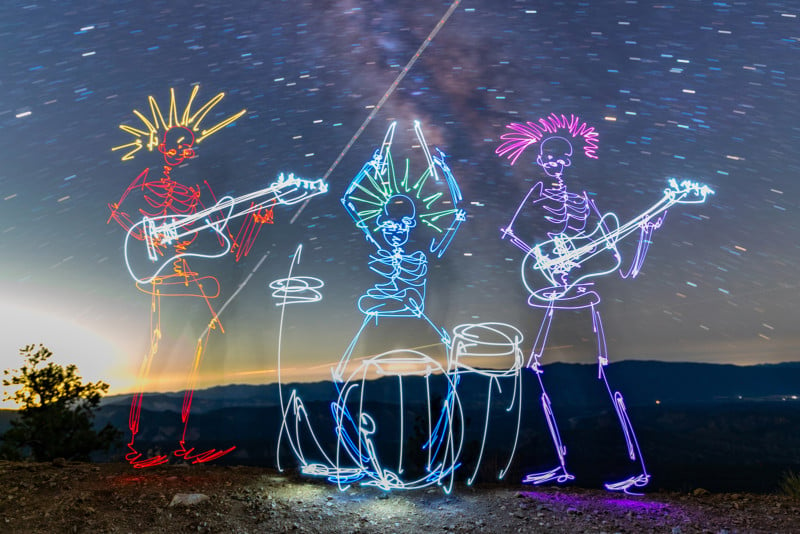 “In a way, this was a mourning process as well as a light painting challenge,” Pearson says. “Music is a huge part of my life and I wanted to pay homage to it.”

The idea for the project was based on his experience working on several long-exposure skeletal creations, and Pearson says that the first entry into the ghost bands series came about during a camping trip in the Los Padres National Forest.

“I stopped the car in front of an empty road with good leading lines and set up for a quick take. I did one with a bunch of color lines to get the composition accurate and then the second shot worked out — to my surprise! — and I called it a night. Since then I’ve been creating them whenever I visit somewhere scenic or feel like it would be appropriate, it really comes down to the overall vibe I’m feeling at the moment.” 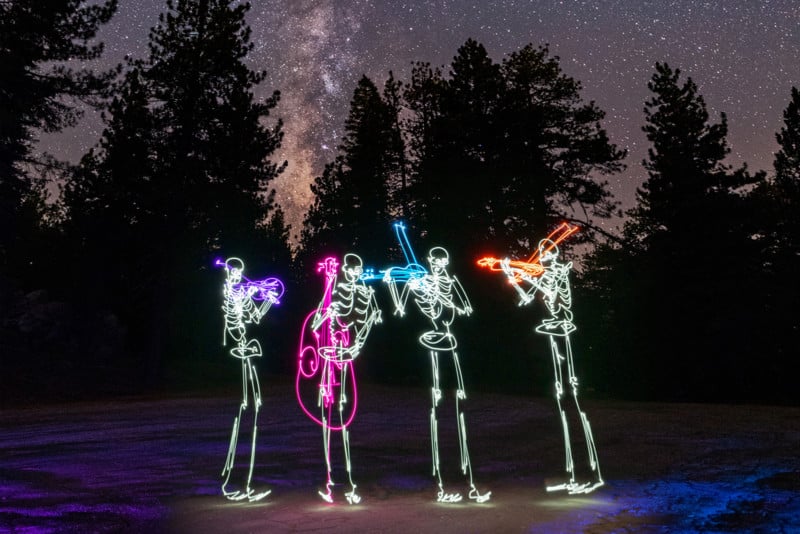 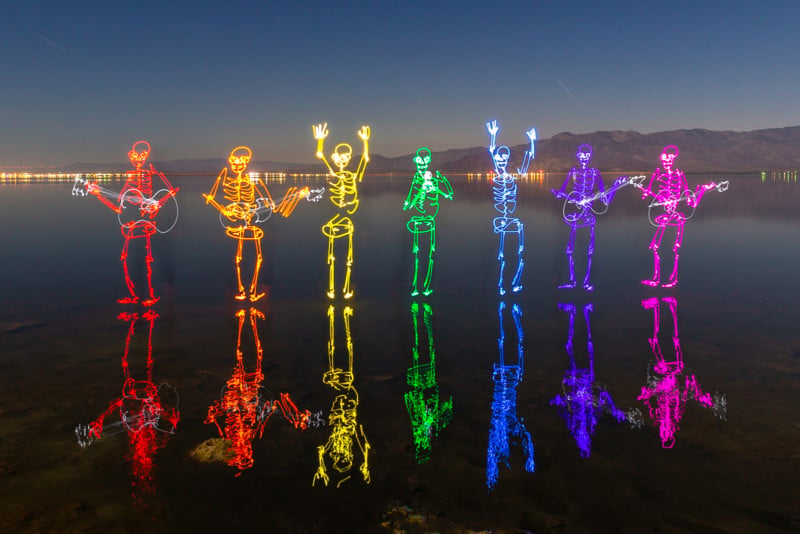 The colorful look of the series was a goal of Pearson’s from the beginning but evolved to include more than that over time.

“First, the challenge was to use all the colors, but it soon became to give each skeleton an action, a personality, and a purpose. I wanted to give each of my light skeletons a job, as if they were all in a band playing different instruments at a show,” he says. 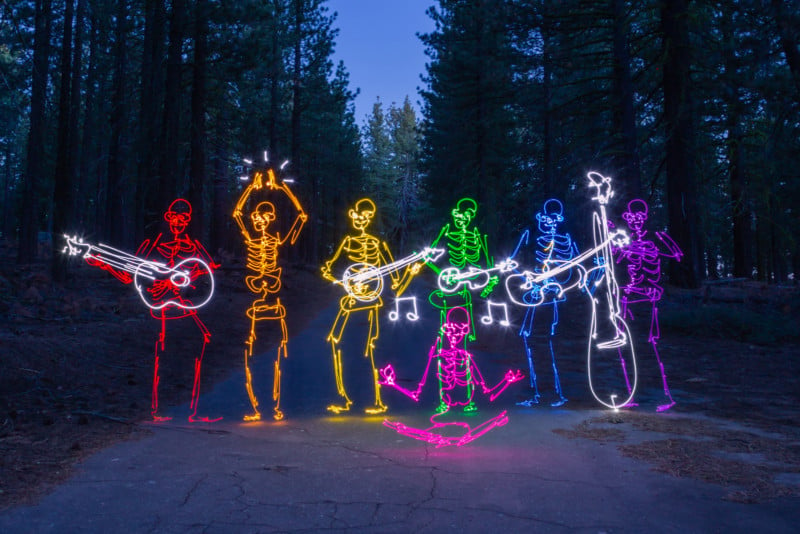 Pearson says most of the images were captured a little after blue hour: the time between sunset and the full onset of the darkness of night.

“Some [were shot] under the Milky Way and the camera settings varied based on ambient lighting,” Pearson explains. “These photos took roughly six to eight minutes to capture and they were almost always ‘one and done’ due to the physical nature of creating so many characters in a single long exposure. They don’t always turn out well!” 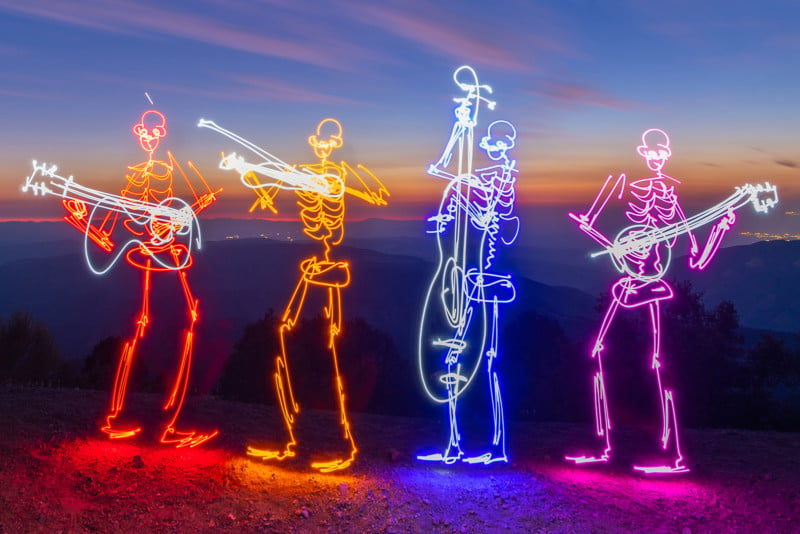 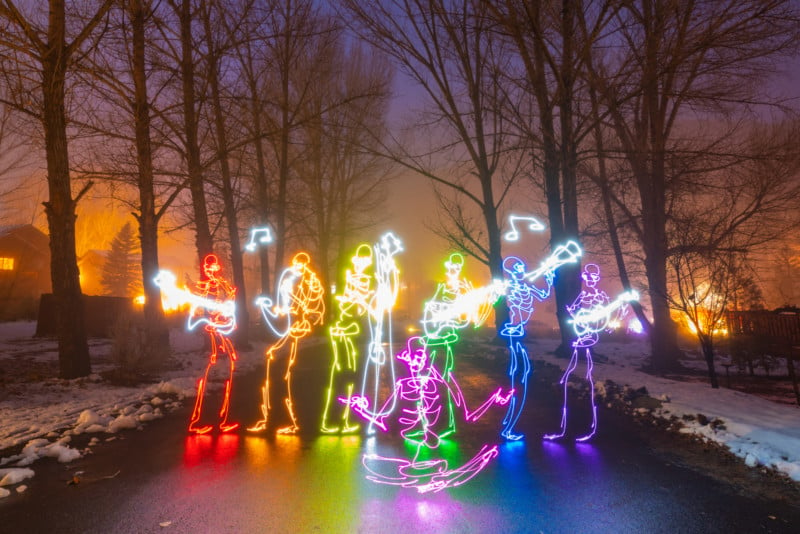 Pearson’s Ghost Bands isn’t a project he thinks is complete and says he will continue to work on it and cover more genres and icons he hasn’t gotten to yet.