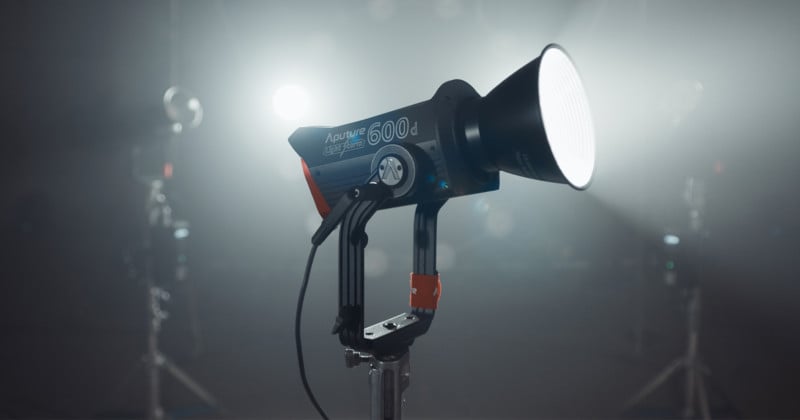 Aputure has announced the LS 600D LED point source light, a scaled-down version of its LS 600D Pro. It packs the same punch, but drops a few of those “pro” features in exchange for a more approachable price.

Even though it’s not quite as advanced as the LS 600D Pro doesn’t mean the LS 600D isn’t useful in professional environments. Aputure claims the exact same power as the Pro, with an output of at least 8,500 lux when paired with the company’s Hyper-Reflector or up to 29,300 lux at three meters with the F10 Fresnel. 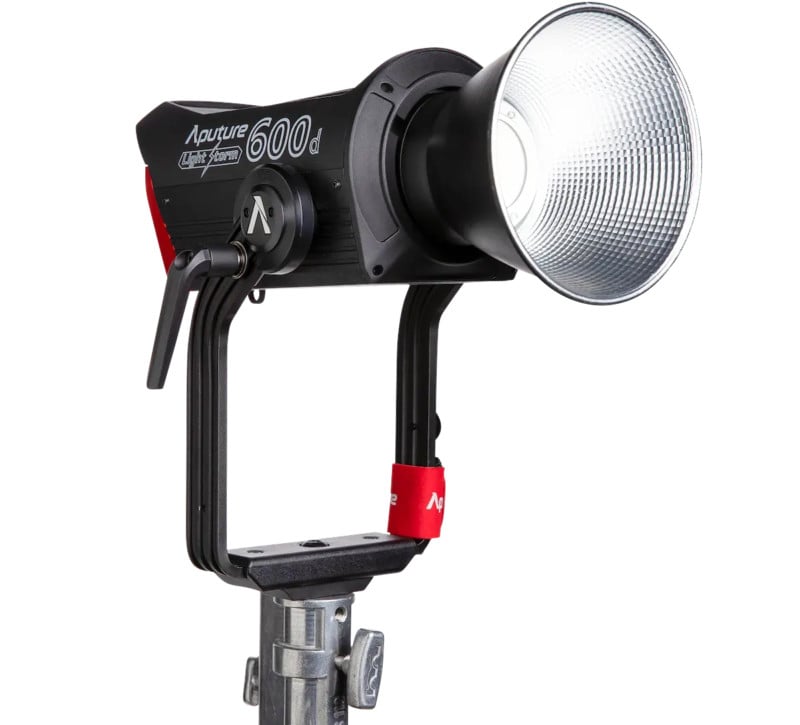 It features the same Bowen’s Mount that has come to be the industry standard and can therefore be used with a host of lighting modifiers from the aforementioned reflector through various softboxes. Part of the LS 600D’s selling point is that it has a significantly smaller control box than its Pro sibling: it tips the scales at 7.14 lbs, nearly half the weight of the 12.79 lbs box that comes with the LS 600D Pro.

Despite the smaller control box, the LS 600D Pro maintains the same 2.4G Remote Compatibility, DMX512 In and Out, amd the Sidus Link capability of the Pro controller.

Aputure is advertising this light as designed for indie filmmakers, content creators, and photographers and most of the features the company has left out when compared to the Pro model align with that mentality. Aputure dropped the LumenRadio CRMX, Art-net compatibility, and controller box-based battery-charging functionality, but these are not features that the average content creator is going to demand. That said, the company also ditched weather resistance in this model, which is unfortunate as that is a feature that content creators at any level would appreciate. 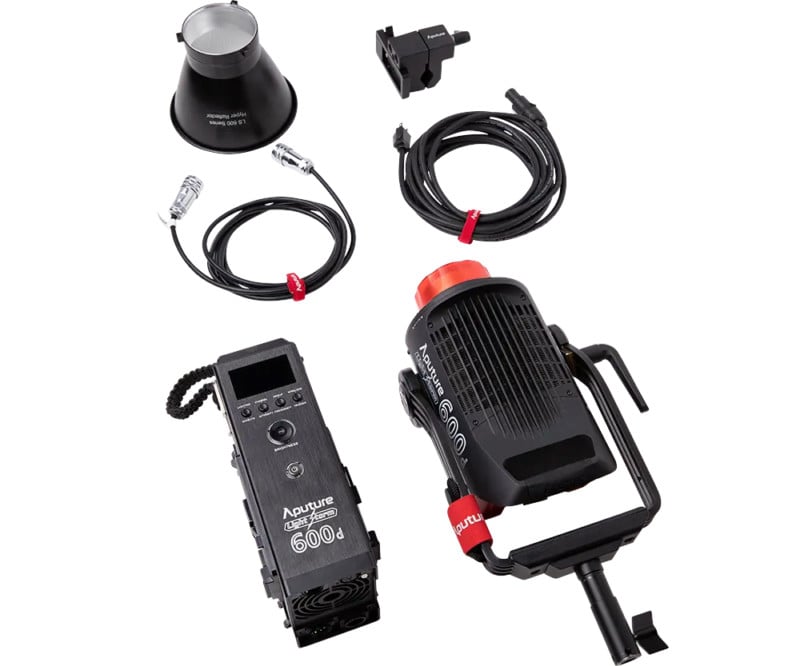 Aputure lists the head unit of the 600D as slightly heavier than the 600D Pro, even though the bodies share the same physical dimensions: The 600D weighs 10.34 pounds whereas the 600D Pro is 10.23 pounds. Minor, but still notable.

The LS 600D makes its strongest argument for itself in the lower price: $1,390. Compared to the $1,890 Pro model, that’s a significant savings for what amounts to a majority of features that most won’t miss. In Aputure’s full line of products, the LS 600D slides in between the 300D II (which retails for $949) and the LS 600D Pro. The Aputure LS 600D will start shipping in May.