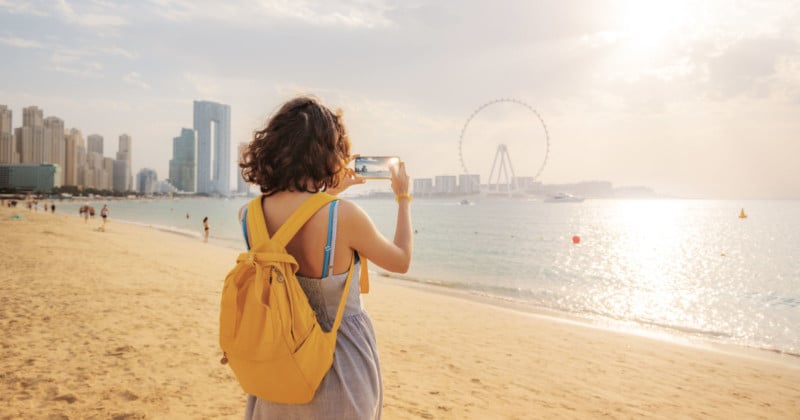 In 2017, Cassie De Pecol broke two Guinness World Records and gained recognition in the National Woman’s History Museum as the first woman on record to travel to every country in the world. Except, she very likely wasn’t.

De Pecol has been widely covered as the first woman to travel to every country across multiple media outlets including CNN, Forbes, The New York Times, and Today. Her success has been driven by videos and photos published online that document her travels.

In a detailed report by The Washington Post’s Taylor Lorenz, De Pecol’s claims are strongly questioned and cut to the core of the travel influencer market: Does traveling to every country count if you don’t photograph it and post it on the internet?

The report definitively states that despite her claims, De Pecol is not the first woman to travel to every country in the world. That honor likely belongs to Dorothy Pine, who traveled extensively throughout the 20th century. Even if Pine’s travels can’t be fully verified, there are others who claim their travels can or already have been.

According to Rapid Travel Chai, which cites multiple organizations that verify travel claims, there are actually 11 women who have traveled to every country in the world and there are very likely others who may not have made their travels publicly known.

Lorenz spoke with Nina Sedano who, at 56, is the most traveled woman in Germany and also says she’s visited every country in the world. Not only that, she says she completed her trips by the end of September of 2011, well before De Pecol’s supposed record. When Sedano attempted to contact De Pecol about her claims, she did not hear back. The Post’s report cites other times De Pecol was confronted about her claims, to which she also ceased communications.

De Pecol is currently the subject of a lawsuit brought by Travelers United. The organization is suing her under D.C.’s Consumer Protection Procedures Act (CPPA), claiming that De Pecol engaged in misleading or false advertising.

The complaint alleges that she “defrauded investors and sponsors by telling them she was the first woman to travel to every country on earth when she was not, but she also misled and deceived press even years on, about her accomplishments.”

“This complaint is yet another baseless attack on me and my accomplishments,” De Pecol tells The Washington Post. “I intend to vigorously contest what regrettably appears to be a rehash of the same untenable allegations that have been leveled against me in the past.”

Travelers United hopes that the lawsuit will bring more attention to influencer marketing, especially when it comes to travel. De Pecol’s claims were largely uncontested to this point perhaps due to her large social media following. She has hundreds of thousands of followers on Instagram and TikTok, hosts a podcast, has given a TED Talk, has accepted paid speaking engagements, and has written a book, all of which hinge on her claim as the first woman to travel to every country.

Audrey Walsworth, another woman who says she has traveled to every country before De Pecol did — and whose claim has been verified — tells The Washington Post that she hopes this situation will bring more fact-checking to influencer marketing. She says the problem with social media is that there is so much out there, that people assume it’s true.

Taylor Lorenz’s full story can — and should — be read on The Washington Post.