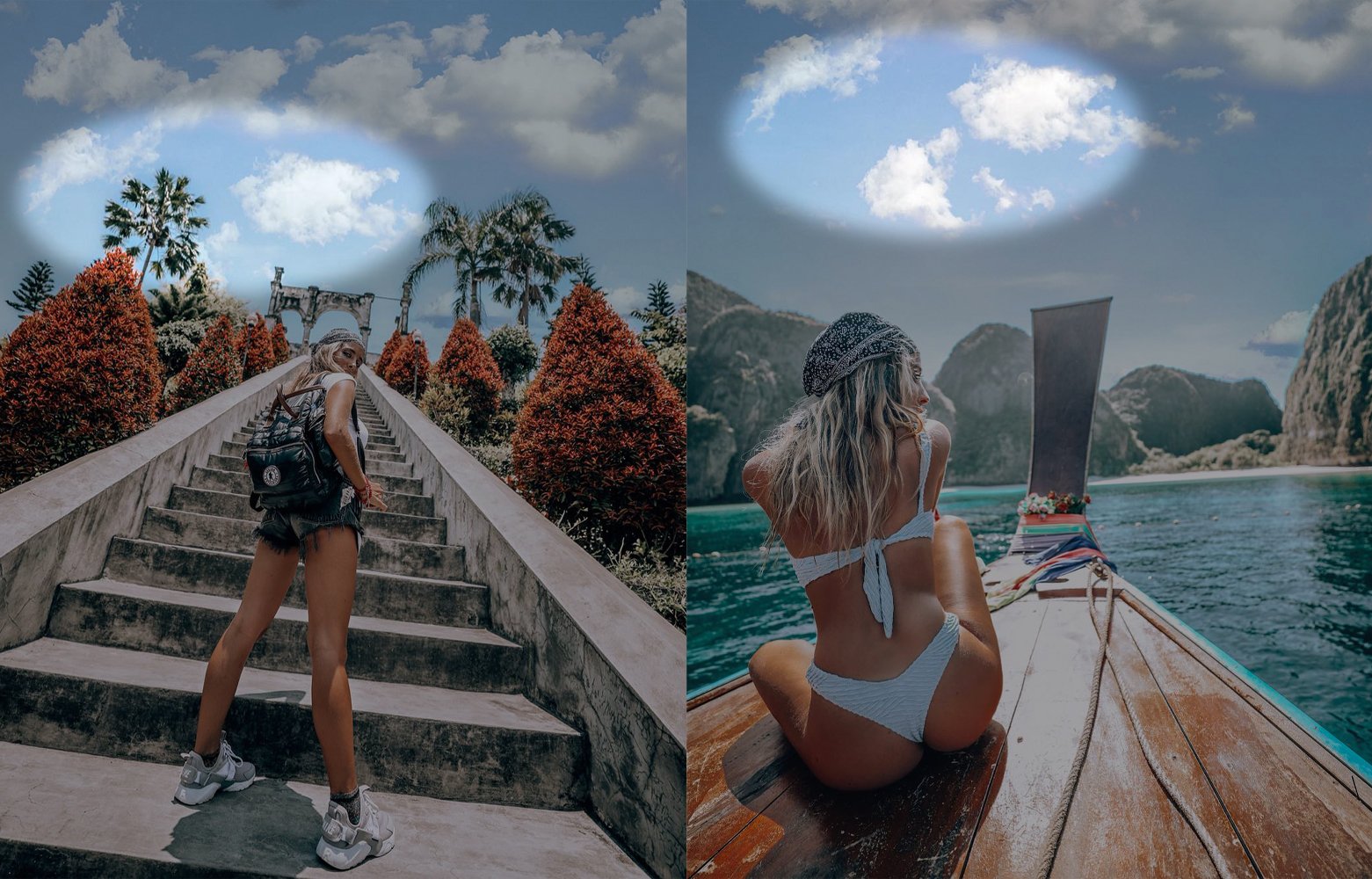 Well, this is a little embarrassing. Argentinian travel influencer Tupi Saravia is being called out online after some eagle-eyed fans noticed that several of her images feature the exact same clouds… despite being taken in different parts of the globe. Oops…

The gaff was first pointed out by Twitter User @santilishi, before being amplified by social media industry commentator Matt Navarra. Navarra tweeted a four-photo collage that seems to show the exact same sky in every shot, despite three of the photos being tagged as taken in Indonesia, Italy and Thailand. The rest of the image confirms these locations, but the clouds in the background look identical:

This travel ‘influencer’ spookily has the same clouds in every photo. 😲🤔😆 pic.twitter.com/uYzXhTiRJp

If it seem like the same exact sky is following her around form country to country, that’s because it sort of is… via an app.

The fact is, Saravia has never tried to hide the fact that she edits her images, including sky replacement. As she told BuzzFeed, she has been openly using the Enlight Quickshot app to swap out skies and enhance photos for a long time. But that hasn’t stopped the Internet from having a field day with the repeated use of the same sky. While some users came to her defense, basically just saying that this wasn’t a big deal, others took a more humorous route:

Not her mistake. Clouds should stop stalking her.

"Everywhere you go, you always take the weather with you" 🎵

As several Twitter users have pointed out, this isn’t that big of a deal, since sky replacement is hardly a “harmful” type of photo manipulation. She’s still traveling to gorgeous places and taking pretty pictures… her only mistake is dropping in the same clouds into every image where the sky was blown out. We’ve seen much worse forms of manipulation in the interest of product placement.

That said, it does continue to drive home the message we saw from another influencer just a few weeks ago: social media isn’t reality; Instagram isn’t real.

How to Shoot Refraction Macro Photos in Water Drops, Glass Beads and More