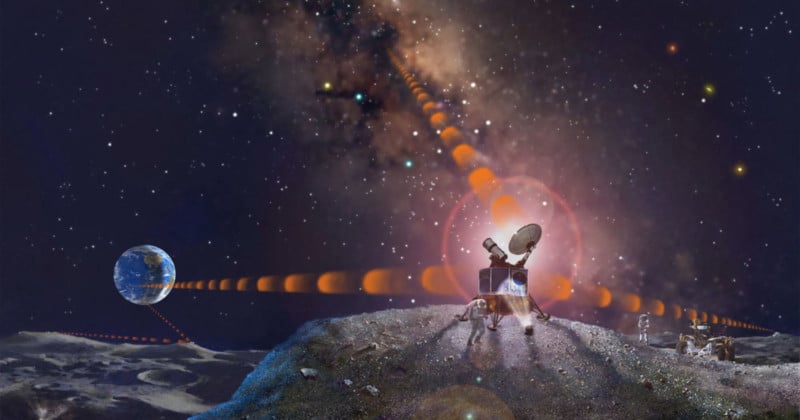 The International Lunar Observatory Association (ILOA) in Hawai’i is preparing to launch a dual-camera system attached to a Moon lander whose primary purpose will be to photograph the cosmos.

The International Lunar Observatory (ILO) missions have been in development for the better part of a decade. In 2013, ILOA and the Moon Express corporation announced the private enterprise mission in 2013 that would have both scientific and commercial purposes with the goal of delivering the ILO to the Moon’s South Pole aboard a robotic lander. The hope is that it would establish permanent astrophysical observations and lunar commercial communications systems for professional and amateur researchers.

Over the years, the program has seen some delays, and the south pole mission launch date is still undetermined. That said, the precursor to that system will be sent to the moon this year and its launch is set for this summer.

Why Put a Camera on the Moon?

ILOA says that there are numerous advantages to photographing the cosmos from a position on the Moon. Firstly, the organization says that the natural environment of the moon is friendlier to observatories than those on Earth. “The Moon’s near lack of atmosphere would eliminate much of the need for costly adaptive optics technology. Earth’s atmosphere also forces almost all (except radio) observatories to be placed at difficult-to-reach, high-altitude locations. Even then, the Sun, rain, clouds, air/wind and even the Moon hamper Earth-based observing. Storms and hurricanes can occur, sometimes damaging science facilities,” ILOA explains.

Because there are much fewer issues with the physical environment, ILOA argues that facilities on the moon will stay in pristine condition for longer — even forever. Additionally, an observatory on the moon would be able to operate continuously without having to compete with Earth’s day-night cycle. ILOA says that only a rotating baffle or sunshade would be required to allow constant observations from a lunar location. “The Moon’s environment offers a platform proven to be more stable than the Earth’s. This enables the use of simple, low-cost telescope bases. Long exposure times, a characteristic shared by observations from both the Earth and the Moon, could allow for an effective Earth-Moon interferometer,” ILOA adds.

The fact there is no human presence on the moon is another benefit, as there would be no problem with light pollution and the sheer amount of space on the Moon means that ILOA could dramatically expand its facilities there over time.

There are, of course, downsides as well. Micrometeorites strike the surface of the moon randomly, cosmic and solar radiation can damage observation instruments, temperatures oscillate in shifts as large as 350 degrees Celcius, and lunar dust could pose problems and interfere with telescope operations. Despite these concerns, ILOA is pressing on.

The ILO-X observatory features two cameras: one narrow field and one wide field. The ILO-X ILO-X instrument weighs about 0.6 kilograms and was developed for ILOA by Toronto-based Canadensys Aerospace. The camera system is set to be launched with the Intuitive Machines IM-1 lander aboard a SpaceX Falcon 9 rocket from Florida later this year and touch down on the near side of the Vallis Schroteri region. It will capture some of the first photos of the Milky Way from the Moon’s surface.

In preparation for the launch, ILOA is asking students in Hawai’i to help name one of the two cameras, specifically the narrow field-of-view instrument which is expected to achieve the main mission objective of photographing the Milky Way Galaxy in high resolution.

The name given by students will be decided by a panel of respected people located in the state of Hawai’i. At the time of publication, ILOA was estimating the launch to take place in June, 2022.

Update 4/8/22: The original story incorrectly stated that the ILO-1 lunar south pole mission would take place in 2022 when in fact the precursor to that mission, ILO-X, is the one set to launch in June. There is no current timeline for the launch of the ILO-1 mission. We apologize for the error.