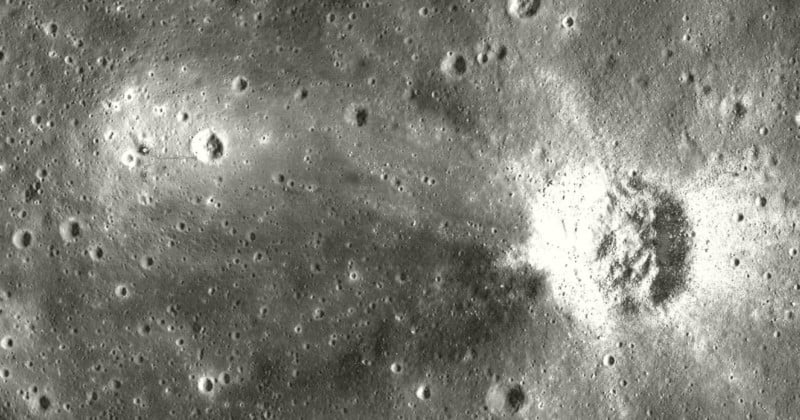 July 20, International Moon Day, marked the 53rd anniversary of the Apollo 11 Moon landing. To celebrate, NASA released a video that revisits the mission’s landing point on the Moon to reveal the astronaut’s tracks are still there after all this time.

NASA says that Apollo 11 is one of the most well-known missions to the moon. Still, it was only successful because prior missions — such as robotic explorers like Ranger and Surveyor — paved the way and allowed NASA to test traveling to and landing on the Moon. Crewed missions like Apollo 8, 9, and 10 tested entering and exiting lunar orbit.

“Apollo was the finest hour of America’s space program. In just eight years, we had gone from zero human spaceflight capability to landing men on the surface of the moon. From these missions, scientists developed a new view of the origin and evolution of the planets and of life on Earth,” Paul D. Spudis of the Lunar and Planetary Insitute writes in a history of moon exploration for NASA.

Paying tribute to the mission, NASA shared a video on Twitter that uses footage captured by the Lunar Reconnaissance Orbiter that reveals the landing spot for the Apollo 11 mission is still visible on the surface, over 50 years after the first time humans stepped on the surface of another world.

It’s #InternationalMoonDay! Today marks the anniversary of the Apollo 11 Moon landing – the first time that humans stepped on the surface of another world. This video from the Lunar Reconnaissance Orbiter shows the astronauts' tracks, still there after all this time. pic.twitter.com/LVDkFeEcYP

The Lunar Reconnaissance Orbiter has been imaging and exploring the Moon since 2009. NASA says that it has returned more data to Earth than any other planetary mission — nearly 1.4 petabytes of data in total, which equals about half a million hours of movies.

The footage from the Lunar Reconnaissance Orbiter is available in high resolution and can be viewed through Moon Trek, a browser-based interface that allows anyone to explore the Lunar surface.

NASA is not done with the Moon. The space agency is currently preparing to return to the lunar surface, and missions like Artemis I and CAPSTONE are acting as “pathfinders” and testing plans before humans make their historic return. Artemis I will be the first integrated test of NASA’s deep space exploration systems: the Orion spacecraft and Space Launch System (SLS) rocket.

“Future exploration missions with crew aboard Orion will assemble and dock with a Gateway,” NASA explains.

“NASA and its partners will use the gateway for deep-space operations including missions to and on the Moon with decreasing reliance on the Earth. Using lunar orbit, we will gain the experience necessary to extend human exploration farther into the solar system than ever before.”